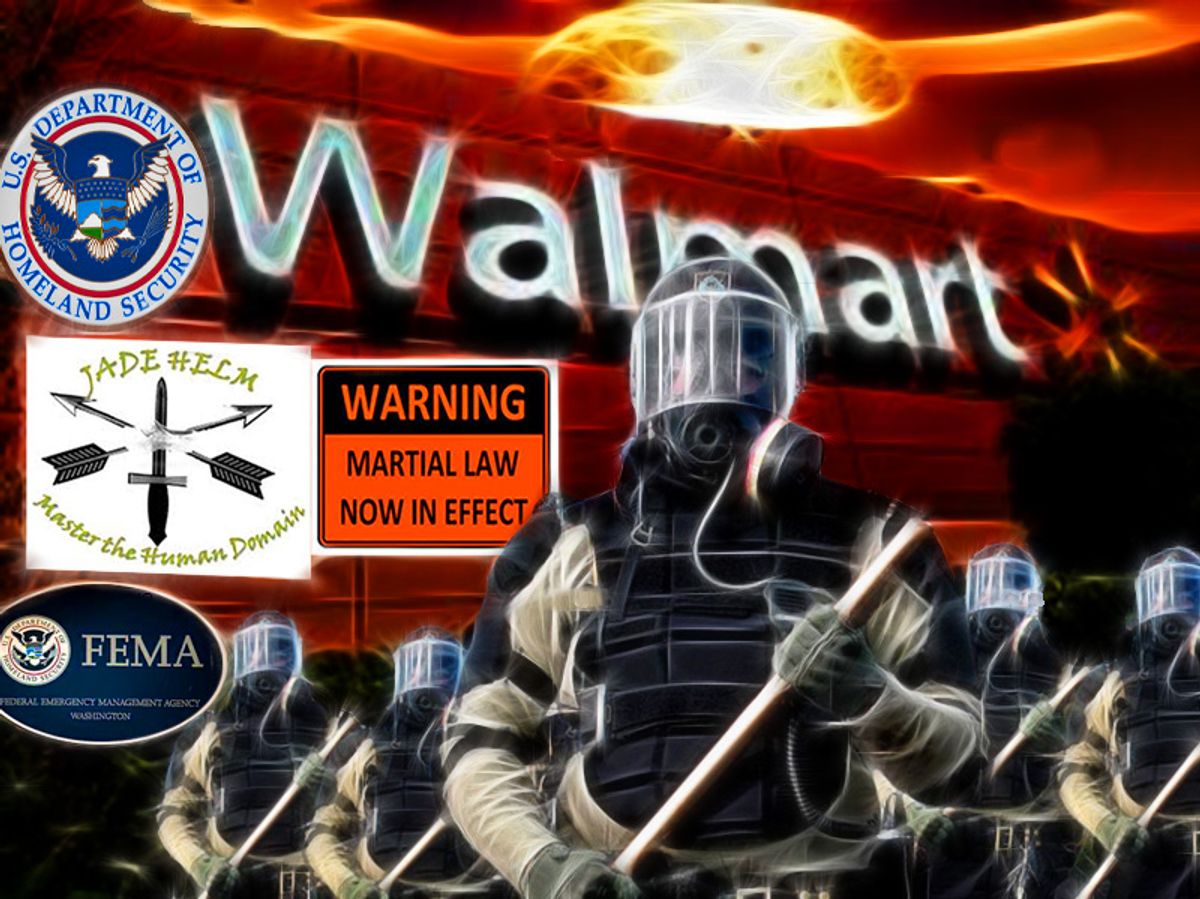 From website "Conservative Frontline" titled "Operation Jade Helm Claims First Civilian Casualty". Can you confirm this to be true?

Two heavily armed individuals belonging to a local 'patriot militia' group soon arrived on scene to assist law enforcement. Upon their arrival the suspect reportedly took off from the Wal-Mart parking lot and a high speed chase ensued.

It was on their way back towards the Wal-Mart on W Ford Rd that [militia member Burt Williams]'s pickup truck struck a deer, critically wounding the animal. Seeing the deer in distress, Burt decided a mercy kill was in order. The bullet from Williams’ AR 15 allegedly blasted through the deer’s brain and ricocheted off the road, striking fellow PP4T member Cledus Reed in the throat, killing him almost instantly.

However, Conservative Frontline was not the only outlet to which the claim was published. An identical article appeared on the web site of well-known fake news site National Report, who (like many news hoax purveyors) recently began diversifying URLs from which their content originates to circumvent Facebook's crackdown on "satire" sites. In recent months, higher profile sites such as New York Times, the Washington Post, USA Today, and NBC have been spoofed in an effort to dupe readers into sharing fabricated claims.