Did New Zealand PM Jacinda Ardern Once Say, 'Unless You Hear It from Us, It Is Not the Truth'?

Maybe more importantly, when and in what context did she say that? 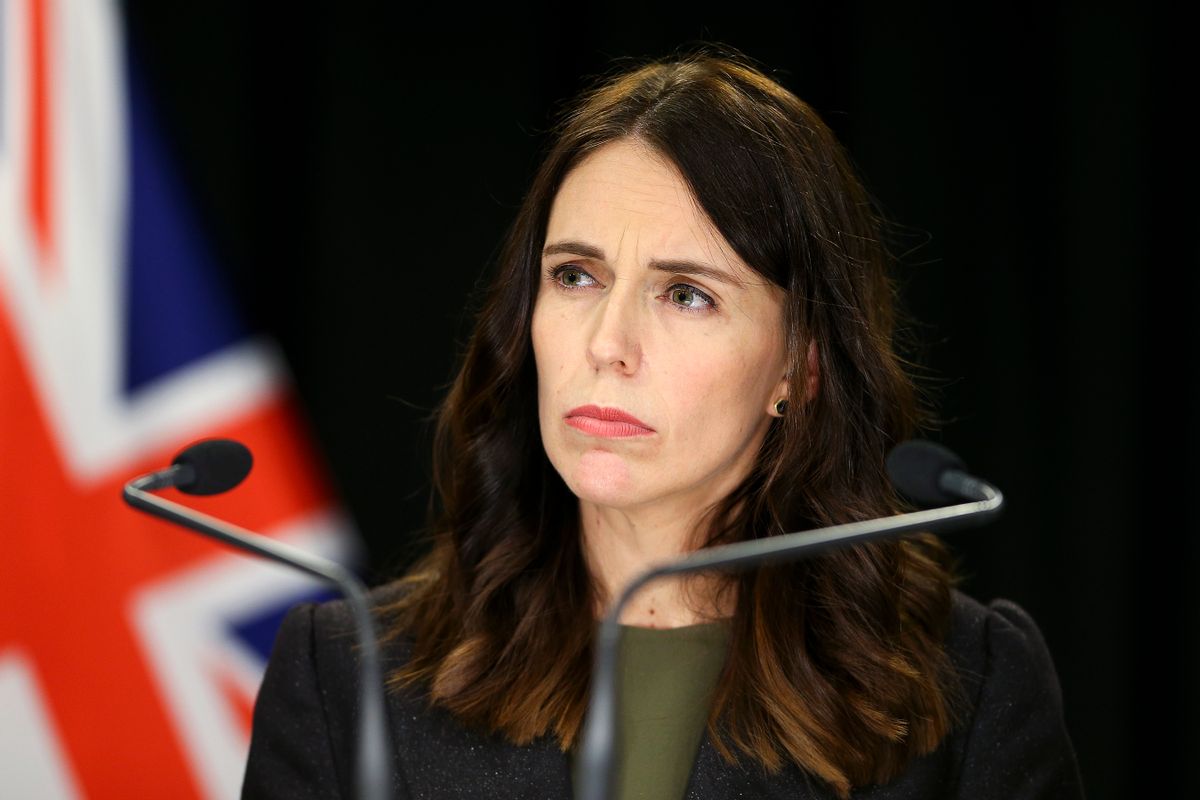 Claim:
New Zealand Prime Minister Jacinda Ardern once said, "We will continue to be your single source of truth," and that, "Unless you hear it from us, it is not the truth."
Rating:

Context was missing from a video of these remarks that was reshared in July 2022. One day after tweeting the video, The Daily Wire issued a second tweet to correct that the remarks were more than two years old. Further, the video that was shared on social media did not include around 27 seconds that preceded the clip, in which Ardern spoke more about not being fooled by potentially misleading information on social media in the early days of the COVID-19 pandemic.

On the afternoon of July 25, 2022, the conservative blog The Daily Wire reshared a video on Twitter that showed New Zealand Prime Minister Jacinda Ardern speaking to members of the press about the COVID-19 pandemic. The two highlighted moments were that Ardern said, "We will continue to be your single source of truth," and, "Unless you hear it from us it is not the truth."

The video had previously been uploaded to the platform by another user.

More than 16 hours later, The Daily Wire replied to its own tweet, adding a correction of sorts: "Note: This clip is from 2020." However, by that point, several of the top replies to the original tweet showed that users appeared to jump to conclusions by believing that Ardern's remarks were new.

The video on social media that was reshared by The Daily Wire did not include around 27 seconds that preceded the clip, in which Ardern spoke more about not being fooled by misleading information on social media in the early days of the pandemic.

The New Zealand Herald hosted more of Ardern's remarks in a video that was shot from a different angle. According to the reporting, the video showed Ardern speaking in Rotorua on March 19, 2020, the same time when much of the world was experiencing the beginning of the COVID-19 pandemic.

We transcribed the longer version of Ardern attempting to reassure her citizens, which included 27 seconds (bolded below) that were not seen in the Twitter video that was reshared from another account by The Daily Wire:

Ardern: I've been watching for some days, and this is not unique to New Zealand, that, in the midst of what is a global issue, as you would expect, there are a number of rumors that would circulate. I am present on social media. I see it myself. I cannot go around and individually dismiss every single rumor I see on social media, as tempted as I might be. So instead, I want to send a clear message to the New Zealand public. We will share with you the most up-to-date information daily. You can trust us as a source of that information. You can also trust the director-general of health and the Ministry of Health for their information. Do feel free to visit it anytime to clarify any rumor you may hear. COVID19.govt.nz. Otherwise, dismiss anything else. We will continue to be your single source of truth. We will provide information frequently. We will share everything we can. Take everything else you see with a grain of salt. And so, I really ask people to focus.

Reporter: The most egregious example of that appears to be this text which originated in Malaysia and has kind of become a viral hoax in Australia and New Zealand. How irresponsible is it… the people that are sharing that news of a lockdown imminent in New Zealand?

Ardern: And look, that's the kind of thing that adds to the anxiety that people feel. So I can tell you this message: New Zealanders must prepare, but do not panic. Prepare. And when you see those messages, remember that unless you hear it from us, it is not the truth. And I really ask people. Just visit COVID19.govt.nz. It has all of the up-to-date information and we will continue to provide everything you need to know.

According to BBC.com, New Zealand's four-stage alert system for COVID-19 rose to its highest-possible level just one week later on March 25, which "triggered a total nationwide lockdown, with only essential services running and everyone told to stay at home, in their 'bubble.'"

In Ardern's remarks in the video, she promised, "We will share with you the most up-to-date information daily," and said that those updates would happen "frequently." She also added, "We will share everything we can." Four days before Ardern said these words, The Daily Wire's co-founder, Ben Shapiro, published an opinion column in which he wrote, "We should favor governments that are transparent in their distribution of information." He also added that, "We must stop humoring anti-scientific rumormongering about issues like vaccines," and that "misinformation about vaccinations should generally be rejected."

Shapiro's column ended with this bit of advice: "Jumping to conclusions based on lack of information is a serious mistake."