Does a Photograph Show Ivanka Trump with Vladimir Putin and Wendi Murdoch? 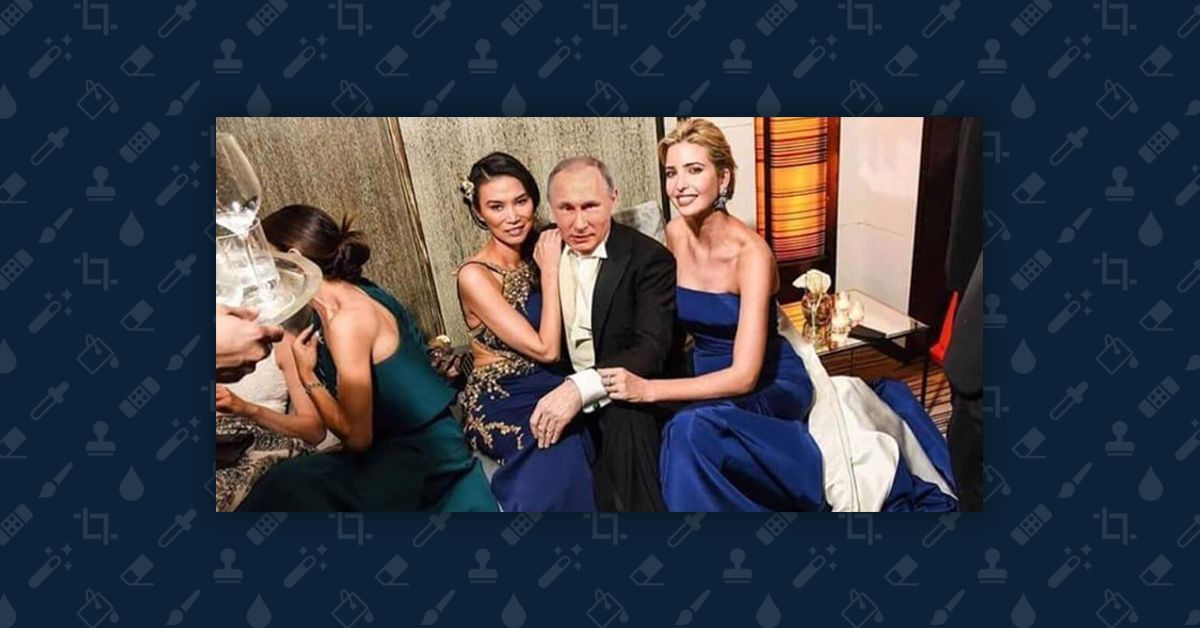 The image was frequently circulated with messages claiming it was proof that Donald Trump had colluded with Russia to win the 2016 U.S. presidential election. However, the photograph is a manipulated image and not a real picture of the First Daughter.

The original photograph depicted Ivanka Trump and Wendi Murdoch, but the male posing with them was film director Baz Luhrmann, not Vladimir Putin. It was taken by photographer Hannah Thomson at an after-party of the Costume Institute Gala and was included in Vogue magazine's gallery displaying images from the best parties of 2015: This fake image also promulgated the rumor that Murdoch, an old friend of Ivanka Trump's, was dating Vladimir Putin. Murdoch denied that she was in a relationship with the Russian President in July 2016.