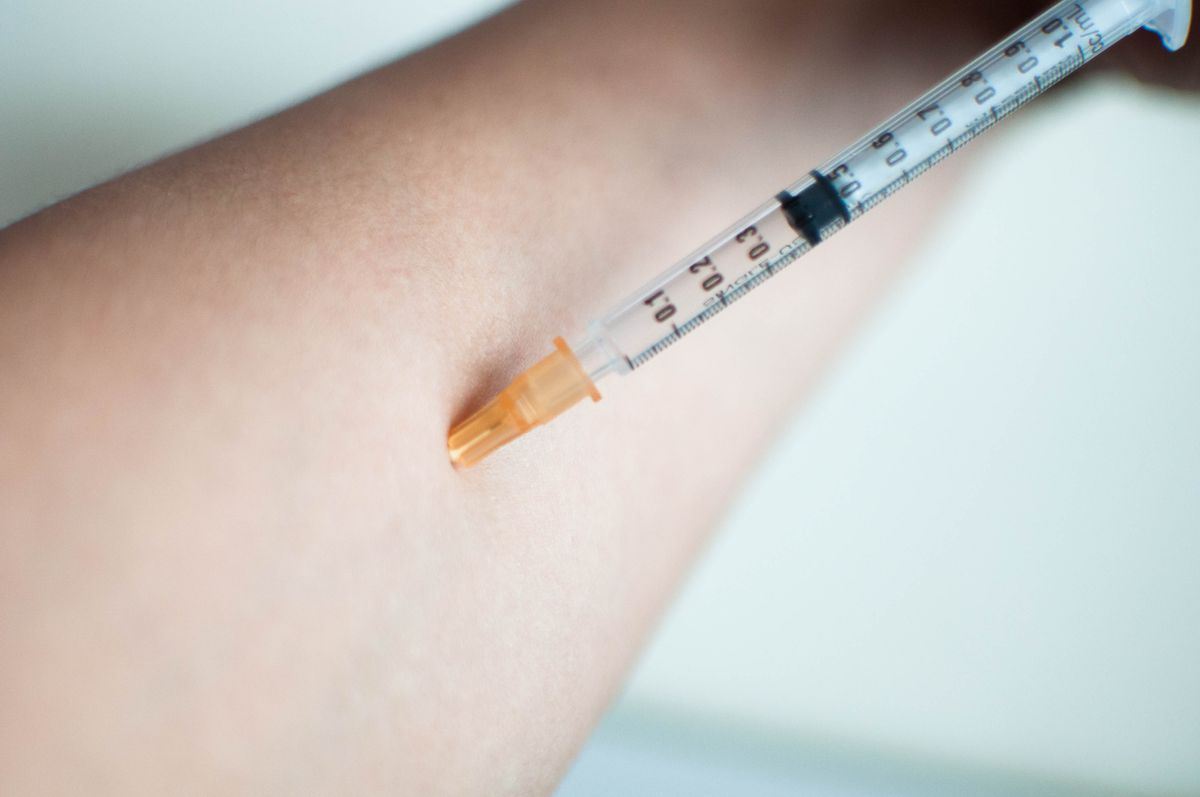 Claim:
Intravenous drug users commonly clean their needles by sticking them into rolls of toilet paper in public bathrooms.
Rating:

The Occupational Safety and Health Administration and the National Institute for Drug Abuse both said they are not aware of it being a common practice for intravenous drug users to clean needles by stabbing them into rolls of toilet paper.

Whether a photograph shows a roll of toilet paper that was used to clean a needle is unknown.

In March 2019, a number of social media users encountered a piece of text warning them to be extra cautious in public bathrooms because intravenous drug users purportedly were known to clean their needles by sticking them into rolls of toilet paper:

I took a HAZWOP class about 6 months ago and ever since then I always look at the toilet paper roll in a porta potty or public restroom before deciding to do my business. The instructor warned us about intravenous drug users cleaning their needles by stabbing the dirty needle into the roll of toilet paper to clean the blood off of the tip.

This photograph and text was originally shared by Facebook user Gavin Aubert. The post racked up hundreds of thousands of shares, but was ultimately deleted after it attracted bots that flooded the comments section with spammy links. We managed to get in contact with Aubert's wife, who told us that her husband truly wrote the text, and that the photograph had been taken at a KFC in Federal Way, Washington.

While Aubert may be relaying something he actually heard during a HAZWOPER class — Hazardous Waste Operations and Emergency Response is a set of guidelines set by the Occupational Safety and Health Administration (OSHA)  — that does not mean that this practice is widespread. A spokesperson for OSHA told us that the organization had not heard of this practice.

We received a similar response from the National Institute on Drug Abuse (NIDA). The Institute told us that concerned citizens should check with their local public health departments for more information, but, generally speaking, the organization had no evidence that drug users were cleaning needles by stabbing them into toilet paper rolls in public bathrooms.

A spokesperson for the Washington State Department of Health said that they were also unaware of any reports of drug users cleaning needles by sticking them into toilet paper rolls:

We have never heard of this. This practice seems extremely unlikely because the tip of the needle could break off if one tried to stab it through a toilet paper roll. I'm not sure why someone would risk that if what they wanted was to use the same needle for another shot. Logically it would be much easier to wipe off the tip with some toilet paper rather than stabbing it through the roll.

Here is the info on how someone would properly clean a needle/syringe.

That said, the best public health practice endorsed by CDC and the US Public Health Service is to use a new sterile needle/syringe for every injection.

We reached out to the Federal Way Police Department but did not hear back by press time.

As noted by the Washington Health Department, the method described in this viral Facebook post is not effective in cleaning a needle. Health officials also say drug users should never share needles as it puts them at risk of getting or transmitting disease such as hepatitis or HIV. HarmReduction.org also recommends against re-using needles in general:

The only to definite way to avoid disease transmission of this sort is to never share needles, syringes, or other injection equipment.

It is therefore extremely important for every injector to have his or her own set of works, and an ample supply of needles and syringes so that they never have to share or re-use their own—but especially others’—injection equipment.

Cleaning needles and syringes is a complicated process that, even if done according to the best scientific advice currently available, is not a 100% fool-proof method of avoiding harmful bacteria, viruses, and other blood-borne pathogens.

The Centers for Disease Control and Prevention (CDC) states that drug users can reduce the risk of HIV by cleaning their needles in bleach, but this method still does not completely eliminate the risk. The CDC suggests that drug users find a local syringe service program (SSP) to obtain free sterile needles:

The best way to reduce the risk of getting or transmitting HIV through injection drug use is to stop injecting drugs. Talk with a counselor, doctor, or other health care provider about substance use disorder treatment, including medication-assisted treatment. To find a treatment center near you, check out the locator tools on Substance Abuse and Mental Health Services Administration (SAMHSA) or www.hiv.gov, or call 1-800-662-HELP (4357).

If you continue injecting drugs, never share needles or works. Many communities have syringe services programs (SSPs) where you can get free sterile needles and syringes and safely dispose of used ones. They can also refer you to substance use disorder treatment and help you get tested for HIV and hepatitis. Contact your local health department or North American Syringe Exchange Network (NASEN) to find an SSP. Also, some pharmacies may sell needles without a prescription.

Other things you can do to lower your risk of getting or transmitting HIV, if you continue to inject drugs, include:

Cleaning used needles with bleach. This may reduce the risk of HIV but doesn't eliminate it.

In short, rumors about intravenous drug users cleaning their needles by stabbing them into rolls of toilet paper in public bathrooms were based on a single, unverified Facebook post. As of this writing, we have not encountered any evidence to suggest that this practice is widespread.

Variations on this claim