A stark illustration of the tragic impact coronavirus had on parts of Italy in 2020. 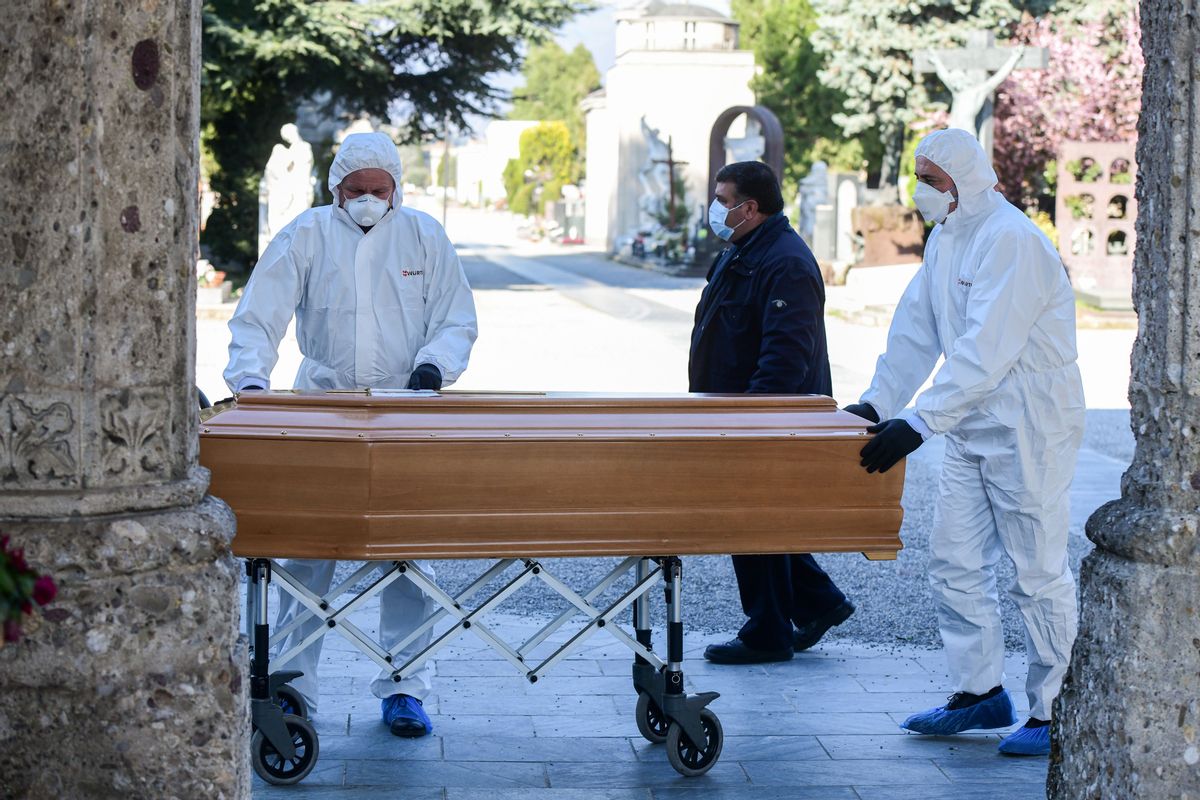 Claim:
Images shared in March 2020 showed a convoy of military trucks transporting bodies away from an over-subscribed crematorium in Bergamo, Italy.
Rating:

In March 2020, video footage emerged online that reportedly showed Italian army trucks transporting coffins due to overcrowding at a local crematorium. It was a stark and tragic illustration of the devastating impact of the COVID-19 pandemic on the country.

We received multiple inquiries from readers about the videos, which were featured in various news articles describing the footage as showing military trucks transporting coffins away from a crematorium in the northern city of Bergamo, because the local death rate from the virus had exceeded its capacity.

Tragically, those descriptions were accurate, and the videos did indeed show just such an appalling scenario.

Eugenio Iafrate, a resident of Bergamo, posted the following video to Twitter on March 18, along with the caption, "Bergamo this evening. Army truck transporting coffins."

That footage later formed the basis of a report published by BBC News.

We cross-referenced using Google Maps; based on the "PizziKotto" restaurant shown in the video and its proximity to a gas station and green space, the footage appears to have been recorded on Via Borgo Palazzo in Bergamo, a northern Italian city located around 30 miles east of Milan.

Another widely-shared still image posted to Twitter was originally published by the Italian news agency ANSA, which quoted provincial national police (Carabinieri) Colonel Paolo Storini as saying: "Unfortunately, the increased number of deaths has brought about an increased number of bodies,  which clearly the [Bergamo] cemeteries could not handle." Storini said he hoped images of the tragic transport operation would serve as a stark reminder to anyone going out in public too much or "not respecting the rules coming from civil and health authorities."

Another widely-shared video, posted to Twitter on March 19, showed the same army-led transport of coffins. It was captured very close to the site of Iafrate's footage on Via Borgo Palazzo:

The national newspaper Corriere della Sera reported that the operation had taken place on March 18 with 18 army trucks transporting around 60 coffins away from Bergamo to be cremated in various cities like Modena, Parma, and Piacenza. A statement from Bergamo's municipal government, cited in Corriere's report, explained the stark reality that led to the decision:

"The crematorium in Bergamo, working flat out on a 24-hour basis, can cremate 25 deceased persons. It's clear that it could not handle the numbers seen in the past few days."

According to Corriere, the city intends to ultimately return the ashes of the bodies cremated in other locations to their final resting places in Bergamo.