Thousands of Israelis Were Absent from the WTC on 9/11? 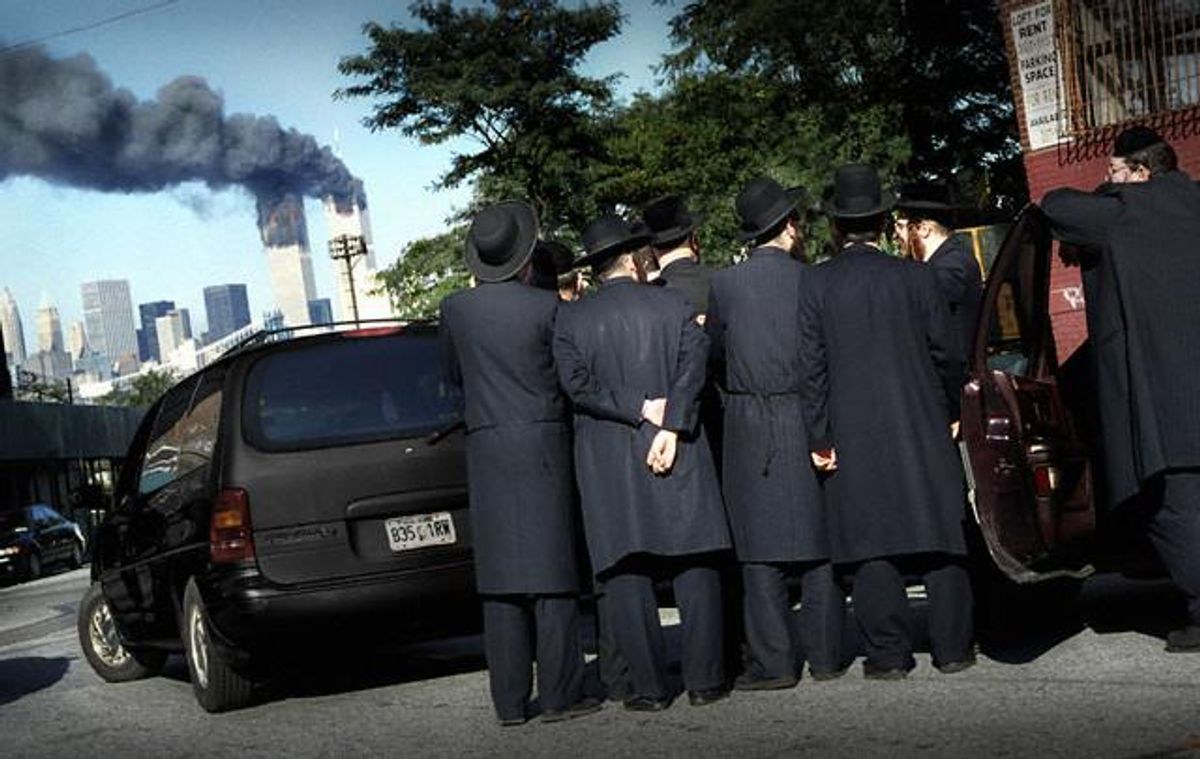 Claim:
Four thousand Israelis employed by companies housed in the World Trade Center stayed home from work on 9/11, warned in advance of the impending attack on the WTC.
Rating:

None of us needed any reminders after the events of September 11 about what an ugly place the world could be, but we continued to receive those reminders nonetheless. In this case, there were plenty of anti-Semitic, anti-Zionist, and anti-Israeli groups eager to use the horrors of September 11 as fodder for propaganda to serve their own political ends.

The pieces quoted above scarcely merit the dignity of a rebuttal. One need only have read newspaper accounts of the thousands of deaths, viewed TV news interviews with grieving families, and scanned the lists of the dead and missing to know that the terrorist attack on New York City claimed the lives of Christians, Jews, and Muslims; agnostics, atheists, and the non-religious alike. No religion was spared, no denomination singled out. Ordinary people of all nationalities suffered. No miracles, human intervention, foreknowledge, coincidence, or vagaries of fate saved more than a few World Trade Center workers from meeting their deaths that day.

Nonetheless, those with something to gain by sowing the seeds of divisiveness would have had us believe that Israel had advance warning of the World Trade Center attack and managed to notify 4,000 Israeli nationals who worked in the two towers about the upcoming horror, but that they left the U.S. completely unaware of the danger.

("Hello, David Rosenberg? This is the Mossad. Listen, don't go to work on Tuesday. Yeah, another terrorist attack on the U.S. ... call in sick. And remember, not a word to any of your gentile relatives, friends, or co-workers.")

And even though this scoop to top all scoops winged its way all over the Internet, the American press apparently remained completely in the dark about the nefarious scheme. Is it any surprise that this story emanated from sources such as Pravda and Al-Manar, the pro-Palestinian "Channel of Arabs and Muslims"?

Why would Israel follow such a course of action, betray its staunchest ally, and doom thousands of innocent Americans to death? There were no rational answers to that question, only ugly propagandistic ones. "Israel wanted to draw America into a final showdown with its Arab enemies, so they didn't warn us" — the same type of conspiracy theory that posited our leaders knew about the impending Japanese attack on Pearl Harbor allowed it to happen in order to galvanize public support for a war. Old theory, new clothes. Even darker was the implication that Israel, not content to wait for an attack which would embroil America in a Middle Eastern war, forced the issue by pulling off a monstrous act of terrorism again the USA themselves.

"It is clear to all that the Jews/Israel have most to gain and should be considered as a possible source behind this act," we were told. Those who authored and disseminated this kind of rubbish were really the ones with the most to gain.

News accounts in the wake of the 9/11 terrorist attacks demonstrated that Jews and Israelis did die in the World Trade Towers that day. A 18 September 2001 CNN article reported on one Manhattan synagogue that had lost six of its members in the attacks, five in the towers and one at the Pentagon. A 21 September 2001 ABC News article showed that at (then) last count 400 Jews were killed in the attack. And a 21 September 2001 New York Times article detailed efforts then underway to identify the Jews whose bodies remained beneath the World Trade Center rubble.

The rumor apparently originated with a relatively innocuous Israeli news report speculating that about 4,000 Israelis were believed to have been in the areas of the World Trade Center and the Pentagon at the time of the 9/11 attacks, and that tidbit quickly morphed into the idea that 4,000 Israelis — all of them employees of companies housed in one or the other of the WTC towers — had all suspiciously failed to show up for work on 9/11:

Vague conspiracy theories blaming Israel began to appear within 24 hours of the attacks. Syria's government-owned Al Thawra newspaper may have been the first newspaper to make the "4,000 Jews" claim. According to U.S. embassy reporting, its September 15th edition falsely claimed "four thousand Jews were absent from their work on the day of the explosions."

The 4,000 figure apparently came from an article entitled "Hundreds of Israelis missing in WTC attack" which appeared in the September 12th internet edition of the Jerusalem Post. It stated, "The Foreign Ministry in Jerusalem has so far received the names of 4,000 Israelis believed to have been in the areas of the World Trade Center and the Pentagon at the time of the attacks."

Unknown conspiracy theorists apparently seized upon the 4,000 figure, transforming it into the false claim that 4,000 Jews did not report for work at the World Trade Center on September 11.

But later analysis showed that the proportion of Jews among occupants of the World Trade Center who were killed in the 9/11 attacks was the same as their proportion of the general New York area population:

A total of 2,071 occupants of the World Trade Center died on September 11, among the 2,749 victims of the WTC attacks. According to an article in the October 11, 2001, Wall Street Journal, roughly 1,700 people had listed the religion of a person missing in the WTC attacks; approximately 10% were Jewish. A later article, in the September 5, 2002, Jewish Week, stated, "based on the list of names, biographical information compiled by The New York Times, and information from records at the Medical Examiner's Office, there were at least 400 victims either confirmed or strongly believed to be Jewish." This would be approximately 15% of the total victims of the WTC attacks. A partial list of 390 Cantor Fitzgerald employees who died (out of 658 in the company) lists 49 Jewish memorial services, which is between 12% and 13%.