A blog fabricated a story about the tiny hamlet — after a series of threats and demonstrations targeted people living there. 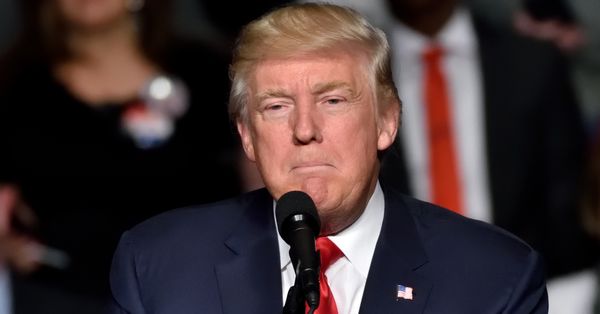 The page gained traction on social media thanks to its alarmist headline, but the text made no mention of President Trump or the Federal Bureau of Investigation. Instead, it contained a number of wild claims framed as "rumors", most of which centered around the June 2017 arrest of a local resident on firearms charges:

There’s a mysterious hidden Muslim compound called Islamberg that’s nestled deep within the woods of the Catskill mountains in New York. The only way to access the 70-acre compound is through primitive dirt roads, where more than 100 Muslims live in seclusion away from the prying eyes of curious Americans. For over two decades, infidels have been prohibited from entering, as anyone attempting to enter will be “greeted” by armed Muslims patrolling a guard shack at the compound’s entry gate. Without access to the compound, there’s been no way to confirm rumors about the location being used as a training ground for Muslim terrorists. But after an alarming incident involving one of the Islamberg residents, police were finally able to obtain a warrant and raid the place. And what they discovered that these Muslims have been quietly plotting for years is nothing short of chilling.

Locals in the area have often times reported the sounds of gunfire and explosions emanating from the compound, but because the Muslims weren’t necessarily breaking any laws, there was nothing that law enforcement could do except keep a close eye on the place from a distance ... with a recent arrest of Islamberg resident Ramadan Abdullah who was recently caught trying to steal several cases of ammunition from a local mountain store in the area, authorities finally had their chance to obtain a search warrant for the compound, and what they discovered was nothing short of chilling.

The article continued with its editorializing and repetition ("nothing short of chilling"), finally concluding:

It’s absolutely ridiculous that Muslims in this country are allowed to have their own freaking jihadi compounds, where they’re actively training their residents on the necessary tactics to carry out terror attacks! While Americans are protected under the Constitution against illegal searches and seizures, when known freaking terrorists are leading these compounds, it’s time to stop letting these Muslims hide behind our laws and put them all in GITMO where they belong!

Islamberg, which is a small New York town inhabited by a few dozen Muslim families, has had a peaceful history since it was first founded in the 1980s by a group of people hoping to escape the crime and poverty that riddled Brooklyn at that time. However, it has been the subject of numerous threats, including a planned attack in 2015 by a one-time congressional candidate.

The piece itself appears to be mostly about Ramadan Abdullah, a 64-year-old man who was indicted in July 2017 after an investigation into his alleged theft of four boxes of ammunition uncovered a storage locker filled with powerful weapons in the town of Union. A 14 June 2017 article reported:

"There's no indications there was a plan in place to commit an act of violence. However, it begs the question, what was he doing with all this and what were his intentions down the road?" said New York State Police Maj. Jim Barnes ... Officials say there is no indication Abdullah posed an immediate threat to the area, but they said getting illegal weapons off the streets makes Broome County safer.

Despite the fact that the Freedom Daily blog was clearly trying to use Abdullah's case as proof that Islamberg, New York, is a hotbed of terrorism training camps and militant leanings, it omitted an important detail: The weapons cache uncovered by police was not actually in Islamberg. The location of the investigation was provided as the "town of Union" and "Broome County" New York, while Islamberg is in the town of Tompkins in Delaware County, nearly an hour away by car:

Geography made Freedom Daily's claim that President Trump ordered a federal raid on Islamberg, New York implausible at best. We contacted the Delaware County Sheriff's Office in an attempt to corroborate the claim. The office was familiar with the article and told us that there was "absolutely no truth" to its headline or claims. Similarly, New York State police were unaware of any connection.

Although Abdullah was arrested on weapons charges in June 2017, the relevant events (such as the incident, searches, and indictment) occurred in a jurisdiction nearly an hour from Islamberg. No federal raid was conducted on the orders of President Trump or anywhere else.

A search of news articles about Islamberg returned reports only about violent threats made toward Islamberg (not by anyone living there); credible violent threats toward the hamlet (including several threats and a planned anti-Islamberg rally just before this story appeared, as if to justify them) appear to be rather common.