Were 100 ISIS Terrorists Caught in Guatemala as a Central American Caravan Headed to the US?

Two different news stories separated in time and space created the impression that ISIS terrorists were traveling with a group of migrants from Central America. 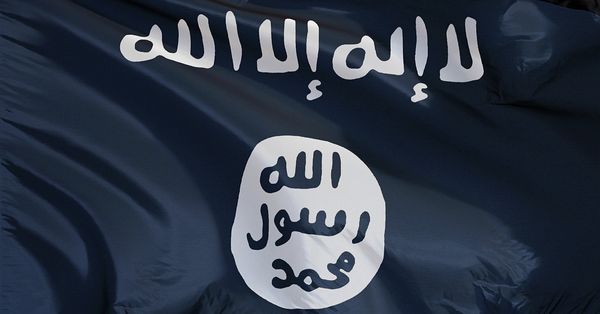 Claim:
A hundred ISIS terrorists were caught in Guatemala as a migrant caravan headed north to the United States.
Rating:

The Central American caravan originating in Honduras did not form or reach the Guatemalan border until after the suspected terrorists had been arrested and deported.

In early October 2018, thousands of migrants set out from Honduras to make the journey north in hopes of fleeing the poverty and violence of their home country for a better life in the United States. While their journey was beset by physical obstacles, it was also accompanied in the U.S. by a swell of misinformation.

In a startling revelation, Guatemala’s president announced in the country’s largest newspaper that nearly 100 ISIS terrorists have been apprehended in the impoverished Central American nation. Why should Americans care about this? A caravan of Central American migrants is making its way north. Let’s not forget that Guatemala is one of the countries that bombarded the U.S. with illegal immigrant minors under Barack Obama’s open border free-for-all. They came in droves from Honduras, El Salvador and Guatemala through the Mexican border and for years Uncle Sam rolled out the welcome mat offering housing, food, medical treatment and a free education

The Judicial Watch article conflated two separate news stories, with the effect of leaving some readers with the impression that people with links to the Islamic State (ISIS) terrorist organization were potentially traveling with a migrant caravan toward the southern U.S. border.

On 11 October 2018, at the Conference for Prosperity and Security in Central America in Washington, D.C., Guatemalan President Jimmy Morales announced that his government had arrested and deported 100 people "highly linked to terrorist groups, specifically ISIS." This statement was reported by the Guatemalan newspaper Prensa Libre in a report aggregated by Judicial Watch.

One day later, on 12 October 2018, about 160 people formed a growing migrant caravan in Honduras with plans to cross through Guatemala and then Mexico to seek asylum in the United States. The caravan didn't cross the Guatemalan border until 15 October 2018, meaning the ISIS-linked individuals apprehended and deported by Guatemalan authorities were gone well before the caravan ever reached that country.

President Donald Trump later tweeted that "unknown Middle Easterners" were among the migrants traveling north, but he offered no evidence for the claim:

Sadly, it looks like Mexico’s Police and Military are unable to stop the Caravan heading to the Southern Border of the United States. Criminals and unknown Middle Easterners are mixed in. I have alerted Border Patrol and Military that this is a National Emergy. Must change laws!

But as NBC News noted, "there is no evidence that any Middle Eastern terrorists are hiding in the caravan":

In one of several tweets on the caravan, Trump said there were criminals and people from the Middle East also traveling with the Hondurans. The tweet implied that a significant proportion of people are using the caravan to sneak their way into the United States to do harm.

The Department of Homeland Security is able to gather biometric data as migrants pass between the borders of Central American countries. A former senior intelligence official who continues to be briefed on current intelligence told NBC News that there is no evidence that any Middle Eastern terrorists are hiding in the caravan. Middle Eastern and African immigrants have routinely crossed illegally across the U.S.-Mexico border for years, but their numbers pale in comparison to the number of Central Americans. Last fiscal year, they accounted for less than one out of every 100 — 0.7 percent — of border apprehensions, according to DHS. Instances of known or suspected terrorists crossing the southern border are incredibly rare, the official said. In addition, internal U.S. government documents on the caravan make no mention of Middle Easterners, criminals or a terror threat.

We reached out to Judicial Watch with questions about why their story linked two news items separated in time and space, whether the organization was aware of any evidence showing that anyone with terrorist ties was traveling with the caravan, and if so, why that evidence wasn't reported. The organization's president, Tom Fitton, responded only to assert that the Judicial Watch story was "accurate" and that he hoped Snopes.com "refrains from smearing our reputation because you are have ideological concerns about the implications of our reporting."

In 2015, Judicial Watch drew a FALSE rating from PolitiFact over their claim that ISIS had established a camp "a few miles from Texas."

Although migrant caravans from Central America occur with relative regularity, Republican politicians seized on the October 2018 incidence with consequential U.S. midterm elections approaching, blaming the event on their Democratic opponents and even philanthropist billionaire George Soros. President Trump threatened to cut off aid to Central American countries that failed to stop the caravan before it reached the U.S. border.

As of 22 October the caravan had grown to roughly 7,000 people, including many women and children, and had reached Tapachula, a city at the southern tip of Mexico that serves as a known hub for migrants. Journalists traveling alongside it and caravan participants themselves have refuted having knowledge of any "unknown Middle Easterners" traveling among them.

U.S. State Department.  "Remarks at the Conference on Prosperity and Security in Central America."     11 October 2018.

Zabludovsky, Karla.   "The Caravan’s Members Have No Idea What Trump Meant When He Tweeted About 'Middle Easterners.'"     BuzzFeed News.   22 October 2018.