The photograph, whose caption made reference to the Black Lives Matter movement, prompted an outraged response in July 2020. 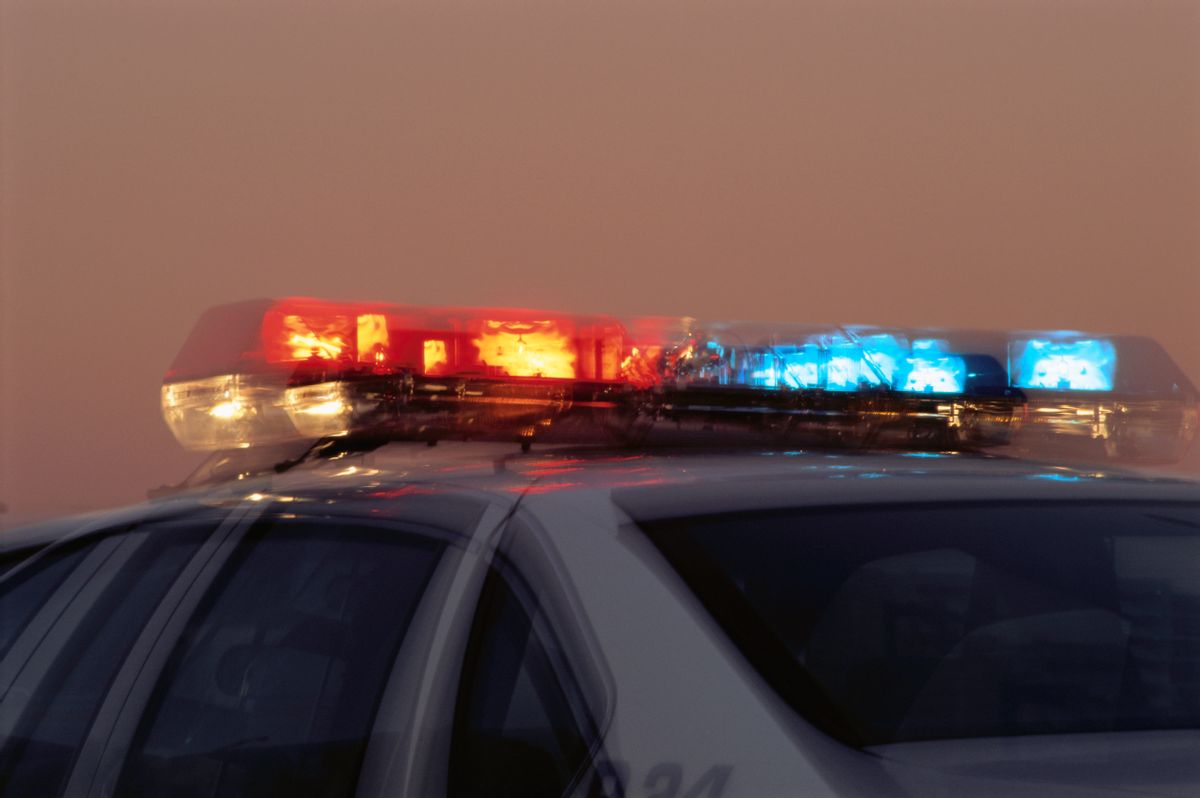 Claim:
Isaiah Anthony Wayne Jackson of Springfield, Ohio, was arrested in connection with a widely shared photograph of a man kneeling on a toddler's neck along with the caption "BLM now mf."
Rating:

Clark County Sheriff's Department officers arrested Jackson on July 21, after their investigation into the photograph resulted in their identifying him as the man shown kneeling on the toddler's neck.

Technically, Jackson was arrested on the basis of an alleged parole violation connected to a different case.

In July 2020, readers asked us to examine the accuracy of news articles that claimed 20-year-old Ohio man Isaiah Jackson had been arrested in connection with a photograph, shared widely online, which showed a Black man kneeling on a white toddler's neck, along with the caption "BLM now mf."

On July 23, the New York Post published an article with the headline "Ohio Man Seen Kneeling on 2-Year-Old Boy's Neck Arrested." The article reported that:

"An Ohio man seen kneeling on the neck of a 2-year-old boy on social media has been arrested, authorities said Thursday. Isaiah Jackson, 20, was booked into jail on a probation violation after the Clark County Sheriff’s Office launched an investigation Tuesday into the photo, which depicts a man with his knee on the back of a white child neck’s along with a caption, 'Blm now mf.' A second person is also seen behind the child holding the youngster’s hands behind his back."

Similar articles were published by the Washington Times and local news channels WHIO and WKEF/WRGT.

The core claim in those reports -- that Jackson was identified by police as the man in the photograph, and that he had been arrested in connection with it -- was accurate.

When this fact check was first published in July 2020, Jackson had not been charged or convicted in relation to the incident shown in the photograph. However, since then, prosecutors in Clark County, Ohio, charged Jackson with third-degree felony abduction, to which he pleaded guilty. In October 2020, a judge sentenced Jackson to three years of community control probation.

Technically speaking, police originally arrested Jackson on the basis of an alleged unrelated parole violation, though they sought him out and located him during their investigation into the photograph, and Jackson subsequently pleaded guilty to a third-degree felony abduction charge in relation to the actions shown in the photograph. This fact check's rating was originally "Mostly True," but in light of developments that took place after the article was originally published, we are changing the rating to "True."

Internet users began sharing the photograph on July 21, 2020. It appears to have originally been posted to an unidentified Snapchat account. The image shows a man posing for the camera while kneeling on the back of the neck of a toddler who appears to be crying and is lying face down while a second adult holds the toddler's hands behind his back. At the bottom of the photograph, a banner caption reads "Blm now mf" ("Black Lives Matter now, motherfucker.") The photograph may be disturbing to some readers, but it can be viewed here.

On July 23, the Clark County Sheriff's Office announced in a statement that its investigations into the photograph had led them to identify 20-year-old Isaiah Jackson as the man seen kneeling on the toddler, and that he had been arrested on the basis of an outstanding parole detainer, meaning he was alleged to have violated the conditions of his parole in relation to a separate case. The statement read:

On July 21, 2020, the Clark County Sheriff's Office was made aware of a posting on social media displaying a photo of an adult male in a kneeling position, with one knee on the neck of a 2 year old child. Appended to the photo was a 'banner' containing language that indicated that the image was related to ongoing racially-oriented protests and other activity taking place in various cities around the nation.

Two divisions of the Clark County Sheriff's Office immediately began an investigation to determine the location of the incident and the identities of the individuals involved. Patrol units were able to determine the location where the incident took place, and were able to make contact with both the mother and the child, as well as the male subject seen kneeling in the image. The male was determined to have a Parole Authority holder from the Ohio Department of Rehabilitation and Correction, and he was taken immediately into custody and incarcerated in the Clark County Jail.

The child was taken to the local hospital for examination, where he was found to have no injuries related to the incident. Subsequent interview with the mother revealed that she was unaware of the photo having been taken, or its contents, until she had been informed by other parties while the Sheriff's Office was en route to her home to begin the investigation into this incident.

Detectives continue to investigate, and are continuing to compile evidence related to several other persons who were directly involved. The Investigations Bureau of the Clark County Sheriff's Office has prepared the case against the male subject shown in the photo, Isaiah Jackson, 20, and is awaiting the Office of the County Prosecutor to provide a determination on the scope and breadth of the felony charges that will be supported by that office for presentation in court.

Clark County Sheriff's Office records showed that Jackson was arrested at 10:50 a.m. on July 21 and booked into the county jail some 15 minutes later. Those records indicated that he was arrested on the basis of a probation violation but it was, in fact, an alleged parole violation, according to the Sheriff's Department's news release. As of July 27, Jackson was still incarcerated in the county jail.

It's unclear what the nature of Jackson's alleged parole violation was, or what conviction it related to. However, Clark County Court of Common Pleas records show that in January 2019, Jackson pleaded guilty to charges of third-degree felony burglary and first-degree misdemeanor domestic violence. He was sentenced to six months in prison on the domestic violence charge, to be served concurrently with an 18-month sentence on the burglary charge, with credit for time already served.

According to Ohio Department of Rehabilitation and Correction records, Jackson was released from the Madison Correctional Institution on May 17, 2020, but placed under Adult Parole Authority supervision for a period of three years. Snopes asked the Ohio Department of Rehabilitation and Correction for the details surrounding the alleged parole violation that prompted Jackson's arrest in Clark County, and we will update this fact check if and when we receive a response.

Jackson's domestic violence conviction related to an incident in September 2018 in which he was found to have deliberately rammed his truck into a car he knew was being driven by a woman with whom he has a daughter in common. The arresting officer in the case testified that the woman had said Jackson was "becoming [increasingly] aggressive and violent with her, threatening her and her family."

The photograph and Jackson's arrest quickly became the subject of intensive, racially tinged outrage and discussion because the caption that accompanied the photograph mentioned the Black Lives Matter (BLM) movement, and due to the perceived racial dynamics at play (Jackson's race was listed as "Black" in Clark County Sheriff's Department records, and the toddler was widely described as being white, although we could not verify that claim).

However, it's unknown whether the pose was intended as an earnest gesture of anti-white bias or antipathy on Jackson's part, as opposed to a distasteful attempt at humor. Our examination of a Facebook profile that appears to belong to Jackson did not reveal further evidence of racial antipathy on his part.

After this fact check was published, Snopes obtained a copy of police reports from the Clark County Sheriff's Office investigation into the incident. They showed that a third party, not Jackson himself, had claimed responsibility for posting the photograph online, and adding the "Blm now mf" caption.

In addition, Jackson told investigating officers that his actions were intended only as a joke, but acknowledged that the pose shown in the photograph was an allusion to the death of George Floyd, in Minneapolis, in May 2020. In that incident, police officer Derek Chauvin kneeled on the back of Floyd's neck for almost nine minutes, despite the pleas of Floyd and onlookers. Two autopsies concluded that Chauvin's actions led to Floyd's death, which sparked renewed nationwide and international protests against police brutality and racial injustice led by the Black Lives Matter movement. In April 2021, a jury in Hennepin County, Minnesota found Chauvin guilty of three charges: second-degree murder, third-degree murder, and second-degree manslaughter.

After the conclusion of the police investigation, Clark County prosecutors charged Jackson with third-degree felony abduction in August 2020, citing an Ohio statute which states that:

No person, without privilege to do so, shall knowingly...

(2) By force or threat, restrain the liberty of another person under circumstances that create a risk of physical harm to the victim or place the other person in fear...

In Ohio, that offense carries a maximum prison sentence of up to three years. Jackson pleaded guilty, and on Oct. 30, 2020, Judge Douglas Rastatter sentenced him to serve 101 days in prison, as well as three years of community control probation. Since Jackson had already been in prison for 101 days between July and October 2020, he was released on probation on Oct. 30, 2020.

[Updated] 23 April, 2021: Rating changed from "Mostly True" to "True," article extensively updated after Jackson pleaded guilty to a third-degree felony abduction charge in relation to the incident shown in the photograph.