Is This an Airplane on Fire? 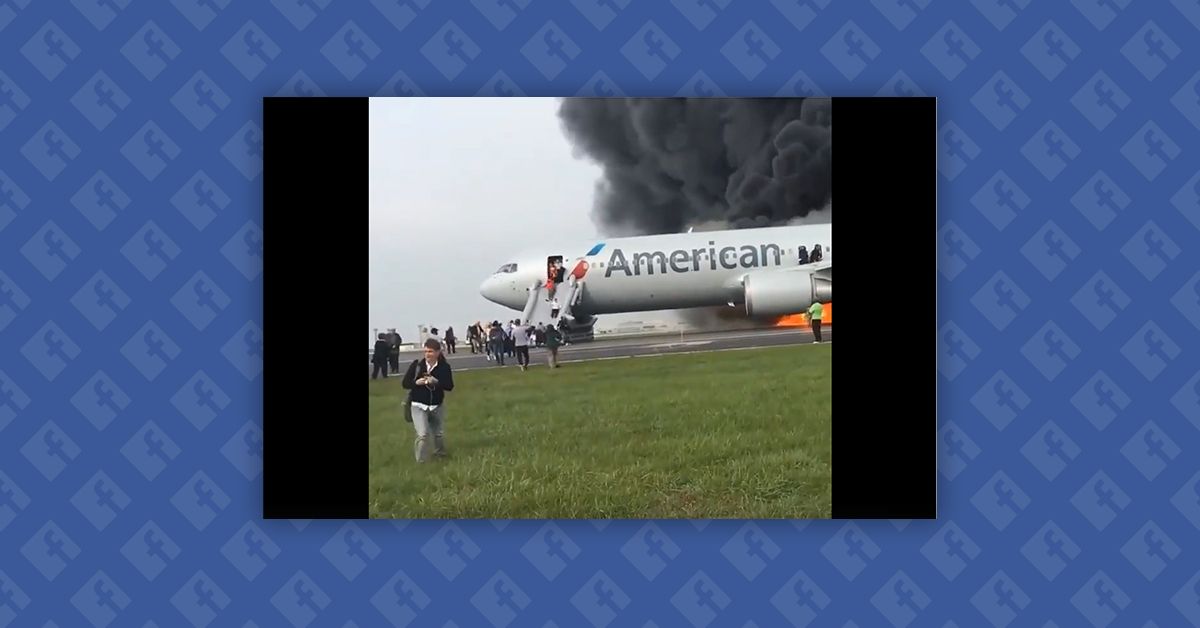 Claim:
A video shows an airplane on fire in January 2018.
Rating:

On 25 January 2018, the Newsroom Facebook page posted a "live" video of an airplane on fire: The Newsroom Facebook page didn't provide any context for the video (it was merely captioned "Airplane on fire!"), and since this was posted as a "live" video, many viewers assumed that they were witnessing a current event.

This video (which you can view below) is real -- but it is not from January 2018. Rather, it was filmed in October 2016 at at O'Hare International Airport in Chicago and shows an engine fire on a Boeing 767:

Dramatic new video taken from an airport tower camera shows just how close an American Airlines plane was to disaster after the engine caught fire just before takeoff at O'Hare International Airport in 2016.

The pilots made a split second decision to abort takeoff, slowing down the aircraft after a right engine failure. The tower video shows what unfolded in the moments before passengers scrambled to get off the plane.

Although there are several videos of this airplane fire, it appears that the Newsroom Facebook page swiped the footage from Instagram user @C1arkKent who posted the clip on 28 October 2016 with the following message: "Tell me why the engine on the plane I was just on blew up on takeoff!?! Thank God I got off. Blessed man. So blessed. Scariest shit ever. Special thanks to the pilots! #Blessed #AmericanAirlines #AA":