This person’s image was also attached to a rumor claiming that he was a "399-year-old woman." 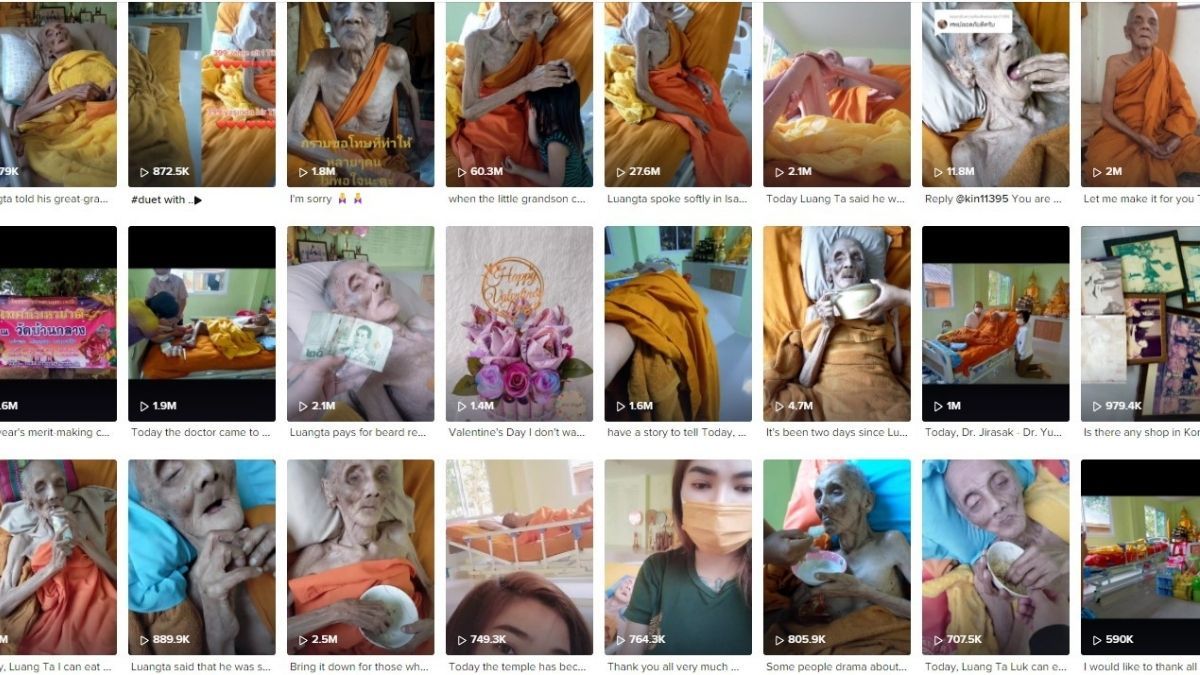 Claim:
A video shows a 163-year-old man who is a monk practicing Sokushinbutsu.
Rating:

In February 2022, a video supposedly showing a 163-year-old man was widely shared on social media. As the video went viral, many people claimed he was a monk who was practicing Sokushinbutsu, a term that refers to self-mummification.

This video does not show a 163-year-old man. Nor does it show a monk practicing Sokushinbutsu. The video shows a 109-year-old man whose name appears to be Luang Pho Yai.

This video was originally posted to TikTok by @auyary13, who refers to herself as Yai's granddaughter. This TikTok user has posted dozens of videos of him. The earliest videos (circa November 2021) show him at home, but in January 2022 he was brought to Dan Khun Thot hospital in Thailand after breaking a hip bone. @Auyary13's videos have been viewed millions of times as she keeps her fans updated about his health. In the comment of one video, @Auyary13 states that he is 109 years old:

As @Auyary13's videos went viral, a number of people shared these clips along with jokes about this person's age. Auyary13 responded to one person's comment referring to him as a corpse, writing [translated via Google and edited for clarity]:

[He is] not a corpse .. Let's have some respect for Luang Ta. If you don't like it, please scroll past and don't comment anything like this ?"

This person does truly appear to be a monk, but we haven't found any verification that he was practicing Sokushinbutsu. We weren't able to find any mentions of this on @auyary13's TikTok account. And since this video was widely circulated with made-up claims about his age, it seems likely that the claim about mummification was based on the assumptions of third-party internet viewers.

Auyary13's most recent videos show that he has been improving. He's been able to eat, exercise, and visit with family.

In March 2022, this person's image was attached to a new rumor claiming that he was a "399-year-old woman." Again, this is false.