Is This a Jumping Baby Elephant?

An image that appeared to be a luckily timed photograph was actually created with digital manipulation software. 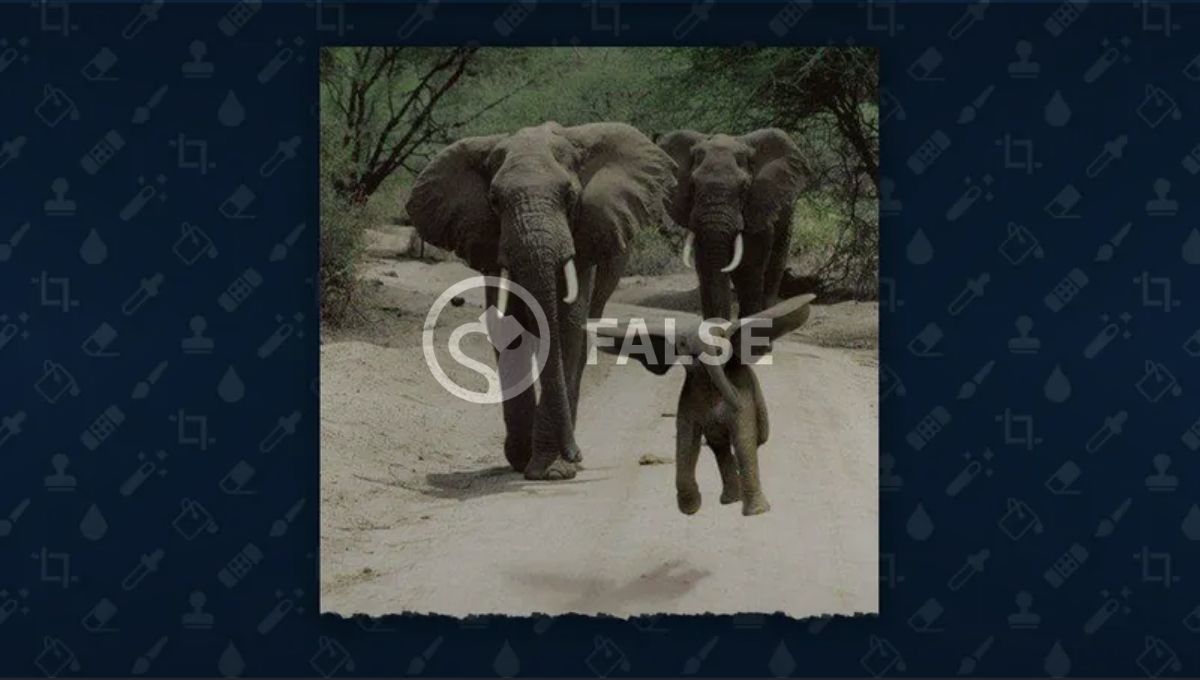 We've been waiting for a real flying elephant ever since Disney released the movie Dumbo in 1941. Unfortunately, the following image, purportedly showing a baby elephant hovering off the ground, is not the magical moment the animated classic foresaw: This image was created for a 2008 Photoshop contest on the web site Worth1000.com (a page geared toward graphic designers, later renamed DesignCrowd). The contest, called "Levitations 7," invited users to create images which appeared to show objects floating in midair:

It's floating in thin air! In this contest, you get to be the magician and make something float.

The rules of this game are thus: Create an image that shows an unnatural act of levitation (as in the themepost by FlashDaz). An occultish tone is optional, but the effect should trying for realism: correct emphasis on shadows, depth and lighting are important. As always, quality is a must.

This entry was submitted by Worth1000 user Polynic along with the comment:

The ears were pretty hard...but I had lots of fun doing a little magic :)

In addition to the source of this image, there are several other ways to tell that this picture is fake. For one, the jumping elephant's shadow is a different shade than the shadows of the larger elephants. Furthermore, elephants can't jump at all:

It's hard to say why that is, largely because scientists haven't specifically studied why elephants can't jump. But it's likely because of the animals' enormous heft, and because they have relatively weak leg muscles and fairly inflexible ankles, said John Hutchinson, a professor of evolutionary biomechanics at the Royal Veterinary College in London.

“If you were to look at an elephant’s skeleton, you’ll see that they’re standing on their tippy toes,” says (Tony Barthel, curator of Elephant Trails and the Cheetah Conservation Station at the Smithsonian’s National Zoo). “All the bones are pointed straight down.” That skeletal design supports the weight, but does not allow for an upwards spring from the feet, which is what would be required for jumping.

Then again, elephants don’t exactly need to jump or move too quickly. “Their protection is in their personal size and in their herd,” says Barthel.