Is This 'Ghost of Kyiv' Video Real?

The "Ghost of Kyiv" may be real, but this video is not. 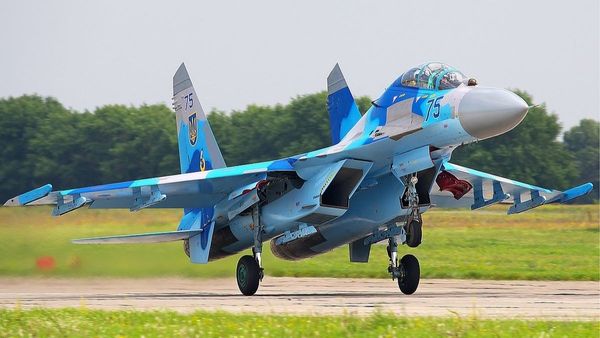 Claim:
A video shows the "Ghost of Kyiv" shooting down a Russian fighter jet.
Rating:

In February 2022, after Russia launched an unprovoked attack on Ukraine, rumors started circulating about a Ukrainian fighter pilot dubbed the "Ghost of Kyiv" who had supposedly shot down multiple Russian fighter jets. As these rumors circulated, so did a miscaptioned video supposedly showing the Ghost of Kyiv in action:

This is not a genuine video of the Ghost of Kyiv. This video was created with Digital Combat Simulator, a simulation game that was first released in 2008.

The video was originally posted to YouTube by "Comrade_Corb." The original caption identified this clip as a simulation and noted that it was created as an homage to the Ghost of Kyiv.

This footage is from DCS, but is nevertheless made out of respect for “The Ghost of Kiev.” If he is real, may God be with him; if he is fake, I pray for more like “him.”

When this video was posted to other social media sites, it was miscaptioned as genuine footage of the Ghost of Kyiv.

While this video does not feature genuine footage, the general of the Ukrainian armed forces claimed that they had truly downed several Russian aircraft. CNN reported:

The General Staff of the Ukrainian Armed Forces has claimed five Russian aircraft and a helicopter were shot down early Thursday, as Russian forces attacked Ukraine.