Police told us that despite widespread rumors and speculation, Jesus Campos is not missing. 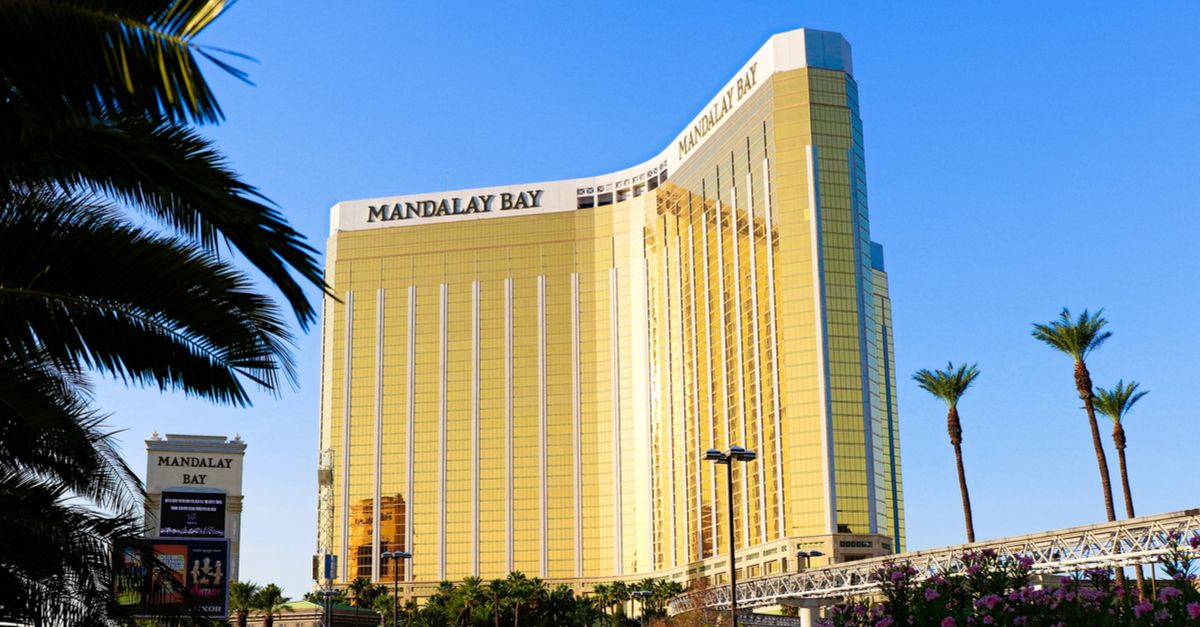 In the days following the 1 October 2017 mass shooting in Las Vegas, various conspiratorial web sites and Internet personalities began casting aspersions on a wounded Mandalay Bay security guard, falsely claiming he was an "accomplice" to gunman Stephen Paddock, 64, who killed 58 people and injured hundreds more in the deadliest mass shooting in modern American history before turning the gun on himself.

At about 10:05 P.M., Paddock began firing from the 32nd floor of the Mandalay Bay Resort and Casino on a crowd of 22,000 people attending an outdoor country music festival. In the minutes before the mass shooting started, Paddock fired 200 bullets into the hotel hallway, wounding security guard Jesus Campos in the leg. Campos has been hailed as a hero for his actions that night, warning a building engineer about the gunfire and helping police evacuate the floor despite his leg wound.

As we have reported, there is no evidence Campos was involved in the shooting other than being victimized when he, along with hundreds of others, was wounded in the attack. The Las Vegas Metropolitan Police Department, the law enforcement agency leading the investigation, has repeatedly said that Paddock was the only shooter that night. Nevertheless, various disreputable web sites have already been busily spreading misinformation that Campos was implicated as a second gunman, and that authorities had arrested him as such. Both claims are completely untrue and have been roundly debunked.

Conspiracy theories were kicked up anew on 12 October 2017, when the 24-year-old Campos abruptly cancelled media interviews, including a scheduled appearance on Sean Hannity's popular Fox News show. According to his union, Campos went to a walk-in medical clinic that night instead. No other explanation for the cancelled appearances has been offered.

Although many may find it unsurprising that a person who narrowly escaped mass murder days earlier would want to lay low, the cancelled appearances caused a cascade of meltdowns among the conspiracy-minded and attention-seeking. For example, in all-capital letters, Ann Coulter tweeted, "MANDALAY BAY SECURITY GUARD, JESUS CAMPOS, NOW MISSING AFTER SCHEDULING 5 MEDIA INTERVIEWS." Self-deputized "investigative journalist" Laura Loomer declared, "If #JesusCampos is truly a hero, why would he cancel his interview with @seanhannity ? That's like ripping up a winning lotery [sic] ticket!"

Some mainstream news outlets reported that Campos had "vanished," which implied he had disappeared entirely, leaving no trace behind. However, Campos appears to have merely withdrawn from the public eye, while his current whereabouts remain privately known by some (such as LVMPD).

LVMPD officer Larry Hadfield told us that Campos is not missing, and reiterated that Paddock had no accomplices when he rained bullets down on the Route 91 Harvest Festival. Hadfield told us, flat-out:

[Campos] is not missing. He's not under arrest. We tell people what we know. If they don’t believe it but they're going to believe whatever web site, then I don't know what else to tell you.

David Hickey, international president of the International Union, Security, Police and Fire Professionals of America, the union that represents Campos, told us the last time he saw the injured guard was the day of his scheduled interviews. Hickey described Campos as "humble" and wanting to get his story out so he could leave the traumatic events behind him:

When I talked to him he wanted to tell his story, he said he wanted to 'get it all done in one day and move on with my life.'

But when Hickey emerged from a meeting just hours before Campos was scheduled to go on Hannity's show, he told us he discovered that the young man, along with another union member and a security guard protecting Campos, had left:

We did receive a text from my other officer saying, 'We’re on our way to [walk-in clinic] Quick Care.' That was the last response we got. We made multiple calls for two days and received no return calls.

We sent an inquiry to Mandalay Bay's parent company, MGM Resorts International, and they sent us the following statement, noting Campos does not wish to be in the limelight:

Jesus Campos wants to tell his story at a time and place of his choosing. He’s asked that everyone respect his request for privacy. We could not be more proud of Jesus.

Campos taped an interview on the NBC talk show hosted by Ellen Degeneres which is set to air on 18 October 2017. Appearing with building engineer Stephen Schuck, previews show Campos describing encountering gunfire in the hallway, feeling a burning sensation and noticing that he was wounded.

Although Campos's guard detail created yet another thread to which amateur Internet sleuths could cling, Ryan Graney, who represents the family of Victoria Soto — a teacher killed protecting her students during the 2012 Sandy Hook Elementary massacre — told us it makes sense that Campos, now the accidental target of conspiracy theorists and "truthers," is under guard:

In my rational mind [the fact he has security] makes sense because these people, the hoaxers especially, will go out of their way to take this offline. These people have shown up at Vicki’s 5k before. I had a woman follow me into federal court. These people will show up and they will harass the victims.

He definitely needs some kind of protection because they will go to great lengths to prove in their paranoid minds what they think is right. They are scary individuals.

Sandy Hook "truthers" have been on a crusade to prove that the thoroughly covered and well-documented massacre of children was a "false flag" engineered by the government in the service of the "New World Order," a ubiquitous but vague conspiracy theory peddled by the likes of InfoWars host Alex Jones, in which a secret but powerful cabal seeks to institute an autocratic global regime which will only be enabled once the government has seized all the guns from Americans. At least two "truthers" have been arrested for things like harassing or sending death threats to victims' families.

Graney said those same "truthers" are currently whipping themselves into an online frenzy over Campos: poring over photographs for supposed discrepancies, attempting to track his whereabouts, and scrutinizing a public database for the Nevada Private Investigator's Licensing Board (a spokesman for the board told us that agency has no jurisdiction over casino security guards like Campos).

Richard A. Patterson, a founding partner of the law firm Owen, Patterson & Owen, which has filed a petition to have the courts appoint a public administrator to oversee Paddock's assets in lieu of pending litigation on behalf of victims, told us that Campos's hesitance to speak to the media and maintain a low profile is not surprising:

Based on my clients' experiences, it's a lot just to have the courage to speak publicly once and deal with the exposure in the media and post-traumatic stress they're suffering from. It's reliving the tragedy.

It would be very reasonable to expect that Mr. Campos has either been directed by his medical care providers or his family or from his own sense of balance to withdraw from public appearances at this point. I think we owe him the opportunity to get a couple of weeks behind him that will enable him to gather his strength and his emotional focus to be able to deal with these things. In our opinion, he's a hero.

This is not the first time a person's lack of desire to speak to the media has been misconstrued as that person being "missing."  For months in late 2016, online conspiracy theorists set about searching for signs of Eric Braverman, a former Clinton Foundation executive officer they believed had disappeared due to nefarious activity by the Clintons in an effort silence potential critics. After intense online speculation about his whereabouts, Braverman surfaced in mid-January 2017 to publicly announce he was taking on a new job.

Pearce, Matt, and Winton, Richard. "New Disclosure Shows a Casino Guard Alerted Hotel to Gunman Before Vegas Massacre Began. So Why Did It Take So Long to Stop Him?"   Los Angeles Times. 10 October 2017.