Is the 'Bumble Bee Owl' Real?

There was plenty of buzz about this photo on social media. 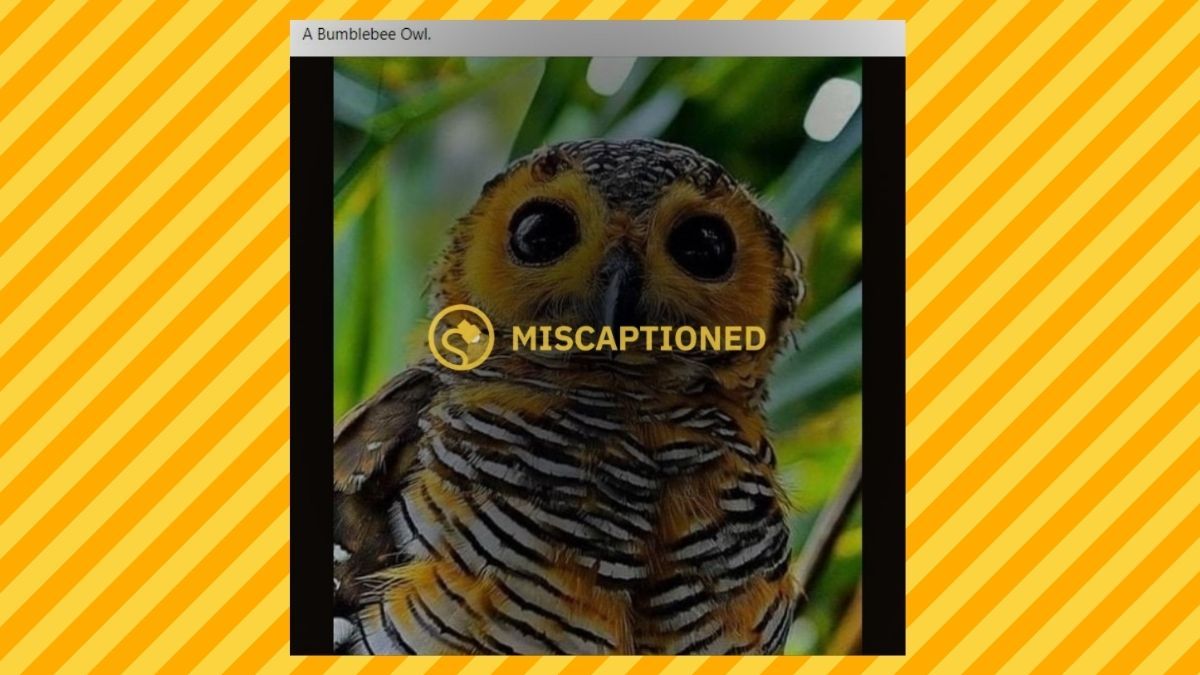 In April 2021, we were asked about a photograph supposedly showing a black and yellowish-orange owl called a "bumblebee owl": This is a genuine photograph of a black, white, and yellow owl. However, this bird is not commonly known as a "bumblebee owl."

This photograph was taken by Aditya Rangga on the coast of Indonesia in 2014. The full-size photograph can be viewed below: 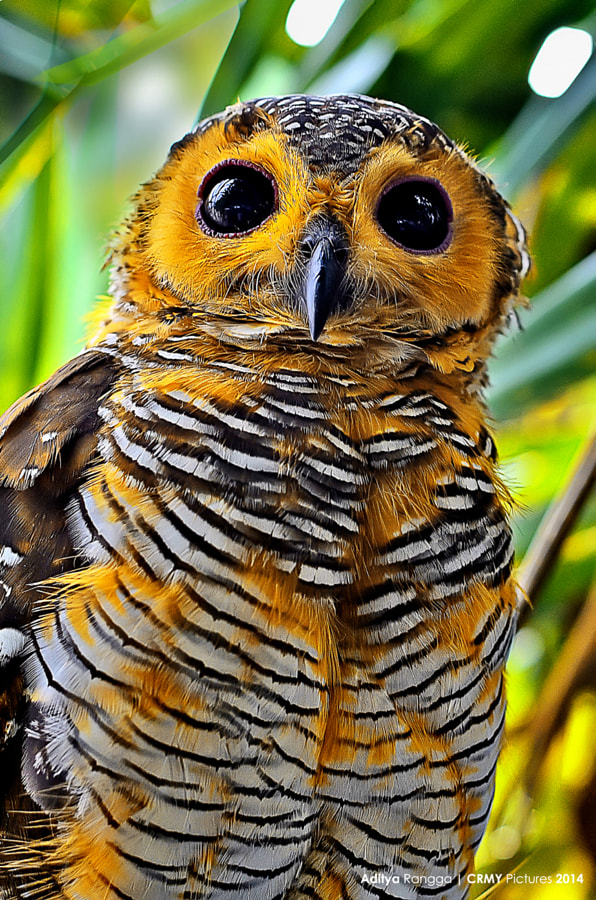 Rangga did not identify this bird in his original post, but it appears to be a photograph of a spotted wood owl (Strix seloputo). Here's a description of the owl from the book "Owls of the World - A Photographic Guide":

A medium-sized to fairly large owl without ear-tufts ... Above, the plumage is coffee-brown overall, with black edged white spots, the paler brown mantle, back and upper tail-coverts with black-margined white bars and spots. White or dull yellowish outer webs of scapulars have dark bars and blackish edges. Dull yellow underparts are barred black and white, the white bands broader. It has an orange-buff facial disc on a chocolate-brown head. The ears are dark brown, and the bill and cere greenish-black.

We have found several similar pictures of this species of owl that feature similar markings on the feathers. Here's one such photograph that was taken in Malaysia in 2013 by Phoo Chan.

And here's another taken at Malaysia's national zoo: While this is a genuine photograph, it shows a spotted wood owl, not a "bumblebee owl." As far as we can tell, this nickname was unofficially given to this owl by internet users who thought this bird's markings were similar to that of a bumblebee.