A social media rumor calling for a boycott of Taco Bell inaccurately claims that either the chain or its owner is the main financial backer of the embattled politician. 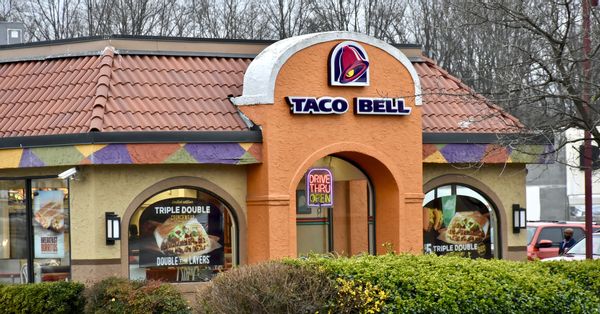 Neither Taco Bell itself nor its parent company appear to have given any money to Moore.

In November 2017, calls for a boycott of Taco Bell spread on Facebook, claiming that the fast food chain was the financing the Senate run of embattled Alabama politician Roy Moore: After finding out that Taco Bell's a major supporter for Roy Moore, I Googled their corporate office contact info and created a screenshot of it. Feel free to call, fax, tweet and email them that you're going to boycott their restaurants until they withdraw their support for this pedophile.

A 27 November 2017 Daily Beast article reported that newly accessed records had revealed that one of Moore's donors is a businessman named Peter Nicholas. According to reports, an unknown number of Taco Bell franchises are among Nicholas' ventures:

The chief financier of a leading pro-Roy Moore super PAC is a deep-pocketed Republican businessman who dropped eight figures on 2016 races alone and is looking to continue propping up the party’s most conservative candidates.

Illinois businessman Richard Uihlein provided $100,000 to the group, Proven Conservatives PAC, since September, according to a new filing with the Federal Election Commission, making him by far the group’s top donor. That money, which hadn’t been previously disclosed, has financed a host of ads boosting Moore’s candidacy in the face of widespread sexual assault and harassment allegations. The group has also run ads attacking Moore’s primary opponent, Sen. Luther Strange (R-AL), and his Democratic general election rival Doug Jones.

Proven Conservative PAC officially formed in late August, as the Alabama Senate primary contest heated up. The only major financial support it had previously reported came from a company owned by the family of Alabama timber executive Guice Slawson.

In addition to Uihlein, Proven Conservative received money in September from Peter Nicholas, a Florida-based businessman whose chain of Taco Bell franchises has also donated to the campaign of Omar Navarro, a quixotic Republican challenger to California Democrat Rep. Maxine Waters.

Taco Bell is under the ownership of parent company Yum! Brands, which does donate to political candidates but which does not appear to have donated to Moore's campaign: Nicholas is not the owner of either Taco Bell or Yum! Brands; according to reports, he only owns Taco Bell franchises in Florida. How many and which franchises is not immediately apparent, but the majority of Taco Bells are neither owned nor operated by Nicholas. Calls for a boycott or an appeal to the chain's corporate offices appear to be misguided.