Right-wing blogs once again tried to present "red flag" bills as a sign of widespread seizing of firearms. 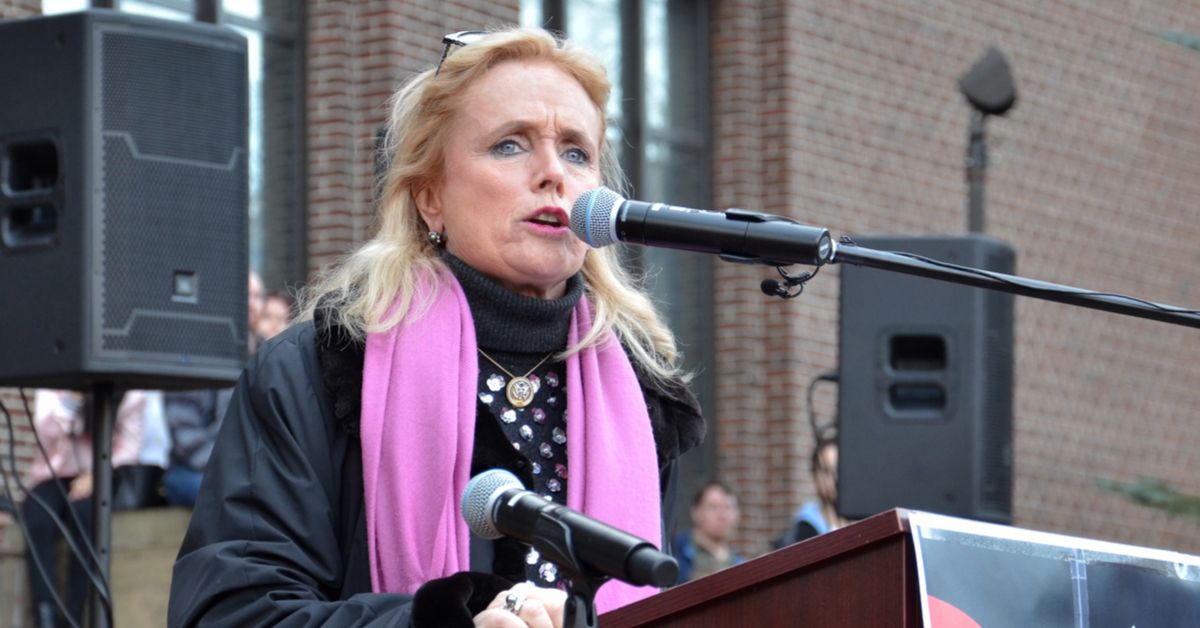 Claim:
Rep. Debbie Dingell is introducing a bill that would lead to widespread gun confiscations.
Rating:

An April 2018, a Fox News appearance by Rep. Debbie Dingell of Michigan led to another round of stories from right-wing blogs promoting the fear of widespread gun confiscations.

Dingell, a Democrat, was interviewed by the right-wing network about her work co-chairing a working group alongside Republican Fred Upton concerning mass shooting attacks at schools. The network preceded her interview by reporting that police in Seattle were "seizing guns." In fact, there has been one reported instance of an involuntary gun seizure in Washington state through the use of an extreme risk protection order (ERPO for short) since the law was approved by voters in November 2016.

During her appearance, Dingell said that she intended to introduce a federal version of the "red flag" laws that allow for use of ERPOs by law enforcement which are currently in effect in Washington and four other states, which contain guidelines through which individuals or police officers can petition courts to issue ERPOs if they believe that a gun owner may be a danger to themselves or others.

Many of the blogs accusing Dingell of preparing to act out against gun owners cite the same Washington Post story — mislabeled as an original report by the Salt Lake City Tribune, rather than a republication — saying, "In Indiana, law enforcement can confiscate weapons without a judge's order. The gun owner must ask the court to get the weapons returned."

This, too, is inaccurate; the law states that in the case of a firearm seizure without a warrant, police must submit "a written statement under oath or affirmation" to the circuit or superior court with jurisdiction over the gun owner explaining their reasoning for doing so:

On 9 May 2018, Dingell and Upton joined two other lawmakers, Republican Rep. Susan Brooks of Indiana and Democratic Rep. Ted Deutch of Florida, in introducing H.R. 5717, which would provide grants to states that adopt their own version of "red flag" laws.

"In the weeks since the horrific shooting in Parkland, Florida, I have met with law enforcement, prosecutors, mental health experts, the ACLU, students, teachers, parents, and other stakeholders to find common ground," Dingell said in a statement:

One of the biggest takeaways from these conversations is that we need to provide family members and law enforcement the tools needed when they know someone is a threat to themselves or others.

According to a statement sent to us by her office, the bill requires officers who seize a firearm without a warrant to file documentation regarding the seizure to the appropriate court within 48 hours. The court would also hold a hearing on the issue within 21 days of the seizure to determine whether the firearm owner is dangerous.

Dingell is listed as a co-sponsor on the bill. In July 2017 she introduced a separate gun-related bill, H.R. 3207, which would make it illegal to "knowingly sell or dispose of a firearm to a person who has been convicted of a misdemeanor crime of stalking." It would also expand misdemeanor domestic violence crimes "to include the use or attempted use of physical force, or the threatened use of a deadly weapon, by a current or former intimate partner."

Dingell sent us a statement saying that the new bill is based on Indiana's "red flag" law, which won support from both Republican Gov. Mitch Daniels and the GOP-controlled state legislature.

"This is commonsense legislation that would give law enforcement a tool to ensure individuals deemed a threat to themselves or their community get help, protecting their due process while keeping them safe and their families and communities safe," she said.

Bernstein, Lenny. "Five States Allow Guns to be Seized Before Someone Can Commit Violence."     The Washington Post. 16 February 2017.

Update [16 May 2018]: Updated with statement from Rep. Debbie Dingell.