Is Nancy Pelosi in Critical Condition After a Head-On Drunk Driving Accident?

A hoax news article falsely reports that the House Minority Leader was involved in a collision with a bus in Los Angeles. 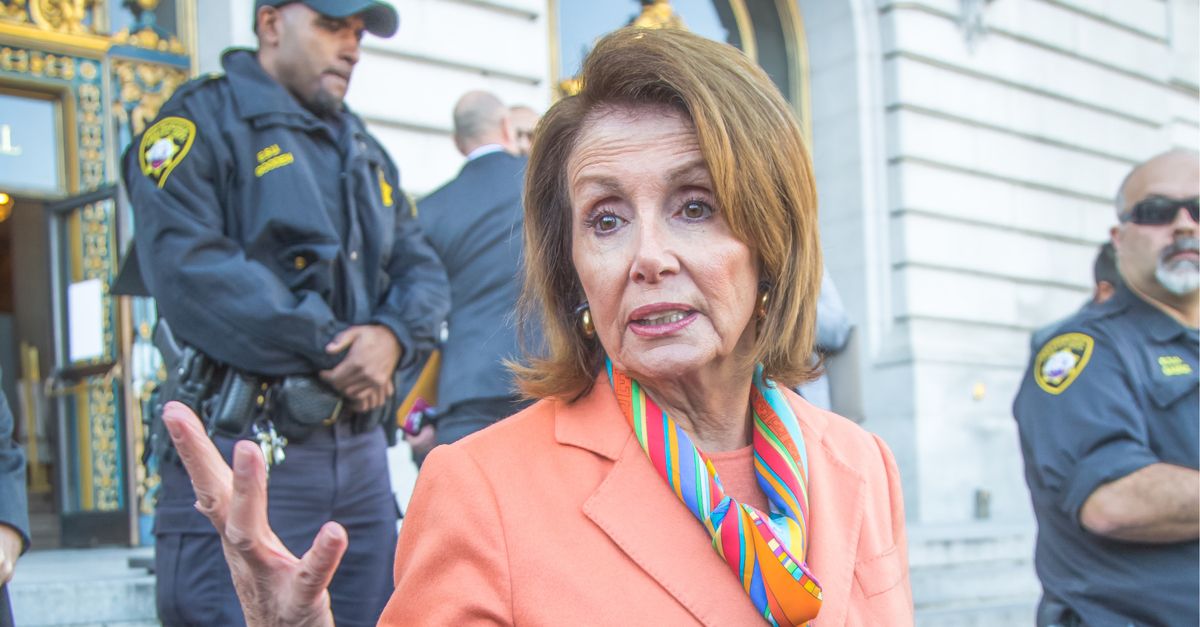 On 7 August 2017, the disreputable web site OurLandOfTheFree.com posted a story falsely reporting that House Minority Leader Nancy Pelosi was involved in a serious car accident with a city bus in Los Angeles:

Democrat Senator Nancy Pelosi was involved in a car crash yesterday in her home state of California after a town hall event where she once again accused Donald Trump of “colluding with Russia.”

According to the West Los Angeles Police Department, wine was served at the event and Pelosi…well, she’s Nancy Pelosi so she drank a ridiculous amount of it.

Sgt. Bruce Bahner says that Pelosi’s driver was sick so she decided to drive herself back to her 3.8 million dollar mansion, but with a blood alcohol content of 1.3 she didn’t get very far before she randomly accelerated, went off the road, and slammed into the side of a city bus. Pelosi was not wearing a seatbelt and flew through the windshield, slamming her head into the side of the bus. She is currently in intensive care at St. Myrtle’s Regional Hospital.

We have confirmed with her press office that Pelosi, a Democratic representative from San Francisco, was not involved in a car or bus accident as of 11 August 2017. The fake news item also names a fictional police department (there is no West Los Angeles Police Department — West L.A. is a part of the city of Los Angeles, and it is serviced by the LAPD). For caution's sake, we checked with both LAPD and the Los Angeles County Sheriff's Department, which contracts with many of the smaller incorporated cities and unincorporated county areas in the region. Neither agency employs a sergeant by the name of Bruce Bahner.

The story also falsely claims Pelosi's relatives told cable network MSNBC that she's "slipping in and out of consciousness." There is no MSNBC report to this effect, or any other. We can confirm that the claims made in this article are false and promulgated by a dubious site — Pelosi has not been involved in a serious car accident with a city bus.