Is 'My First Hookah' a Real Toy?

My first hoax? No, this content creator is known for making fake funny products. 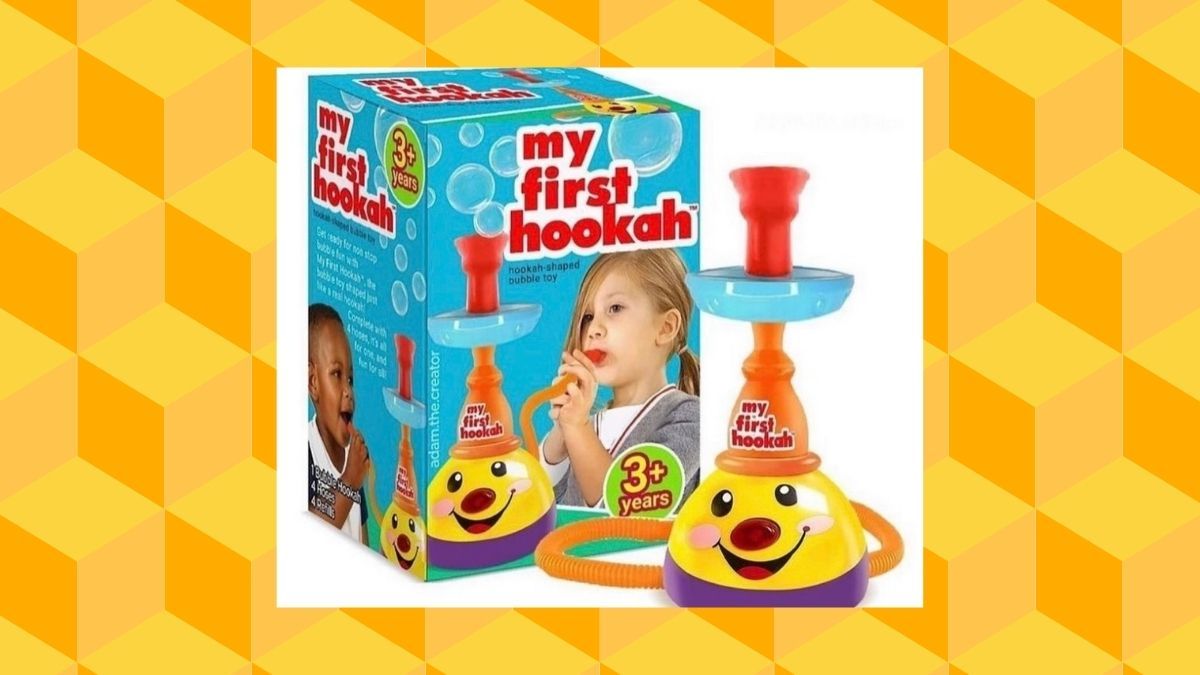 Claim:
An image shows a genuine "My First Hookah" toy that was released for Christmas 2021.
Rating:

In December 2021, an image supposedly showing a "My First Hookah" toy was circulated on social media: Padilla is an New York advertising executive and internet content creator who has made a few other similar fake "My First" products. In 2017, for example, he created an image that supposedly showed a "My First Vape" baby toy. Padilla posted this to their social media account in December 2021. You can see a watermark of their handle "Adam.the.Creator" running along the left edge of the front-facing portion of this box.

These pictures are typically created by altering photos of genuine toys. While we haven't been able to piece together all of the images that were used to create this fake toy product, the base of the "My First Hookah" product appears to come from a Fisher Price "Laugh and Learn Shape Sorter Cookie Jar" toy. Here's a side-by-side comparison of the fake "My First Hookah" toy (left) and the genuine Fisher Price toy (right):

Padilla previously told us that he makes these fake products for the pure entertainment value. After his "My First Vape" went viral, Padilla said:

I thought it would be a funny and crazy notion for a baby toy. Nothing deeper than that whatsoever. Many of my friends vape so I see the gear all the time, and it was top of my mind. I got a lot of backlash, some people thought that there was some ulterior motive, but if you look at my page, you will see that it is one of many hundreds of similar fake products that I create …

My only agenda is entertainment. I don’t want to hurt any industry or anything.