Is This Mermaid TikTok Video Real?

Footage from a 2012 documentary continues to capture people's imaginations online. 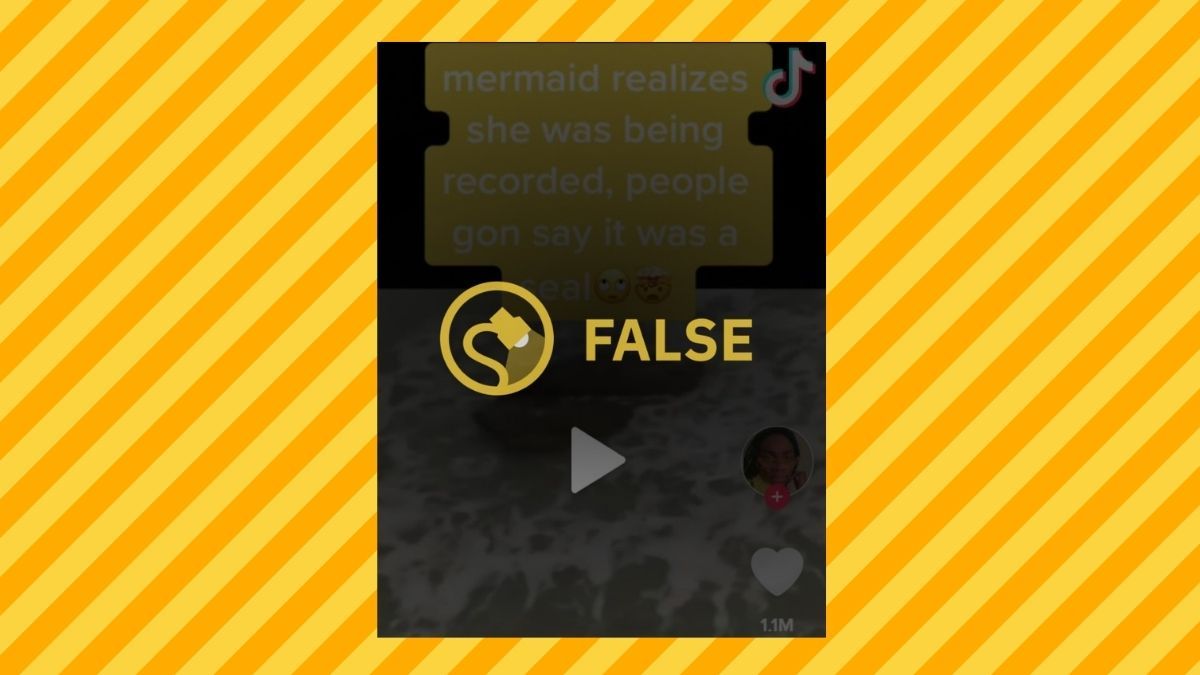 Claim:
A TikTok video revealed a living mermaid diving off a rock.
Rating:

In April 2021, a TikTok video that supposedly showed a living mermaid on a rock racked up more than 8 million views:

The narrator says: "Look at how fast this mermaid swims back into the water after she realizes she was being recorded. There's no way a human could swim that fast over a rock."

This is not a genuine video of a mermaid.

This footage comes from a spoof documentary called "Mermaid: The Body Found" that aired on Animal Planet in 2012. With the exception of a brief disclaimer, this piece of speculative fiction played out like a genuine documentary, complete with interviews with scientists (played by actors), footage of various mermaid discoveries (featuring computer-generated images), and reports of a government cover-up (despite there being nothing to cover up).

The documentary fooled so many viewers at the time that the National Oceanic and Atmospheric Administration (NOAA) published a statement clarifying that "no evidence of aquatic humanoids has ever been found."

Mermaids - those half-human, half-fish sirens of the sea — are legendary sea creatures chronicled in maritime cultures since time immemorial ... But are mermaids real? No evidence of aquatic humanoids has ever been found.

You can read more about "Mermaids: The Body Found" here, or check out this article exploring the origins of mermaid folklore here.