Marijuana Is Moving to Schedule 2

A purportedly credible source reported that the DEA would be reclassifying marijuana as a Schedule 2 drug in August 2016, but the DEA has denied petitions to that effect. 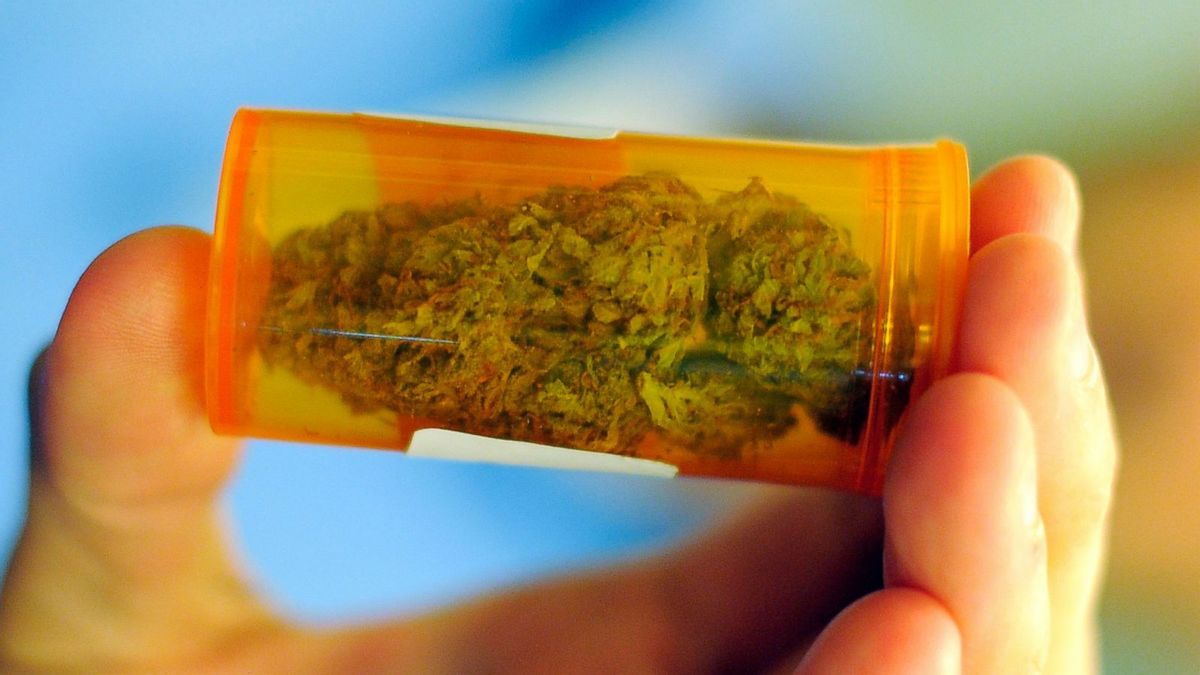 Claim:
The Drug Enforcement Agency (DEA) will be reclassifying marijuana as a Schedule 2 drug in August 2016.
Rating:

A 18 June 2016 article published by the Santa Monica Observer included commentary from an anonymous source said to be a DEA lawyer in which the difference between Schedule 1 and Schedule 2 classifications was explained:

The U.S. Drug Enforcement Administration will reclassify marijuana as a "Schedule Two" drug on August 1, 2016, essentially legalizing medicinal cannabis in all 50 states with a doctor's prescription, said a DEA lawyer with knowledge of the matter.

The DEA Lawyer had told the lawyer representing a DEA informant of the DEA's plan to legalize medicinal cannibis nationwide on August 1, 2016. When questioned by our reporter, the DEA lawyer felt compelled to admit the truth to him as well.

"Whatever the law may be in California, Arizona or Utah or any other State, because of Federal preemption this will have the effect of making THC products legal with a prescription, in all 50 states," the DEA attorney told the Observer. Federal Preemption is a legal doctrine that where the US Government regulates a particular field, State and local laws are overridden and of no effect.

He explained that "there are five DEA schedules. Nothing on Schedule One is ever legal, and that is where Cannabis is today. Schedule Two drugs are available with a prescription."

The article stated that marijuana would be rescheduled alongside "Percocet, Aderall [sic], Oxycontin, Hydrocodone and other drugs that are legal, even common, with a prescription" as a Schedule 2 drug. It continued with speculation that California's medical marijuana industry would view the move as unwelcome competition:

He opined that the 135 medicinal cannabis clinic owners in Los Angeles will no doubt oppose this move by the Federal government, because the rule change will eliminate any reason for people to visit medical marijuana clinics. "In my opinion, CVS pharmacy, Rite-Aid and Walgreens will sell Schedule Two THC products similar to what users call "edibles," but will not sell smokeable weed because of the health risk smoking anything entails," said the DEA lawyer ... He speculated that this action will be taken in the closing days of the 2016 U.S. Presidential election, so as to motivate the Democratic base to turn out and vote for Hillary Clinton[.]

The item was popular among residesnts of states without flexible medical marijuana policies, as it suggested that the sale of weed lozenges at CVS was on the horizon, but remarks about the change being election year maneuvering bordered on conspiracy theory. And not everyone was convinced the anonymous source was credible — a post on the Daily Chronic blog expressed considerable skepticism of the assertion:

Shouldn’t we be excited? Not quite, as this “news” is unlikely to be true. The entire article — which has since been cited as fact by several pro-cannabis blogs — is speculation and rumor from a source that is identified only as “The DEA Lawyer.”

According to the second paragraph of the article, “The DEA Lawyer had told the lawyer representing a DEA informant of the DEA’s plan to legalize medicinal cannibis [sic] nationwide on August 1, 2016.”

This, the second paragraph of the article, should be as far as anyone needs to read to realize that this article is hastily written, poorly researched, and simply speculation or a rumor, including the misspelling of “cannabis” and a poorly worded sentence structure.

According to guidelines issued by the Associated Press (AP), one of the world’s largest news organizations, articles must be properly vetted before publication — including requiring more than one source.

In rare cases, one source will be sufficient – but only when the information comes from an authoritative figure who provides information so detailed that there is no question of its accuracy, according to the AP. For example, a press release issued by the DEA, or a statement from a DEA spokesperson, but not an anonymous attorney acting as the sole source of information.

That marijuana-centric outlet decried the swift circulation of the rumor-as-fact across social media and cannabis blogs:

[E]ven more reputable sites such as marijuana.com were also fooled, although they took a slightly more cautious approach with their headline, “DEA Attorney Claims Feds Will Reschedule Marijuana This Summer.”

But does this mean that the DEA won’t reschedule cannabis? No. In April, the DEA said they were prepared to respond to an administrative petition calling for the reclassification of marijuana, a petition that was launched in 2011. Replying to a July 2015 inquiry by US Sen. Elizabeth Warren (D-MA) and seven other senators, representatives from the DEA acknowledged that they intend to respond to a five-year-old rescheduling petition, filed by then Governors Christine Gregoire of Washington and Lincoln Chafee of Rhode Island. The DEA’s response is expected by July 1.

The DEA last decided on a similar rescheduling petition in 2011. The agency rejected that petition, alleging, “At this time, the known risks of marijuana use have not been shown to be outweighed by specific benefits in well-controlled clinical trials that scientifically evaluate safety and efficacy.”

On 17 June 2016, business site Inc. addressed what such a change might mean for the fledgling cannabis industry, noting that marijuana's rescheduling would subject many businesses to a change in regulation and Food and Drug Administration (FDA) oversight:

If marijuana becomes a Schedule II drug, the FDA would subject companies to intense inspections and testing. Companies would need to get their packaging and labeling approved by the FDA; the Federal Trade Commission would be there to ensure companies don't sink to unfair or deceptive marketing and advertising practices. If marijuana was de-scheduled, and placed into the same category of alcohol and tobacco, it would fall under the purview of the Bureau of Alcohol, Tobacco, Firearms, and Explosives. That has its own maw of legal hoops to maneuver.

"If the FDA came out and said we are making cannabis Schedule II and the entire industry didn't change, the whole industry would be illegally trafficking a Schedule II substance," says Hank Levy, a CPA for marijuana companies, including Harborside, one of the largest dispensaries in the nation. Simply put, the industry as it stands today would not be legal under a whole set of other laws.

"I don't see Schedule II as being any help here for the existing cannabis industry at all," says Ittleman, who notes that the changes likely open the door to big pharmaceutical companies that have the experience manufacturing Schedule II controlled substances. "This is the red carpet for Purdue Pharma and Pfizer to enter the industry," adds Ittleman.

The Denver Post (based in Colorado, where marijuana is currently legal for recreational use) ran an editorial surmising that states with laws allowing for broader use of legal cannabis would suffer fiscal losses under a rescheduling of the substance:

If the DEA keeps marijuana on Schedule I, the federal government risks continued suffering by those with true medical ailments and continued lack of scientific study. The DEA would be wildly out of step with rapidly changing public opinion. If the DEA de-schedules marijuana, big tobacco companies could take over, and the fears of many anti-marijuana advocates would be realized.

Rescheduling marijuana for medical/prescription use, but shutting down the state recreational side, would result in unintended negative consequences. Because prescriptions are not taxed, state and local jurisdictions would lose millions of dollars in tax revenues. Colorado collected nearly $135 million in medical and recreational marijuana taxes and license fees in 2015 on a combined medical and recreational market of nearly $1 billion. With a prescription-only industry, states would lose their current marijuana-related jobs to existing pill-manufacturing companies.

Claims that marijuana would move from Schedule 1 to Schedule 2 on 1 August 2016 initially excited folks in states without laws allowing for medical or recreational use of the substance, but the claims were made by an anonymous source to a small community newspaper. And in August 2016 the DEA dashed those hopes by announcing they had declined two rescheduling petitions:

DEA has denied two petitions to reschedule marijuana under the Controlled Substances Act (CSA). In response to the petitions, DEA requested a scientific and medical evaluation and scheduling recommendation from the Department of Health and Human Services (HHS), which was conducted by the U.S. Food and Drug Administration (FDA) in consultation with the National Institute on Drug Abuse (NIDA). Based on the legal standards in the CSA, marijuana remains a schedule I controlled substance because it does not meet the criteria for currently accepted medical use in treatment in the United States, there is a lack of accepted safety for its use under medical supervision, and it has a high potential for abuse.

In his letter to the petitioners, DEA Acting Administrator Chuck Rosenberg offered a detailed response outlining the factual and legal basis for the denial of the petitions.

The full responses to the petitions can be found in the Federal Register. Response 1 AND Response 2

The DEA and the FDA continue to believe that scientifically valid and well-controlled clinical trials conducted under investigational new drug (IND) applications are the most appropriate way to conduct research on the medicinal uses of marijuana. Furthermore, DEA and FDA believe that the drug approval process is the most appropriate way to assess whether a product derived from marijuana or its constituents is safe and effective and has an accepted medical use. This pathway allows the FDA the important ability to determine whether a product meets the FDA criteria for safety and effectiveness for approval.