A glitch in the matrix, or a common misspelling? 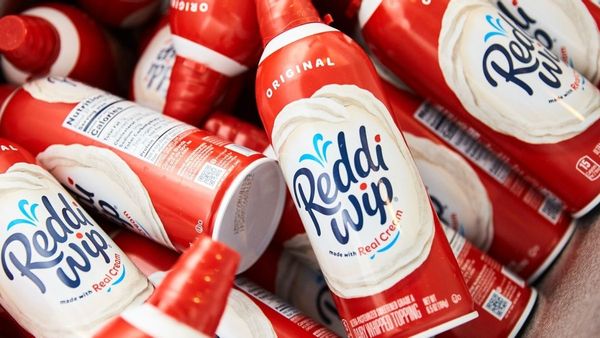 On Nov. 22, 2021, a video went viral on TikTok that supposedly showed a real-life example of the effect — a term used to describe a population's collective false memory — involving a can of Reddi Wip.

The claim that this product used to be called "Reddi Whip" until there was some sort of glitch in the matrix — a timeline-altering event that resulted in similar changes, such as Sinbad's playing a genie in the movie "Shazaam" (not true) and the "Berenstain Bears" becoming the "Berenstein Bears" (also not true) — was not new to 2021. A number of people over the years have claimed that they distinctly remembered this product being called Reddi Whip.

"This just blew my mind. Can of Reddi Whip on the counter. I was talking to my husband ,I stopped in mid sentence and ran over to the can. It now says Reddi WIP. No H. I showed my husband and he was dumbfounded. He said the layout of the lettering even looked wrong, looked different. We were both very disturbed. We have always bought Reddi Whip because I personally cannot stand Cool-Whip. So it's not like it's something we have never had in our home before." - Reddit

"This is a new one for me. I bought a large cookie in a box to bake today and on the back of the box it suggested topping the cookie with "Reddi-wip". It's always been Reddi-whip in my memory." - Reddit

Reddi Wip has been called Reddi Wip since the product was first introduced in 1948. While newspapers, recipes, and even stores have erroneously inserted an "H" when writing about this product over the years (something that likely explains this faulty memory), the actual product has never been called Reddi Whip.

Here's an advertisement for the product that was published in Life Magazine in 1949: The claim that Reddi-Wip used to be spelled with an "h" and that this is a it a real-life example of the Mandela Effect is likely based on people misremembering the spelling of this product due to the fact that "whipped cream" is commonly (and correctly) spelled with an "h." When they remember "Reddi-Whip," they appear to be combining an old memory with the knowledge of how to spell "whipped."

Regardless, the product Reddi-Wip has always been called spelled that way.

You can read more about the "Mandela Effect" here or about the "Shazaam" movie starring actor Sinbad that never actually existed.