A Facebook user evoked images of the Holocaust in a claim that Immigration and Customs Enforcement uses freight trains to transport detained children, but offered no supporting details. 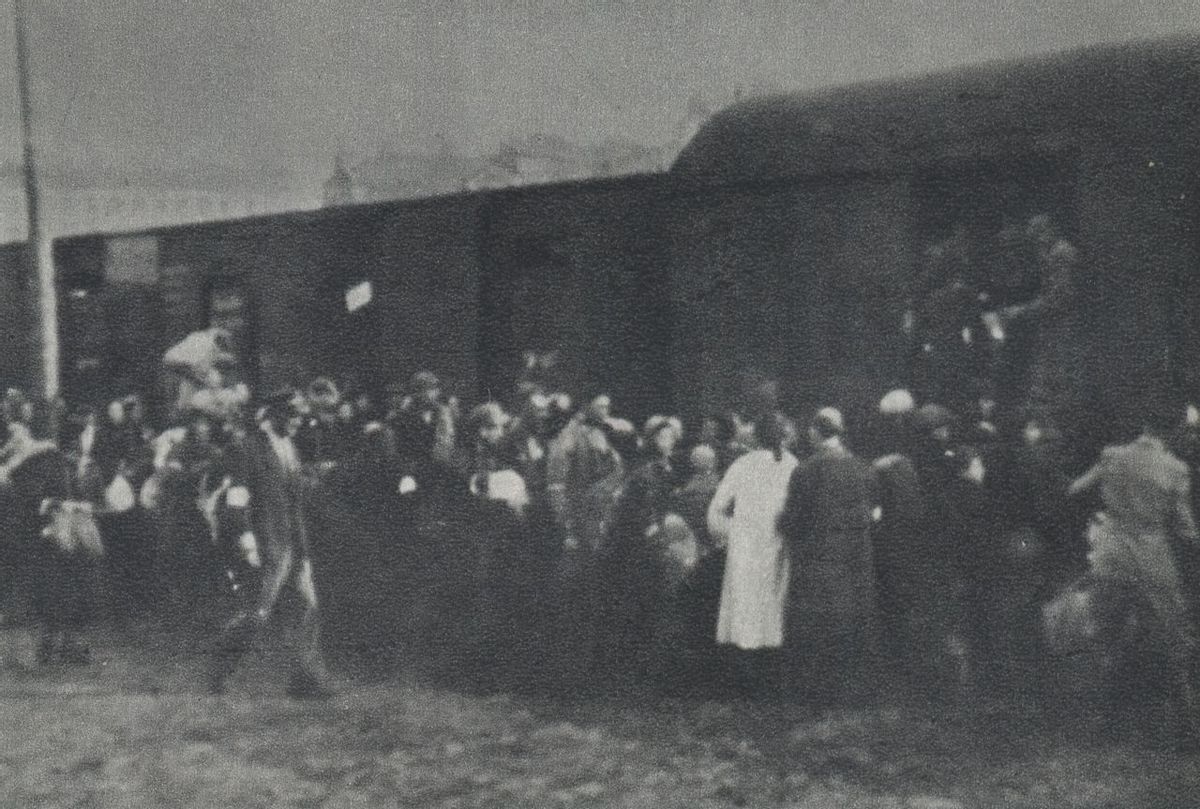 The allusion to the Holocaust was implied due to the large and recognizable role freight cars played in transporting Jewish detainees to concentration camps in Nazi Germany:

The Germans attempted to disguise their deadly intentions, referring to these deportations as "resettlement to the east." The victims were told they were being taken to labor camps, but in reality, from 1942, deportation for most Jews meant transit to killing centers.

The Germans used both freight and passenger cars for the deportations. They did not provide the deportees with food or water, even when the transports had to wait days on railroad spurs for other trains to pass. The people deported in sealed freight cars suffered from intense heat in summer, freezing temperatures in winter, and the stench of urine and excrement. Aside from a bucket, there were no provisions for sanitary requirements. Without food or water, many deportees died before the trains reached their destinations. Armed guards shot anyone trying to escape. Between the fall of 1941 and the fall of 1944, millions of people were transported by rail to the killing centers and other killing sites in German-occupied Poland and the occupied Soviet Union.

We were unable to find any additional detail about the claim in the post's original thread, such as who witnessed the purported use of freight trains to transport minor detainees, where the purported incident occurred, or any other identifying information.

It should be noted that the events of the Holocaust during the late 1930s and early 1940s took place during a time in which railways were the most comprehensive mode of transportation available to the Third Reich. In 2018, buses or other forms of ground conveyance seemed likelier choices for ICE to use to transport detainees.

In a response to our query, ICE's public affairs office sent us the following reply via e-mail:

There is no basis of truth in this rumor and there is nothing I can think of that could have been seen and misinterpreted to be this, as you posed in your query.

ICE uses planes and road vehicles to transfer individuals within the U.S.

ICE does not maintain custody of unaccompanied alien children (UAC). We transfer them from CBP facilities to HHS’ Office of Refugee Resettlement, but never by freight train.

Furthermore, minors in ICE custody for longer than 72 hours would only be those detained with a parent at Family Residential Centers. Other children, UACs or those who cannot remain with a parent due to criminal prosecution, would be turned over to the custody of HHS ORR, as is outlined in the law. Those in our custody for shorter periods (less than 72 hours, and usually much less than that) would be in furtherance of their transfer to HHS ORR or their removal from the U.S., after it had been ordered by an immigration judge.

We contacted the author of the original post for any information about ICE's purported use of freight cars or trains. We have not yet received a response.