Rumors about Facebook's suppression of content (in this case posts supportive of President Trump) resurfaced after Sen. Ted Cruz referenced them. 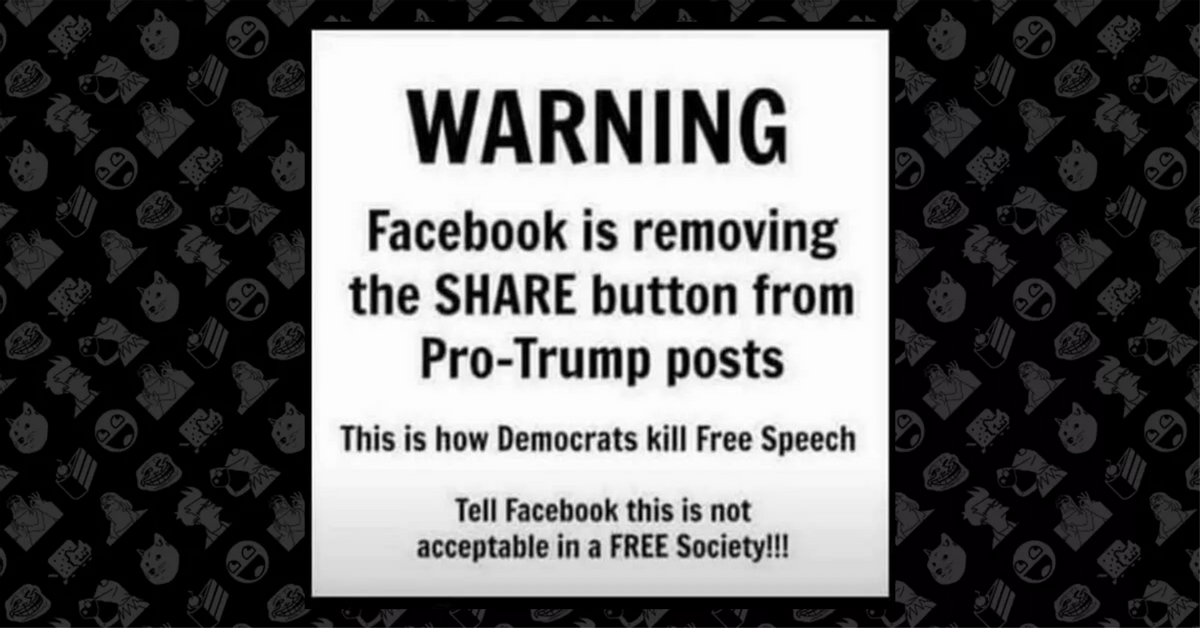 In April 2018, amid testimony from Facebook's chief executive officer Mark Zuckerberg over the Cambridge Analytica privacy scandal, a meme appeared on Facebook asserting that pro-Trump posts on the social network lack a share button.

Many interpreted this claim as new when it appeared in their news feeds in 2018, but the image in fact was shared by the page Trump Politics 2020 in August 2017. Commenters were quick to note that the meme's continued circulation via Facebook contradicted its claims:

The popularity of "pro-Trump" posts on Facebook in and of itself demonstrated that such posts were not being removed, and a representative for Facebook previously clarified that political content was not removed unless it violated community standards. Subsequently, Facebook announced that "engagement bait" would be downranked in users' feeds.

The 2017 meme reappeared specifically around 11 April 2018, likely because of a contentious exchange between Facebook CEO Mark Zuckerberg and Sen. Ted Cruz during Congressional hearings. In the exchange, Sen. Cruz accused Facebook of suppressing conservative content, which we first looked into in 2016. We have been unable to find any memes or content with public settings at all with a disabled share function, no matter what the topic.