Is 'Antifa' Planning a Civil War?

Despite what random people might say in homemade YouTube videos, they offer no proof that any anti-fascist groups are planning even a skirmish. 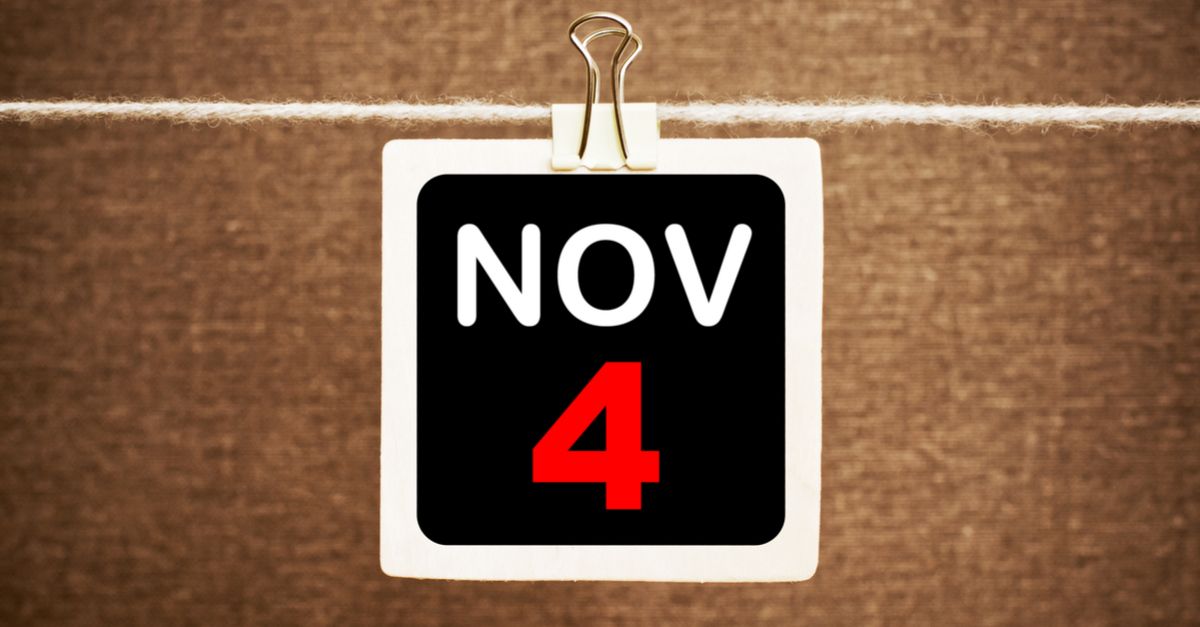 In August 2017, rumors began to spread on social media that anti-fascists (a name often shortened to "antifa", which has become shorthand for a subset of protestors, usually clad in black and accessorized with bandannas and who are evidently unnerving bloggers and vloggers enough to be the pet topic of many an angry online rant) were planning extended unrest, riots, killing random citizens, or outright civil war beginning on 4 November 2017: Depending on the source, "antifa" (always treated as though it is one homogenous, unified group) is purportedly planning extended riots, joint violence alongside Black Lives Matter and the Black Panthers, or a coup of the American government.

The rumors seem to have originated from a video originally published on 30 August 2017 by an individual named Jordan Peltz. Peltz was widely (and incorrectly) identified as a "U.S. Marshal" in the video, which shows him wearing what looked like an official badge that is actually simply printed on his shirt. However, he is not actually law enforcement or military — Peltz instead evidently works as some combination of bail bondsman and bounty hunter.

(Claiming to be a United States marshal is very popular among the sovereign citizen set; those involved claim to answer only to their interpretation of common law and maintain they are not subject to other legal conventions, including getting driver's licenses and paying taxes. Local, state, and federal governments tend to disagree.)

On Instagram, Peltz describes his work as "#fugitiverecovery" and "#warrantservice": Peltz published a video to "clear the air" on 27 September 2017 after reporter JJ MacNab, whose beat includes anti-government and sovereign citizen groups, wrote a thread on Twitter about how militia groups are being goaded into taking up arms against anti-fascists: Peltz responded by stating that his video, which gave an impression he was either predicting or calling for a November 2017 civil war, had been edited — although he didn't specify when, by whom, or why, despite millions of views and thousands of comments, he had remained unaware it had been altered until he saw reports:

Finding out my video meant for me and few friends had been taken and edited. Only site I thought had it. @jjmacnab should have just msg me pic.twitter.com/G9EGfGjHkf

https://t.co/JNR3co0Qwh
Follow-up from my Viral Video and clearing the air. Please, view my IG to see what else was falsely claimed

Antifa is planning a new round of nationwide riots on November 4 as part of a plot to start a “civil war” that will lead to the overthrow of the Trump administration.

Far-left militants plan to “gather in the streets and public squares of cities and towns across this country” in the hope of building momentum for civil unrest that leads to nothing less than domestic regime change.

“Our protest must grow day after day and night after night—thousands becoming hundreds of thousands, and then millions—determined to act to put a stop to the grave danger that the Trump/Pence Regime poses to the world by demanding that this whole regime be removed from power,” states a call to action on the RefuseFascism website.

The page also cited "antifa" web sites, neither of which threatened violence. One provided a list of Facebook events, and the other read in its entirety:

We will gather in the streets and public squares of cities and towns across this country, at first many thousands declaring that this whole regime is illegitimate and that we will not stop until our single demand is met: This Nightmare Must End: the Trump/Pence Regime Must Go!

Our protest must grow day after day and night after night—thousands becoming hundreds of thousands, and then millions—determined to act to put a stop to the grave danger that the Trump/Pence Regime poses to the world by demanding that this whole regime be removed from power.

Our actions will reflect the values of respect for all of humanity and the world we want—in stark contrast to the hate and bigotry of the Trump/Pence fascist regime.

Our determination to persist and not back down will compel the whole world to take note. Every force and faction in the power structure would be forced to respond to our demand. The cracks and divisions among the powers already evident today will sharpen and widen. As we draw more and more people forward to stand up, all of this could lead to a situation where this illegitimate regime is removed from power.

Spread the word and organize now. Be a part of making history. Don’t let it be said that you stood aside when there was still a chance to stop a regime that imperils humanity and the Earth itself. Join in taking to the streets and the public squares day after day and night after night demonstrating that In the Name of Humanity, We REFUSE to Accept a Fascist America.

On November 4, 2017, we will stand together with conviction and courage, overcoming fear and uncertainty, to insist that: This Nightmare Must End: The Trump/Pence Regime Must GO!

@AntifaChecker, a Twitter feed devoted to sniffing out phony "antifa" accounts, said it was not even aware of the call to action:

yeah, we haven't heard anything about november 4

An article in L.A. Weekly reported on both the freeway protest and upcoming events:

Their placards bore letters that spelled out "NOV 4 IT BEGINS." But they couldn't get enough volunteers to hold all 12 letters, so the tallest among them, the ones with the broadest wingspans, held up two letters each. The eight people weren't enough to block the on-ramp, so some motorists were able to swerve around.

[Organizer and USC film professor Perry] Hoberman says the protest was conceived in part to get the word out about a Nov. 4 demonstration the group is planning. He says it's being modeled on the Women's March held in January at Pershing Square and that organizers hope the action will include an encampment in a public place, à la Occupy Wall Street, or at least a prolonged series of protests over several days.

At one point on Tuesday they knelt on the freeway, which organizer Michelle Xai says was to acknowledge "black and Latino people who have been and continue to be murdered by police."

A video of the protest uploaded to the group's Facebook page has more than 700,000 views. Many of the 24,000-plus commenters ask for more information about Nov. 4. Plenty of others object to the group's inconveniencing motorists, and some appear to endorse running them over.

It is true that some groups linked to the antifa movement planned co-ordinated protests on 4 November 2017, but that had nothing to do with Peltz's video expressing disdain for the group in August 2017, nor did he appear to have any insider law enforcement knowledge, as he does not work as law enforcement himself.

When a wave of rumors about 4 November anti-fascist protests began, his clip became part of the claim as "evidence" that a "federal officer" warned of coming violence. In reality, a list of apparently peaceful protests were paired with an older, unrelated video to create the impression of a looming threat. Peltz himself walked the claims far back after his video brought him unwanted attention and scrutiny. There was an uptick in the rumor's spread on 1 November 2017, when the groups advertised the 4 November 2017 demonstrations in the New York Times.

[Updated] 3 November 2017: Added information about advertisements for the planned protests which appeared on 1 November 2017 in the New York Times.