The GOP claimed newly hired tax agents will be "coming after" ordinary Americans. 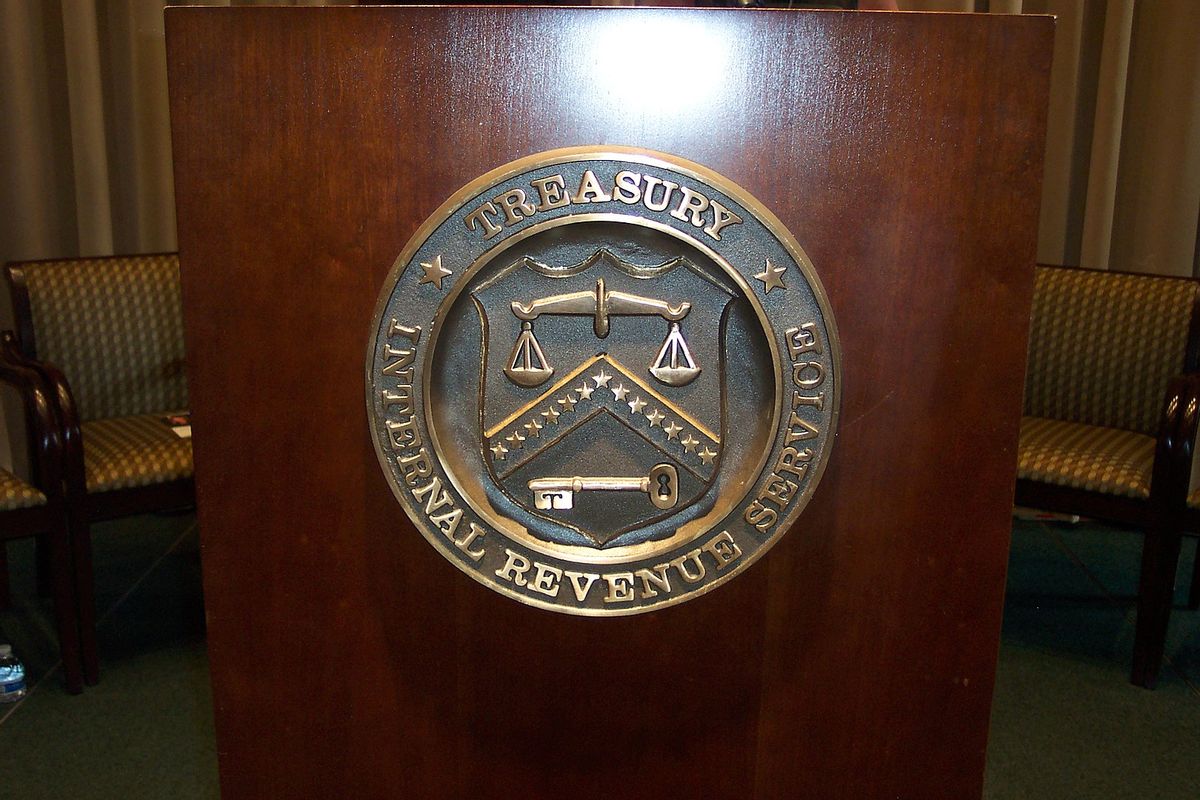 Claim:
Under the Biden administration, the IRS is hiring 87,000 new enforcement agents to "come after" and audit middle-class Americans.
Rating:

This claim misrepresents a 2021 U.S. Treasury Department report estimating that around $80 billion in funding would allow the IRS to incrementally hire nearly 87,000 employees by the year 2031. Most of those hires would be replacements for workers retiring from existing positions, including not only IRS enforcement agents, but also customer service and technology specialists. According to the Treasury Department, audit rates for those earning less than $400,000 in actual income will not rise.

After the U.S. Senate passed a sweeping spending budget in August 2022, Republicans began spreading outlandish claims about the roughly $80 billion of funding allocated to the Internal Revenue Service (IRS). They said, for example, that the IRS would be hiring 87,000 new tax agents who would be “coming for” average Americans.

The IRS is not planning to hire 87,000 new tax agents for the purposes of targeting or "coming for" Americans who earn below a certain income. These exaggerated claims appeared to be aimed, at least in part, at capitalizing on partisan anger over the FBI raid on former U.S. President Donald Trump’s home in Mar-a-Lago earlier in August. The raid was part of an investigation into whether Trump took classified records from the White House to his Mar-a-Lago residence, and had no apparent connection to taxes or the IRS.

So, what is the $80 billion allotted to the IRS actually for? The Inflation Reduction Act would inject much needed funds into the federal tax agency, which has spent years chronically underfunded, according to The Washington Post, without the resources to process returns efficiently, or assess tax avoidance strategies. The agency's budget and staffing dropped considerably during that time. Around 50,000 staff members would be eligible for retirement in the next five years, according to Natasha Sarin, Treasury counselor for tax policy and implementation. She told The Washington Post that most of the funding will be focused on mitigating the effects of those losses by hiring more customer service and information technology specialists, as well as enforcement agents.

$45.6 billion of the funds would be aimed mostly at enforcement, with the remainder spent on upgrading technology and operations. Treasury officials say they do not know the exact number of enforcement agents that will be added to the staff.

So where did the 87,000 number come from? A Treasury Department May 2021 report estimated that the injection of new funds via the legislation would enable the IRS to incrementally hire around 86,852 new staff by 2031. But most of those hires would neither be for new positions nor for the roles of IRS enforcement agents. New staff would be added in increments of about 7,000 to 12,000 people.

The Treasury Department report analyzed how best for the administration to address the “tax gap," which is the difference between what is owed to the government and what is actually collected. That figure is believed to be at least $381 billion a year due to underreporting of income. According to the report, enforcement would be focused on those with higher incomes:

This involves spending nearly $80 billion on IRS priorities over the course of the decade including hiring new specialized enforcement staff, modernizing antiquated information technology, and investing in meaningful taxpayer service—including the implementation of the newly expanded credits aimed at providing support to American families. Importantly, the additional resources will go toward enforcement against those with the highest incomes, and audit rates will not rise relative to recent years for those earning less than $400,000 in actual income.

Moreover, U.S. Treasury Secretary Janet Yellen sent a letter to the IRS directing the agency to limit those audits to higher earners:

Specifically, I direct that any additional resources—including any new personnel or auditors that are hired—shall not be used to increase the share of small business or households below the $400,000 threshold that are audited relative to historical levels. This means that, contrary to the misinformation from opponents of this legislation, small business or households earning $400,000 per year or less will not see an increase in the chances that they are audited.

In response to the claims about the IRS gearing up to target lower-income people for audits, Sarin told Time magazine: “It is wholly inaccurate to describe any of these resources as being about increasing audit scrutiny of the middle class or small businesses [...] There’s a big wave of attrition that’s coming and a lot of these resources are just about filling those positions.”

"Did Trump Issue This Statement About FBI Raid of His Mar-a-Lago Home?" Snopes. https://www.snopes.com/fact-check/trump-statement-fbi-raid/. Accessed 11 Aug. 2022.

"The IRS Wants to Spend Billions on “Enforcement.” Here’s Who Is Most Likely to Get Audited." CBS News. https://www.cbsnews.com/news/irs-audit-rates-taxes-inflation-reduction-act/. Accessed 11 Aug. 2022.