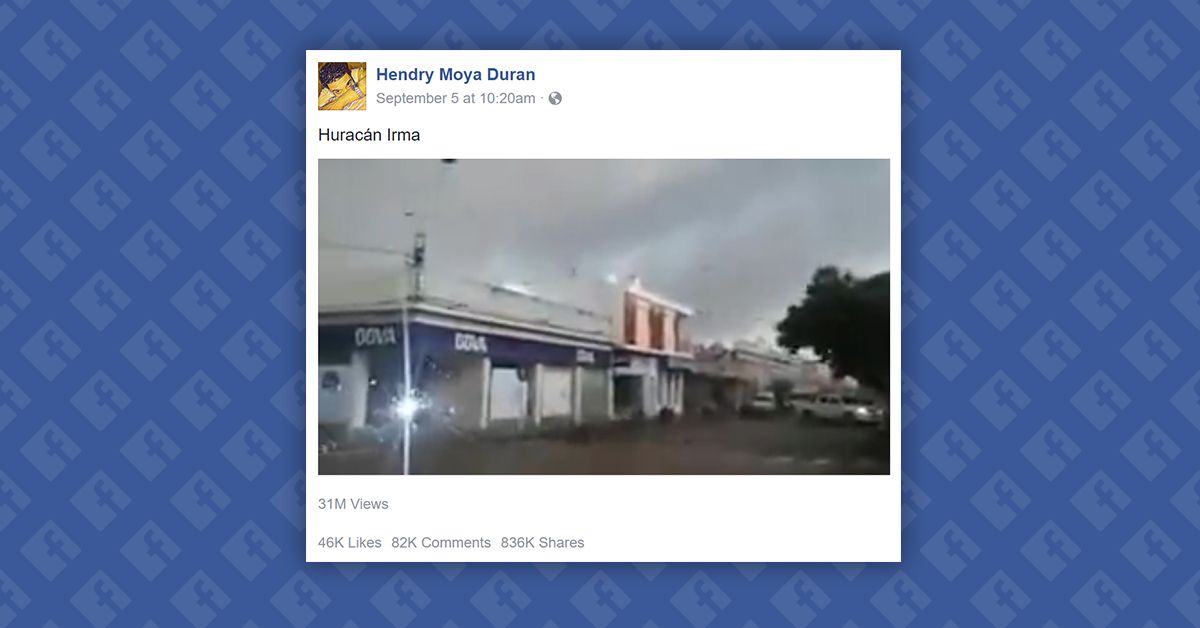 On 5 September 2017, as Hurricane Irma approached the island of Barbuda, a Facebook user posted a video purportedly showing the strong winds from Hurricane Irma ripping through a small town in the Caribbean: As news broke that the storm had reached Category 5 strength, with sustained winds of over 180 mph, the video was widely shared as if it depicted the devastation wrought by the massive storm. Within three days of its initial posting, the video had been viewed more than 30 million times.

This footage, however, does not show Hurricane Irma. It actually shows a tornado that struck Dolores, Uruguay in April 2016:

More than 200 people suffered injuries and about 400 structures have been affected, said Sen. Guillermo Besozzi.

Images from the city showed overturned cars piled on top of one other, shattered windows, and decimated buildings.

The BBVA bank shown in the video is located at the intersection of Gritto de Asencio and General Jose Gervasio Artigas in Dolores, Departamento de Soriano, Uruguay. The following image shows a Google Maps screenshot (left) showing the bank in October 2015 (before the storm), compared to a still from the video (right). The same strip of buildings can be seen in both images:

Contemporary reports also noted that BBVA was one of many companies who contributed to the relief effort after the April 2016 tornado in Uraguay.