Reports about Sahar Tabar failed to provide proof that she based her appearance on the "Tomb Raider" star, or to what extent she underwent surgery to achieve her look. 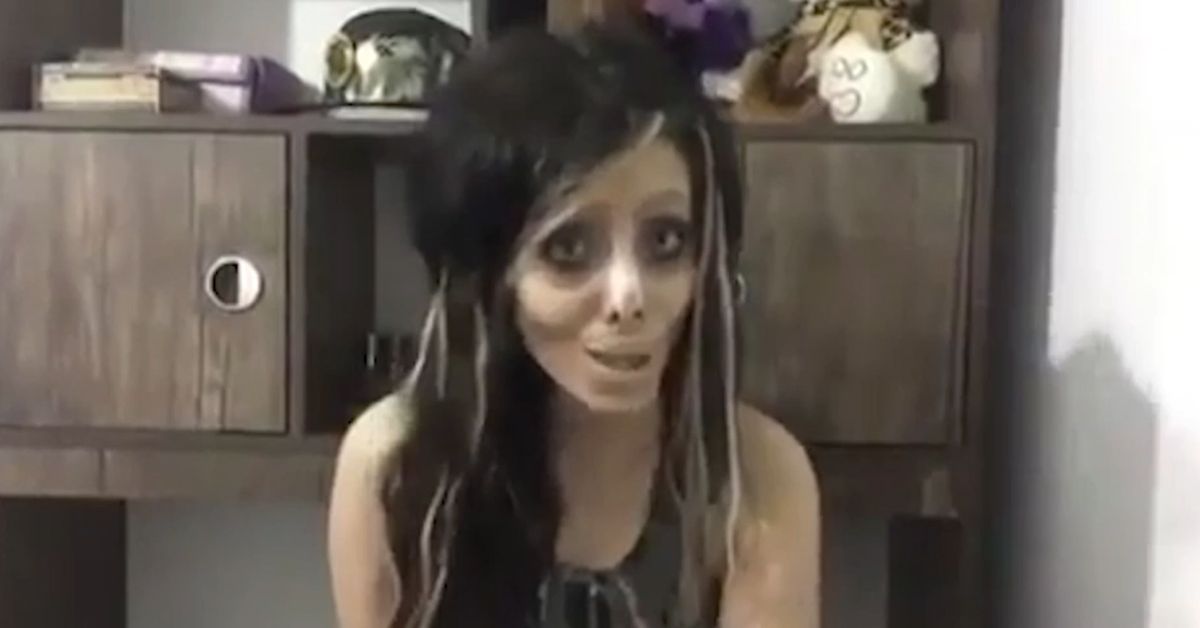 Image Via The Sun/Video Screenshot

A young Iranian woman was placed at the center of online controversy in November 2017 after several news outlets reported that she had had extreme plastic surgery in order to look like Angelina Jolie.

The Belgian news site Sud Info reported that Sahar Tabar had undergone "50 plastic surgery operations in just a few months" and had lost 40 kilos (around 88 pounds) in an effort to physically resemble actress Angelina Jolie.

The story was quickly picked up by web sites in India, Saudi Arabia, and the U.S., among other countries. Although Sud Info listed Tabar as being 22 years old, other sites have reported that she is only 19.

While most reports on the subject relied on Tabar's official Instagram account (no longer available online), which has amassed 447,000 followers, another Instagram account using Tabar's name rebuffed the allegations that she had experienced as many as 50 surgeries in a 28 November post that stated:

Hello relatively dear followers, the picture that you're scrutinizing, even though I didn't like it, I kept it in ... I must say I only had [indeterminate number of] surgery, not 50 surgeries, and foreign sites and channels were very biased in the way they talked about my photos. I thought these people are probably living in the 18th century and they haven't seen or heard of technology or makeup and they are really surprised.

Tabar's mention of technology and makeup suggested that her photographs might have been digitally altered and/or that she achieved the unusual look on display in online images in part through through the application of cosmetics or prosthetics. Tabar's post also asserted that those who have criticized her were merely displaying "a show of jealousy and flames."

Critics have maintained in comments posted to her social media accounts that Tabar is actually employing prosthetics in her photographs, a suspicion she confirmed in an interview published by the Russian news outlet Sputnik on 4 December 2017.

No, of course. This is Photoshop and makeup. Every time I publish a photo, I paint my face in an increasingly funny way. It is a way of expressing yourself, a kind of art. My fans know that this is not my real face.

According to Tabar, she had only undergone three plastic surgeries: "a nose, enlarged mouth and liposuction." She also rebuked the idea that she set out to emulate Jolie's facial appearance:

Actually, no. I did not even think about being like Jolie. Also, I did not want to resemble the cartoon character "Rotting Bride." Now I understand that I look something like them, but I am a muse myself and imitating someone is not an end in itself.

The many articles about Tabar leading up to her apparent confession did not contain any quote from a direct interview with her or a social media post from her affirming the number of surgeries she allegedly undertook, her purported dieting, or whether her actual motivation was to like the Academy Award-winning actress. A video posted by the British newspaper The Sun, for example, captures Tabar speaking Farsi, but our translation of that video found in contained no mention of Jolie.

Like other "viral" stories, the report on Tabar had spread without much in the way of sourcing, aided in part by her unique pictures.

POSTSCRIPT -- In October 2019, news accounts reported that Tabar had been arrested by Iranian authorities for 'blasphemy':

The social media star known as Sahar Tabar was detained on the orders of Tehran’s guidance court, which deals with “cultural crimes and social and moral corruption”, [the semi-official news agency] Tasnim said.