A falsely-captioned video supposedly shows the chief Iranian negotiator on television candidly reflecting on the negotiating process with the U.S. 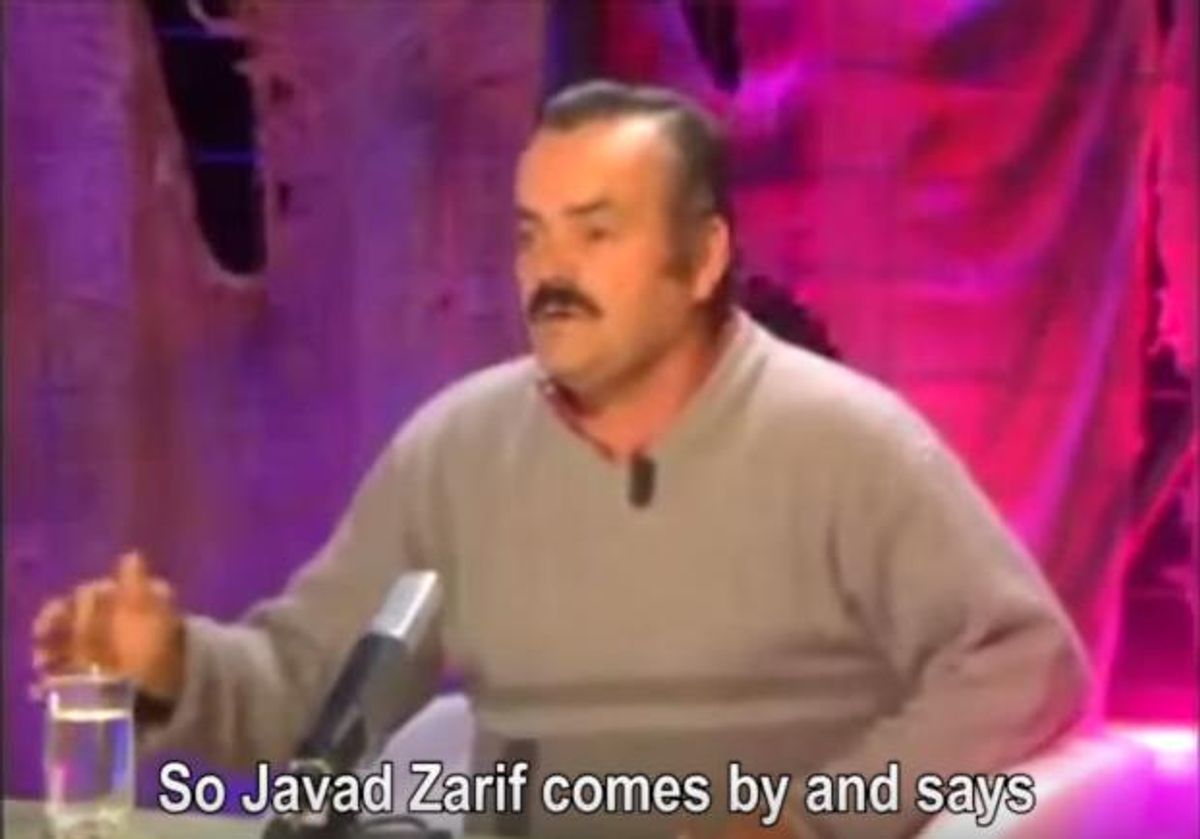 Claim:
A video shows the chief Iranian nuclear negotiator appearing on television and candidly reflecting on the negotiating process with the U.S.
Rating:

In July 2015, many Internet users were amused by a video posted to YouTube that ostensibly showed an Iranian negotiator appearing on an unidentified foreign television talk show and poking fun at America for being foolish enough to negotiate a nuclear deal with Iran:

Unsurprisingly, many viewers were fooled by the video and believed it actually showed the Iranians' reaction to President Obama's efforts to conclude a deal with Iran limiting that country's nuclear ability in return for lifting international oil and financial sanctions against them.

However, just like a similar video from May 2015 that supposedly showed how the Muslim world reacted to President Obama's speech about the dangers of climate change, this item is simply a spoof created by deliberately layering incorrect subtitles over an unrelated television clip for humorous effect.

In this case, the "Iranian negotiator" shown in the clip is neither Iranian nor a negtiator: he's actually Spanish comic Juan Joya Borja, commonly known as "El Risitas" (i.e., "The Giggles"):

Juan Joya Borja, (aka the giggles) was born in Sevilla, Spain. Juan has had a number of jobs throughout his life, including cooking, unloading sacks of cement, etc. His first appearance on TV was in 2000, in Jesús Quintero's show El Vagamundo, where he gave interviews on various life situations in a comic tone with his defunct partner He became recognizable for his giggling, which gave him the nickname "El Risitas" (translated as "The Giggles" from Spanish). He also appears in the cast of the 2005 film El Protector.