A photograph showing a blurred-out woman's volleyball player did not originate from an Iranian news agency. 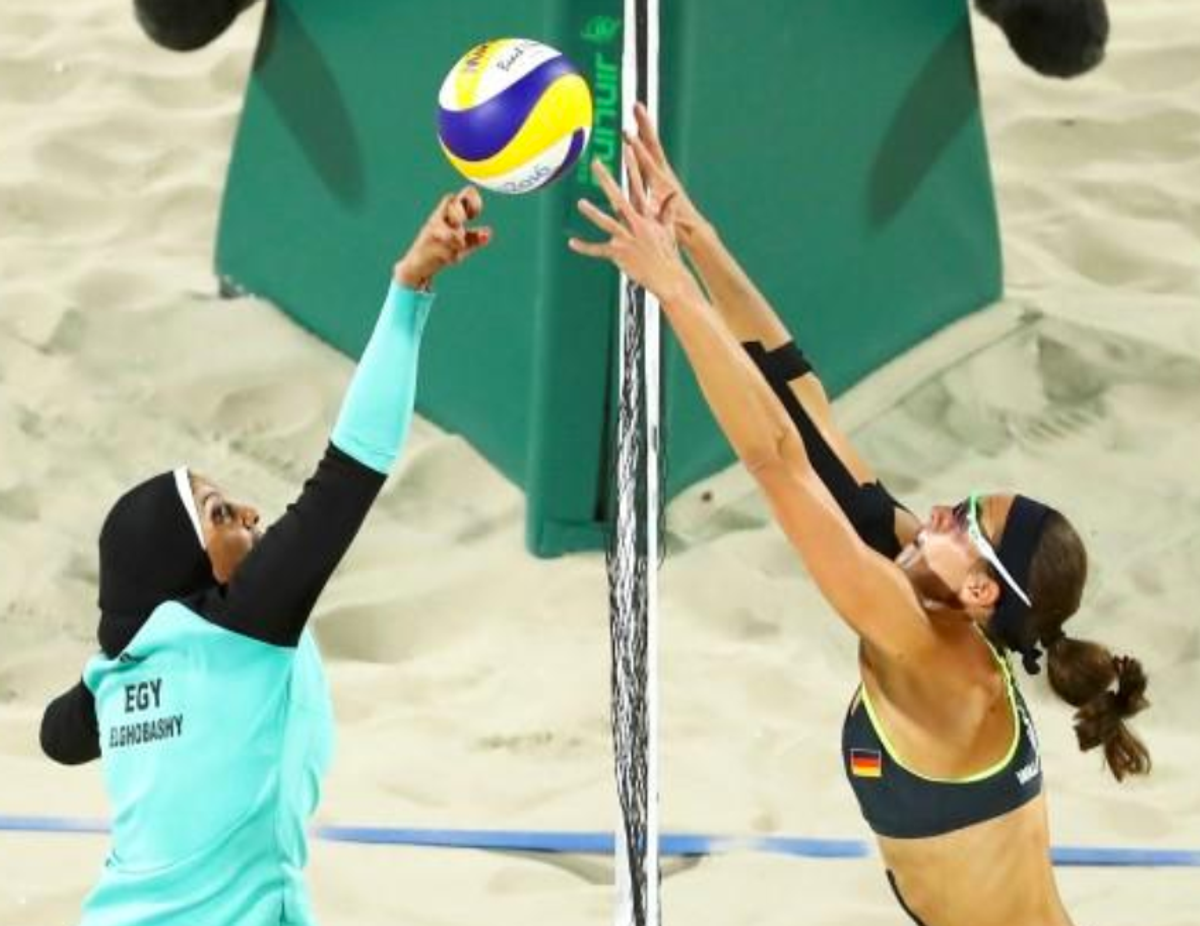 Claim:
Iran's Tasnim News Agency blurred a woman volleyball player out of a photograph because she was in a bikini.
Rating:

A series of Reuters photographs of a women's volleyball game at the 2016 Olympic Games showed Egypt's Doaa Elghobashy participating in a hijab against Germany's Kira Walkenhorst on the Copacabana Beach in Brazil.

Soon after that, a photo purporting to be from Iranian news agency Tasnim News appeared on Twitter, claiming that Iran had censored the photograph of the bikini-clad player:

The photograph went viral before someone pointed out that the originating Twitter account wasn't from Tasnim News, but from a parody account named Tansim News, with the positions of the "n" and the "s" switched in the word (the Twitter account bore that name, but has now been switched to @SexyPundit).

Buzzfeed contacted the Twitter user behind the parody, who asked not to be identified:

“It did make a case for selective blindness, snap judgements and our instinctual response to news,” he said.

“We love to see news stories that confirm our worldview and strengthen our assumptions. That’s basically how stereotypes work.”

A lot of people in the West seem to believe that Muslims are morons and misogynists, he said.

“The photo told the story of a Muslim media outlet being moronically incompetent in misogyny. They loved it.”

The satirical photograph received some criticism: