Can You Access Emergency Services by Pressing an iPhone's Lock Button Five Times?

Users of the iPhones running iOS 11 can make use of the feature but should take some precautions. 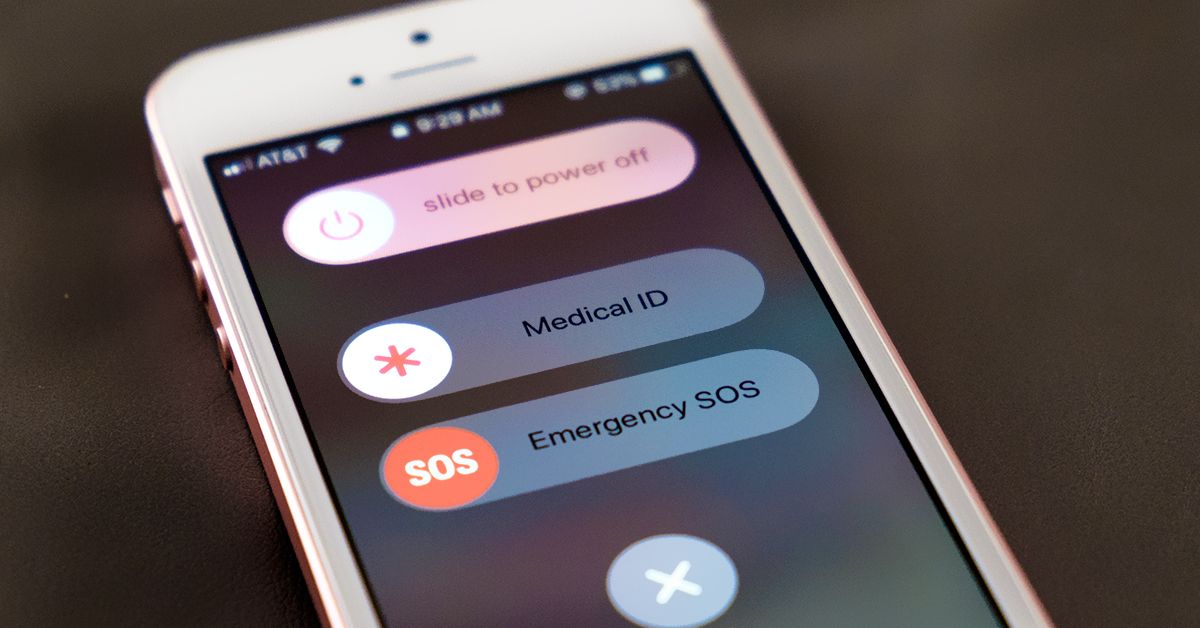 The Emergency SOS feature is only available to users running iOS 11; so those using iPhones older than a 5s, or who have not yet upgraded to iOS 11, cannot access it.

In late 2017, a number of memes circulated on Facebook advising iPhone users of a purported new function allowing them to discreetly contact emergency services by pressing the Lock button five times and selecting Emergency SOS: Can you really hit your lock screen button six times on an iPhone and get an SOS button? I saw a meme about it on Facebook, and wondered if it was true. I don't have an iPhone, so I couldn't test it! But I'm curious!

Is this true for some I-phone models?
"#shareable PSA: If you're ever in an unsafe situation and need to discreetly call the police, hit your iPhone's lock button (on the side) quickly 5 times and you'll get this screen."

This option is available to users of iPhones running the operating system iOS 11. An Apple Support page explaining the details and limitations of the feature began:

Use Emergency SOS on your iPhone

With Emergency SOS in iOS 11, you can quickly and easily call for help and alert your emergency contacts.

Here's how it works

When you make a call with SOS, your iPhone automatically calls the local emergency number. In some countries and regions, you might need to choose the service that you need. For example, in China you can choose police, fire, or ambulance.

The feature is accessible by different methods, depending on the iPhone model and geographic location of the user:

Here's how to make the call on iPhone X, iPhone 8, or iPhone 8 Plus:

1. Press and hold the side button and one of the Volume buttons until the Emergency SOS slider appears.

Here's how to make the call on iPhone 7 or earlier:

1. Rapidly press the side button five times. The Emergency SOS slider will appear. (In India, you only need to press the button three times, then your iPhone automatically calls emergency services.)

After the call ends, your iPhone sends your Emergency contacts a text message with your current location, unless you choose to cancel. If Location Services is off, it will temporarily turn on.

If your location changes, your contacts will get an update, and you'll get a notification about 10 minutes later. To stop the updates, tap the status bar and select "Stop Sharing Emergency Location." If you keep sharing, you'll get a reminder to stop every 4 hours for 24 hours.

If you use the Emergency SOS shortcut, you need to enter your passcode to re-enable Touch ID, even if you don't complete a call to emergency services.

Because the feature depends iOS 11, users of iPhone models older than 5s cannot access it.

Users with newer iPhones must upgrade to iOS 11 in order to access the feature; they should read Apple's documentation and test whether they can access the Emergency SOS option before trying to use it in an emergency. The service may depend on the reliability of local emergency services.

Travelers should also inform themselves about how to manually access emergency services in whatever location they are visiting, as it is entirely possible that they might not have access to their phone in an emergency.

Skepticism about the claim wasn't unwarranted. A similar rumor held that asking Siri (iPhone's voice assistant) to "charge my phone to 100 percent" would trigger a police response, but that was mostly false. Rumors about ways to surreptitiously contact emergency services long predate the use of smart phones. Another false rumor purported that leaving a phone off the hook would eventually trigger a 911 call. The danger of these rumors is that they give potential crime victims a false sense of security, and could distract from other (real) ways to get help in an emergency.