Does This iPhone Shortcut Allow Recording of Police Interactions? 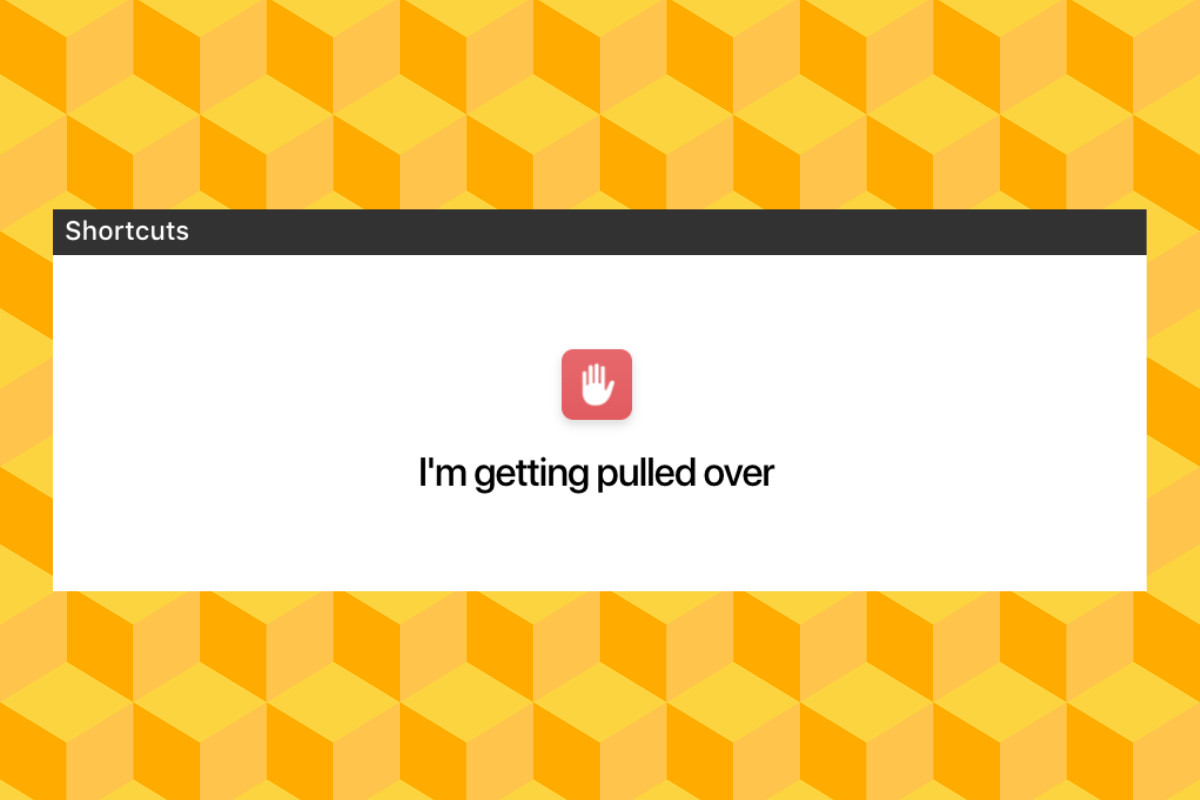 Claim:
Saying, "Hey Siri, I’m getting pulled over" enables a shortcut on your iPhone to record police interactions.
Rating:

Interest in mobile phone tools that allow users to record police interactions grew in the spring of 2020 as the U.S. faced a national reckoning over police brutality against Black Americans. The May 25, 2020, police-custody death in Minneapolis of a Black man named George Floyd at the hands of a white officer resulted in a resurgence in popularity of iPhone Shortcuts, such as I’m Getting Pulled Over.

Some readers asked Snopes if the tool were real. It is. This particular shortcut — which iPhone users have to install — has been available since 2018, and sets off a series of actions in your iPhone after you say the words, "Hey Siri, I’m getting pulled over."

After you state the command, the shortcut begins recording with your front-facing camera, turns down the phone's brightness, pauses any sounds playing in the background, turns on "Do Not Disturb" mode, and sends your pinpointed location to an emergency contact in your phone. It also sends a quick text to your contact of choice to say you are being pulled over. Once it stops recording, it can text or email the video to the contact or save it via Dropbox or iCloud Drive.

Robert Petersen, who created I’m Getting Pulled Over, said to Business Insider in 2018 that this could be the "civilian equivalent" of a police body cam. According to Petersen, some told him they adapted the shortcut for use during other dangerous situations as well, such as stalking.

In response to a comment online that he was part of the problem, and that "most police are good," Petersen defended his shortcut, saying:

Apple launched the Shortcuts application in 2018. The application lets users streamline tasks with a single Siri command. A Reddit post and June 2020 Twitter thread from Petersen explained what his shortcut does.

The American Civil Liberties Union also created an application in 2015 that allowed users to discreetly record police interactions, pointing out how taking photographs or video is a First Amendment right.

The app has been widely reported as functional, albeit with limitations that Petersen regularly addresses on his Twitter page. Therefore, we rate this claim about the app's availability as "True."

Leswing, Kif, and Eadiciccio, Lisa.   "'Siri, I'm getting pulled over': A shortcut for iPhones can automatically record the police."    Business Insider. 12 June 2020.