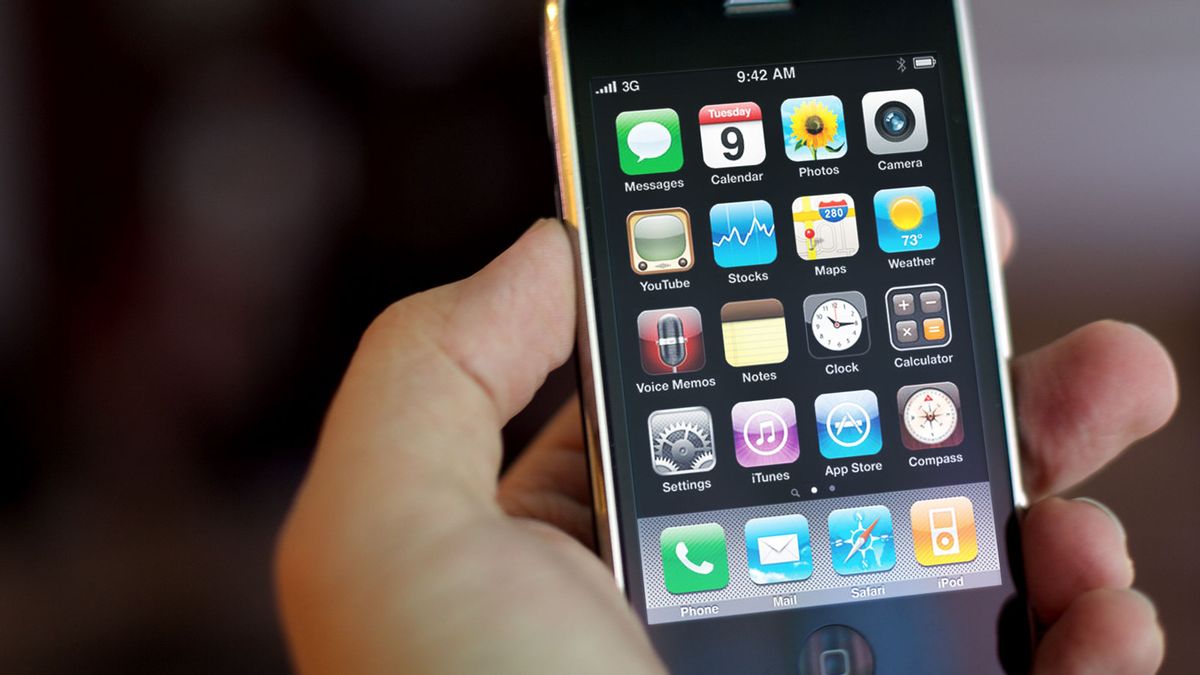 FACT CHECK:   Was a blue sensor installed in a woman's iPhone with the intent of tracking her whereabouts?

Claim:   A blue sensor was secretly installed in a woman's iPhone by a Talk N' Fix employee at a Springfield, Missouri, mall with the intent of tracking her whereabouts. Origins:   On 6 September 2015, Facebook user Hannah Grace posted a message in which she claimed that a blue sensor had been secretly installed on her iPhone by an employee at a Talk N' Fix kiosk in a Springfield, Missouri, mall:

I brought my phone into a repair shop about 2 weeks ago to get my screen replaced at a place in the battlefield mall Springfield MO called talk n fix. When I received my phone after the workers repaired it the first time, I noticed a blue sensor near the ear piece that lit up each time I used my phone; something that has never been seen on any apple products before, according to multiple Apple employees I talked to later on.

While Grace immediately identified the blue light as a "sensor," she didn't provide any proof of what was causing the supposedly strange new light on her iPhone. The claim that it was some sort of tracking device was based on Grace's statement that a pin had been dropped in "some Arab country that I'm totally unfamiliar with" on her maps application:

I didn't think a whole lot of it because I didn't realize it wasn't common until I opened up my maps for the first time after my phone was returned and there was a dropped pin in some Arab country that I'm totally unfamiliar with.

A theme common in hoaxes, scams, and alarmist online rumors is a distinct lack of detail, such as identifying the country where the supposed pin was dropped as "some Arab country." While this may be an intriguing detail in a story about sex trafficking, it serves no real world purpose. Why would sex traffickers alert their victims about where they were going to be taken?

The race-baiting continued when the Talk N' Fix employees were identified as "foreigners":

Within the next few days of me receiving my phone, I kept receiving a notification that my SIM card was unavailable and I would have to restart my entire phone to get it working again. After all these weird things started happening, I talked to a friend on the phone the night before I went in the second time and mentioned that I thought these foreign workers might have done something sketchy and I felt like I was being monitored. After going to bed right after and then waking up the next morning, my whole phone was completely shut off and the screen would not work. I immediately brought it to talk n fix in the mall to confront the employee whom completely ignored the fact that he put a blue sensor into my phone, claiming that it has always been there.

The story spun in this viral Facebook message is based purely on assumptions. A strange blue light became a tracking sensor. A pin in "some Arab country" hinted at international sex traffickers plying their trade at a cell phone kiosk in a Missouri mall. A malfunctioning SIM card became proof of "something sketchy" going on. Yet the post provided no evidence that any of these claims might be true.

The speculation continued when another mall customer arrived at the Talk N' Fix:

All the while that I'm arguing with this employee, a Caucasian man covered in tattoos is standing way too close to me, clearly eavesdropping on the whole conversation and almost standing there as if to threaten and make me feel uncomfortable. After pointing it out immediately the worker sent the "customer" away but he continued to just lurk around the mall near the kiosk occasionally looking over at me. The worker told me it would be 20 minutes to fix, although it ended up taking at least an hour, and when I finally got the phone back the blue sensor was completely gone. When asking where it was the man completely denied that it was ever there. I could sense something so wrong was going on, and I had a Sears employee escort me out to my car. Good thing I had somebody walk me out to the parking lot, because I found the same man who was eavesdropping on my conversation at the mall covered in tattoos waiting out near my car smoking a cigarette in a nearly empty parking lot at 11 am on a Tuesday. The following days I was followed to a friends house in a car and have not even felt safe walking from my car to the front door of my own home. After discussing my situation with a few apple employees, I was consistently told that all of these signs are major indications that my phone was being monitored by somebody.

Here again, another mundane incident (a man smoking a cigarette) was blown into a conspiracy (she is being followed) involving evil (tattooed) people.

The final section of this fantastical story answers our most pressing question about the mysterious blue sensor. Why would these "foreign" people install a tracking device on this woman's iPhone? The answer involves a sex trafficking ring in Springfield, Missouri:

I notified the mall security and the university as well filed a police report, and the police took my complaint seriously, pointing out the fact that these men could very well be involved in the underground sex trafficking that has started to become a major issue in Missouri, specifically in college towns like Springfield. I apologize for the long drawn out story but i felt like this needed to be shared with everybody since this could have literally happened to anybody, especially unaware college students that these disgusting people appear to be interested in now. These types of people are dangerous and sneaky and have no respect for our country or women, and are literally trying to sell humans into sex slavery for probably drug money. This issue is prominent in Springfield because as it turns out there is in fact an underground sex trafficking office in Springfield that typically targets younger runaway girls traveling alone. Although I don't fit their usual target, my case may be the first of more to come of these people looking to stalk and take advantage of college students not just in Springfield but anywhere. Please spread this so everyone can be aware and have the chance to report something odd going on if similar things happen to them before someone actually gets hurt.

There are several problems with the above-quoted story. First, let's talk about the blue sensor. Since most modern smartphones are equipped with GPS, installing a separate tracking device would be redundant and cumbersome. Also, iPhones are designed to be as small as possible. Nearly every millimeter of space inside of an iPhone is already occupied. It seems very unlikely that someone could (or would) install a separate tracking device into an iPhone: The above-referenced Facebook message contains very few facts. All we really know about this woman's iPhone is that a blue light appeared on it shortly after she had repair work done on it. This suggests one of two explanations: Either the blue light was the result of an improper repair (the "blue light" might be coming from an uncovered proximity sensor), or, as posited by the Facebook user, it was a tracking device installed by foreign workers in order to lure her into a sex trafficking ring run by an ominous tattooed white man in an unnamed "Arab country."

On 7 September 2015, Zhi Zhou, owner of the Springfield, Missouri Talk N' Fix, responded to the allegations saying that the story was made up by one of his competitors:

How can we do that in a open kiosk in the middle of the mall? 80% our customers are watching us to do the repairs in front of them! ... I think that it’s our competitors trying to give us bad name.”