Rumors that the iPhone 7 will lack a headphone jack began in late 2015, with later versions accusing Apple of a shakedown. 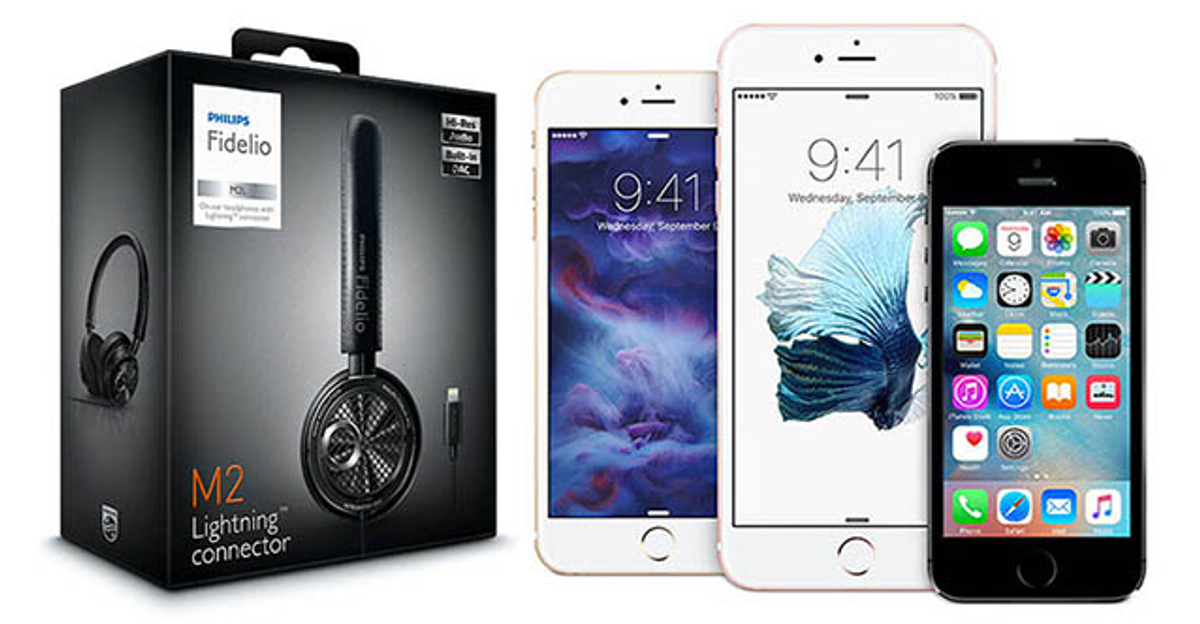 Claim:
Apple is eliminating the headphone jack for iPhone 7 in order to force users to purchase expensive Bluetooth equipment or proprietary headphones.
Rating:

Speculation began in November 2015 that Apple planned to eliminate the standard headphone jack from the upcoming iPhone 7.

Apple has confirmed the iPhone 7 lacks a headphone jack; changes to the iPhone 7 will require the use of expensive proprietary equipment.

Pretty much anything specific about the features of the iPhone 7.

On 27 November 2015 the technology web site BGR published a blog post titled about then-swirling rumors claiming Apple would be eliminating the headphone jack from the upcoming iPhone 7:

Most of the time, iPhone rumors promise exciting things. However, the latest iPhone 7 rumor makes me feel very annoyed. Via 9to5Mac, Japanese Apple blog Macotakara claims that Apple has plans to completely remove the 3.5-millimeter headphone jack from the device. This would mean that the only way to connect headphones to the device in the future would be either via Bluetooth or the Lightning port.

Here’s why it wouldn't surprise me if this rumor had some truth to it: Apple showed starting with this year's new MacBook that it's on a quest to eliminate unnecessary ports. In fact, the new laptop featured just two ports: A USB Type-C port and a headphone jack.

Apple is making a bet that all accessories are going to be wireless in the near future, which will eliminate the need to have so many ports on our devices.

In its earliest incarnation, the rumor retained the same core claim (i.e., that Apple planned to eliminate headphone jacks), but for reasons that tech bloggers surmised was far less nefarious: it was simply a part of Apple's ongoing quest to enhance the aesthetic lines of their products. The headphone jack was a likely port to land on the chopping block, as consumers are largely moving away from wired peripherals. In earlier versions of the rumor no mention was made Apple's forcing users to buy proprietary headphones, nor was the rumor viewed through a lens of Apple's exploiting their customer base. (Of course, should the rumor turn out to be true, no one will be forced to upgrade, or to continue using Apple products when they do.)

A contemporaneous Quartz piece dated 30 November 2015 similarly posited that the headphone jack removal rumors fit with Apple's aesthetic mission, not with the company's hustling their user base:

Replacing the headphone jack would be a move straight out of the Apple playbook. The language used by Apple product marketing head Phil Schiller to describe Apple’s thinking around the new MacBook fits well here, too. From an interview this past summer:

Why don’t we design a product that's around this wireless world that has really no physical connection that you need — you can get by without ever needing that. Wouldn't that be a better world? And in doing that we realized, yeah, but we do need to charge it. So let's go create this one port that can charge and be USB and be your video out. And that way, if you need to connect, you can. You're not giving that up.

On 22 December 2015, the online petition site SumofUs published a petition that maintained that Apple's unconfirmed iPhone 7 headphone jack changes were definitively a plot to squeeze more tech bucks out of their addicted consumer base:

Apple is about to rip off every one of its customers. Again.

If the rumours are true, the new iPhone 7 will have a non-standard, proprietary headphone jack — making every pair of headphones on earth useless. Not only will this force iPhone users to dole out additional cash to replace their hi-fi headphones, it will singlehandedly create mountains of electronic waste — that likely won't get recycled.

There's only one reason for this change: to leverage Apple's market share in order to extract even more profit from its customers. With virtually no third-party manufacturers ready to fill the new market gap, Apple stands to make a killing while we — and our planet — pay the price.

The petition cited some of the same tech news material we've quoted above, but its reframing of that initial speculation included a claim that any iPhone users upgrading to the upcoming iPhone 7 would need to purchase proprietary equipment to utilize that device's purported "non-standard, proprietary headphone jack." The claim deviated sharply from the previous form of the rumor, which held that the headphone jack would be eliminated due to a consumer shift towards wireless, Bluetooth-enabled peripherals. We were unable to find any other source claiming that the headphone jack would be replaced with a "walled garden" port; all other reports suggested the jack was getting axed entirely.

Previous viral SumofUs petitions were of similarly mixed veracity. One held that Starbucks and Monsanto had teamed up for underhanded reasons, while another claimed that developers were planning to plop a mall down into the Grand Canyon.

Ultimately, no one can say with certainty what Apple has up their sleeve for the iPhone 7 until the device is theatrically unveiled at an event. (Remember, no one knew what was being announced on the day the original iPad was unveiled.) But the most credible rumors indicated that the lack of a headphone jack would be an aesthetic decision hinging partially on a consumer preference for unwired peripherals.

Most current iPhone users are aware that wireless speakers and headphones produced by any manufacturer work just fine with Apple hardware, and many use the iPhone's Bluetooth functionality seamlessly in their cars. Unless Apple is planning to sunset that functionality, there's no reason to suspect that headphone jack loss will result in only Apple-specific headphones working with the device. While having to make additional purchases along with the buying of expensive equipment are irritating, unwired headphones sure to be compatible with Bluetooth-enabled devices in the $10 range can be readily found via online vendors such as Amazon.