While several web sites claim that there's a law preventing Iowans from kissing for more than five minutes, we couldn't find any such regulation. 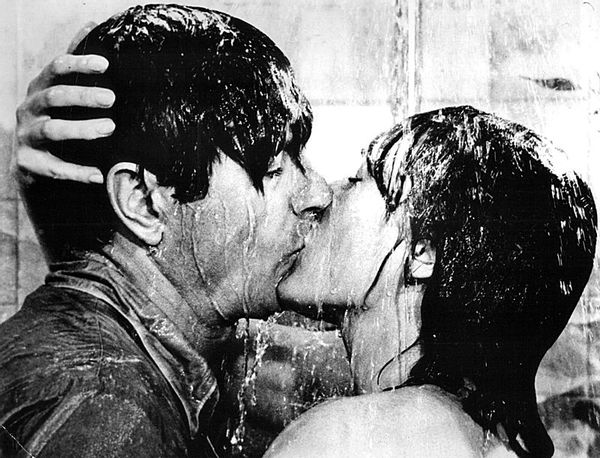 Claim:
A law in Iowa forbids people from kissing for more than five minutes.
Rating:

The claim that Iowans are legally prohibited from kissing for more than five minutes has been circulating on the internet for more than a decade. While this "dumb law" has been reported by dozens of web sites, it appears to have originated on a joke web site and not with any actual legislation.

This is frequently shared on social media and has appeared on web sites such as Only In Your State, news outlets such as My San Antonio, and books such as The Duh Awards: In This Stupid World, We Take the Prize. While this "dumb law" has been shared far and wide on the internet, the majority of these outlets fail to provide any evidence that this law actually exists; when a web site does provide a source link, it is typically directed at the web site Dumblaws.com:

Kisses may last for no more than five minutes.

While Dumblaws.com does provide the "full text of the law" for many of its items, several laws (including Iowa's alleged kissing law) are presented without proof. This isn't surprising, as Dumblaws.com writes in its FAQ section that the web site is for "entertainment only" and that the laws appearing on the site have not been properly fact-checked:

We have done our best to maintain the accuracy of this database, however, we are not lawyers and do not have the time nor resources to explore the topic as thoroughly as we would like. If you have information that conflicts with ours, please let me know!

For those who like fine print: I make no representation, expressed or implied, regarding the accuracy of the material posted on this web site. It is for entertainment only, and you should do your own research before using this information for any purpose

The earliest mention of this law that we could uncover appeared on a humor web site in 1998. While "James Fuqua's Law Jokes" does offer a few citations, the listing for Iowa's kissing law is — once again — presented without evidence.

Our search of the Iowa Legislature also came up empty handed. While we found dozens of laws related to kissing, largely connected to sexual assault or child abuse, we found no record of Iowa legally limiting the length of a kiss.  At any rate, it seems that it would be a difficult law to enforce.