Was the 'Nevada Poll Worker' Interviewed by Ingraham Actually Trump Himself? 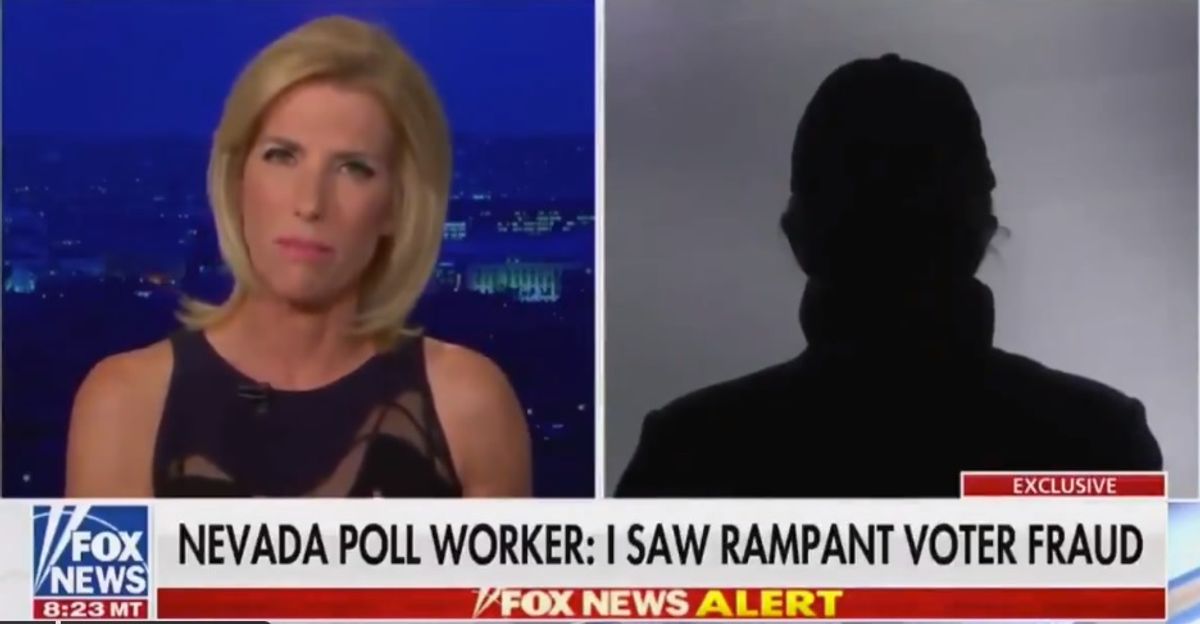 On Nov. 10, 2020, Fox News host Laura Ingraham conducted an interview with an anonymous person whose voice and face were masked, who claimed he was a Nevada poll worker and that he had witnessed "rampant voter fraud" occurring in that state.

Video of an excerpt from that interview was posted by a Twitter user who pointed out that the disguised interview subject was, quite obviously, a thinly-disguised version of President Donald Trump himself:

However, that video was an altered, overdubbed version of the original created by entertainer Nick Lutsko:

Here's the markedly very different, original version of the interview: