Is Indianapolis' Area Code a Tribute to the Survivors of a Naval Tragedy?

A local legend connects the 1945 sinking of the USS Indianapolis to telephone service. 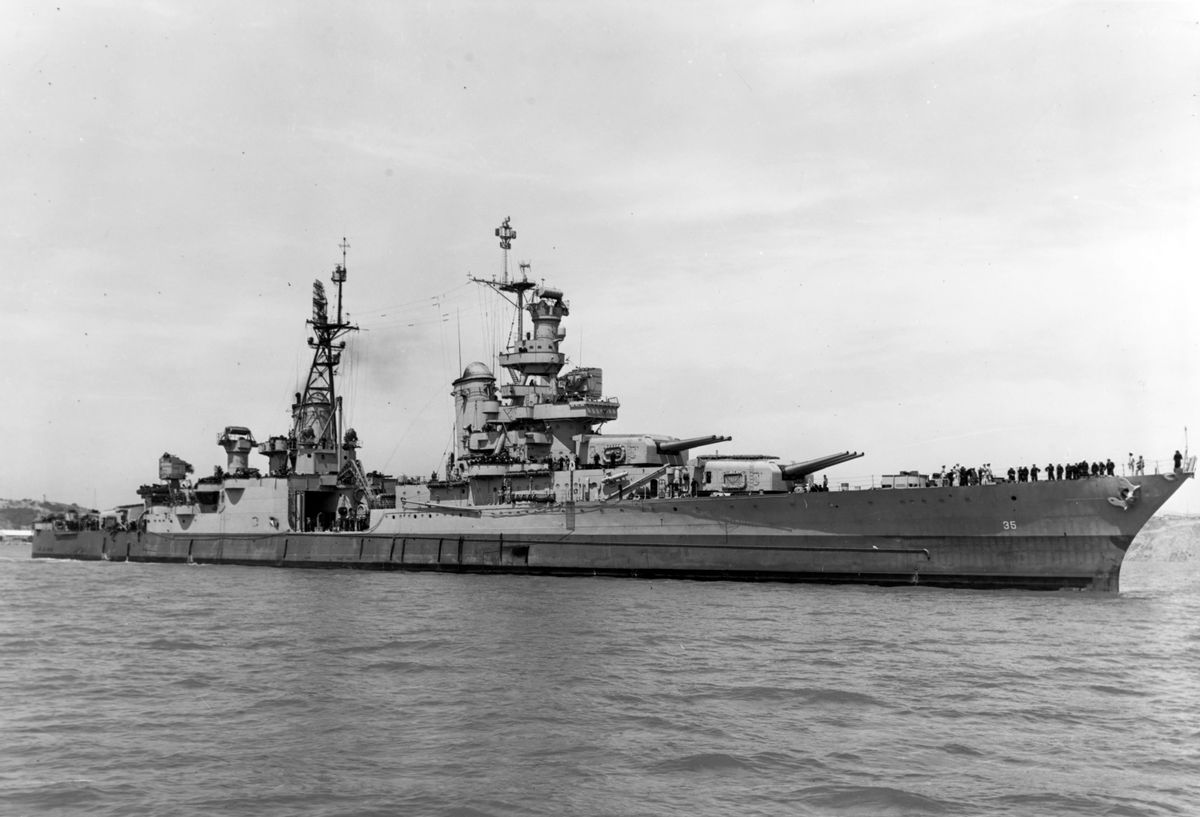 Claim:
The city of Indianapolis was assigned the 317 area code as a tribute to the number of survivors of the sinking of the USS Indianapolis.
Rating:

Contrary to local belief among some of our readers in Indiana, the state capital's original area code does not appear to have been inspired by a U.S. naval tragedy in 1945.

According to some Hoosiers, the assignation of the 317 area code to Indianapolis was an homage to the number of persons believed to have survived the sinking of the USS Indianapolis just before the end of World War II. The Portland-class cruiser was torpedoed and sunk on 30 July 1945 by the Japanese submarine I-58. The U.S. Navy initially listed 1,196 personnel as having been onboard the ship at the time of the attack, with 316 surviving the sinking.

What one reader described as a "local legend" that 317 survivors actually survived the torpedoing, and the notion that such a belief influenced Indianapolis' original area code designation, do not appear to be substantiated by any public agency. Neither the Indiana Historical Society nor the Federal Communications Commission found records related to the reasoning behind the assignation of the 317 area code to the city. We contacted the North American Numbering Plan Administration (NANPA) and AT&T, which put that area code and 86 others into operation in 1947, but received no responses. The initial set of area codes were determined, at least in part, based on a rotary phone dialing formula that estimated how many calls a particular geographic region would receive.

The belief that 317 people survived the Indianapolis' sinking, though, has also been a source of controversy. While the U.S. Navy listed 316 survivors after the incident, witnesses and survivors had insisted that the count was short by one.

The matter was not settled until March 2018, when historian Richard Hulver and documentarian Sara Vladic published an investigation into Clarence William Donnor, a radio technician who was mistakenly listed as being aboard the ship and surviving the attack:

Donnor's file indicates that within hours of arriving on Indianapolis, his notice of acceptance into an officer training program arrived with orders to report to Fort Schuyler, New York. His deployment to the Pacific was canceled. As Donnor began planning to make his way across the United States, the crew of Indianapolis finalized preparations for their fateful voyage back to war. Within a day of his departure, components for the atomic bomb Little Boy were loaded onto Indianapolis, and she departed with her top-secret cargo the morning of 16 July. Amid the chaos of the ship's hurried redeployment, Donnor's arrival onboard was apparently recorded, but his hasty departure overlooked. Thus, when the paper records were reconstructed, he remained on the final crew list resulting in a complement of 1,196 -- one man too many.

While the Navy almost immediately knew that Donnor had lived, the initial clerical error remained in the historic Navy lists with no explanation, and what became the official numbers were partially flawed.

The month Vladic and Hulver published their findings, the U.S. Navy amended their records to list 1,195 aboard the Indianapolis at the time of the attack. The revelation that Donnor was not on board also confirmed that the Navy's original tally of 316 survivors was correct, contrary to the local legend.

In November 2016, the implementation of the 463 area code for central Indiana led to 10-digit dialing being required for Indianapolis residents, including those with existing numbers in the 317 area code.

Hulver, Richard and Sara Vladic. "Setting the Record Straight: The Loss of USS Indianapolis and the Question of Clarence Donnor."     Naval History and Heritage Command.   27 March 2018.