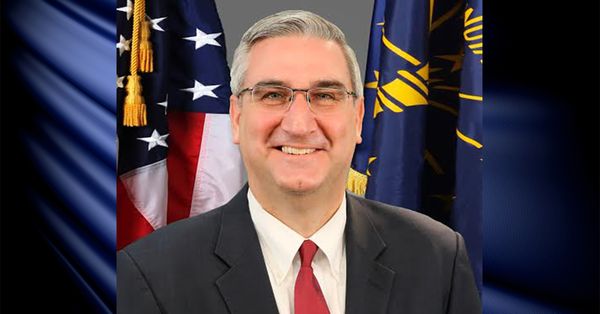 Claim:
Indiana Gov. Eric Holcomb passed a law that will lead to jail time for women who fail to disclose abortions.
Rating:

The law posits legal penalties (including jail time and fines) for health care providers who fail to report information about patients with abortion complications, not for patients who fail to disclose such information to their doctors.

In March 2018, a number of memes appeared on social media to express the notion that the state of Indiana had just passed a law requiring that "every time a woman seeks medical or psychological treatment she MUST be quizzed about past abortions," with the failure to disclose such information being punishable by jail time and fines: The most common interpretation attached to such memes was that women would face jail time for their failure to disclose previous abortions in health care settings. However, the actual news underlying this claim reported that health care providers (not patients) would be subject to potential legal sanctions under the law if they did not attempt to elicit and report information about previous abortion complications from their patients:

A new state law directs Indiana doctors and hospitals to investigate every time a woman seeks treatment for a physical or psychological condition whether she previously had an abortion that is in any way connected to the ailment.

If so, the care provider is obligated starting July 1 to submit a detailed "abortion complications" report to the State Department of Health, or risk being charged with a Class B misdemeanor, punishable by up to six months in jail and a $1,000 fine, for each instance of noncompliance.

Senate Enrolled Act 340 was authored by Indiana State Senator Travis Holdman in January 2018; it was signed into law by Gov. Eric Holcomb on 25 March 2018. That bill amended existing law to require that health care providers "report to the state department each case in which [they] treated a patient suffering from an abortion complication," and to require that reports of abortion complications (including psychological or emotional complications, depression, suicidal ideation, anxiety, and sleeping disorders) contain information such as the age and race of the patient, the type of abortion procedure used, and where that procedure was performed. The bill says that each failure to report an abortion complication as required is a misdemeanor.

Opponents of SEA 340 said the abortion complication reporting requirements are overly burdensome and view the law as the state's latest attempt to restrict abortion access.

Rep. Sue Errington, D-Muncie, wondered why the same state requirements are not required for other medical care.

"It seems to me that this is an attempt to make this appear like a dangerous procedure, and it's not," Errington said.

Martinsville Rep. Peggy Mayfield, the Republican who carried the bill, said the legislation is necessary for health purposes because the state is the only group providing oversight of abortions.

Holcomb said the bill's language is commonplace in other states.

“This bill does what 27 other states have done to gather information on these procedures without restricting access to them," Holcomb said in a statement.

Richard Feldman, a family physician and the group's legislative chairman, said the bill's reporting requirements went too far and could create barriers in the doctor-patient relationship, even for physicians who don't perform abortions.

"We opposed this bill and felt compliance was onerous for physicians, especially in light of non-compliance being treated as a criminal violation including jail time," he said. "Further, the list of complications is astonishingly long and many are inappropriate in regard to current standards of care, research value, clinical relevance, or reasonable time frames for patient contact."