Sen. Tom Cotton tweeted that Dzhokhar Tsarnaev, the man responsible for the 2013 Boston Marathon bombing, would also receive a check as part of a relief bill. 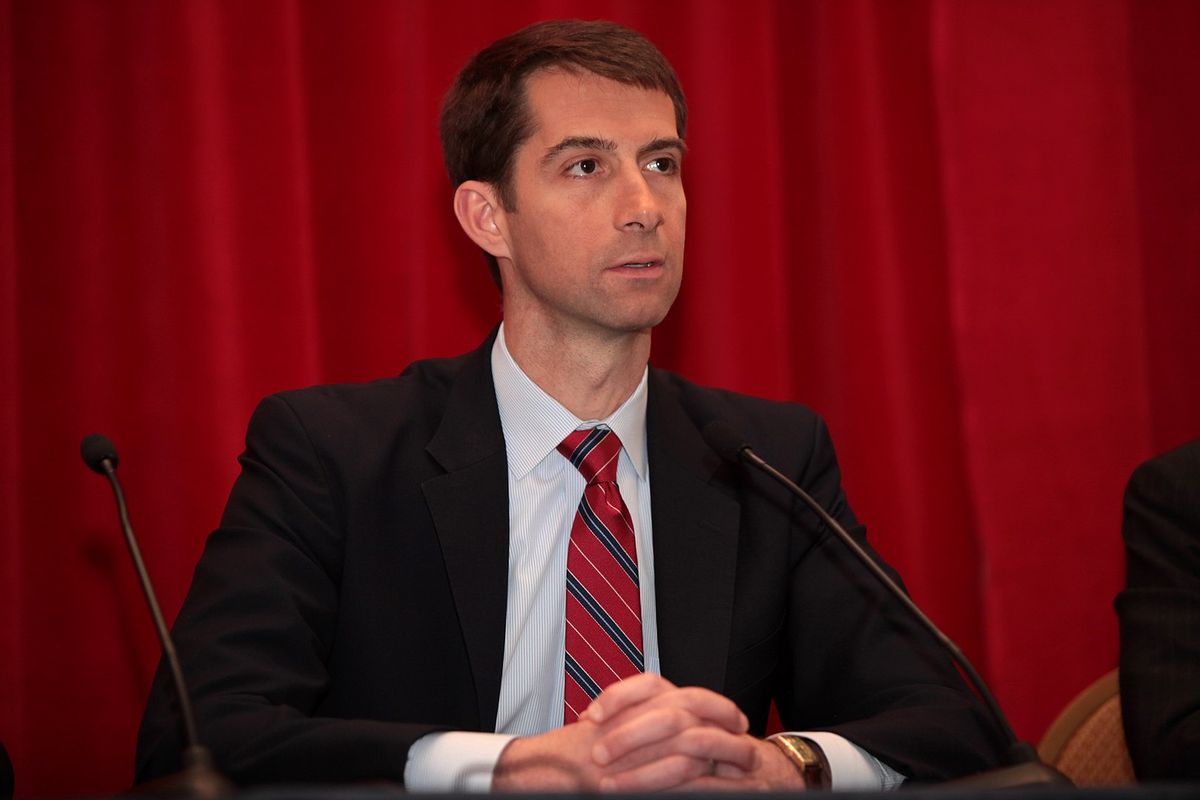 Claim:
Incarcerated people, including those who were convicted for murder like Dzhokhar Tsarnaev, will be getting stimulus relief checks as part of the latest COVID-19 relief bill in March 2021.
Rating:

Incarcerated people will be eligible for stimulus relief payments with the March 2021 COVID-19 relief bill — as they were under the Trump administration. Many prisons have, however, put up administrative and logistical roadblocks for inmates hoping to receive these payments.

Given the roadblocks, it is not clear if Tsarnaev will receive a stimulus check if he has not submitted new paperwork to the IRS in order to claim the money. But he and others convicted of a range of crimes are, in principle, eligible for such checks.

In early March 2021, the U.S. Senate passed a $1.9 trillion coronavirus relief package that includes stimulus checks, unemployment benefits, child allowances, state aid, and money for vaccine distribution. Also referred to as the American Rescue Plan Act of 2021, it immediately faced criticism from Republicans such as Sen. Tom Cotton, who tweeted that Dzhokhar Tsarnaev — the man behind the 2013 Boston Marathon bombings — would also “be getting a $1,400 stimulus check as part of the Democrats' 'COVID relief' bill.”

The tweet called attention to the fact that prisoners also qualify for the $1,400 stimulus checks that are part of the relief package. But the tweet also intentionally obscured some complicated elements of this story to make a political point, while ignoring Cotton’s own voting record.

The coronavirus relief package says $1,400 checks will be going to all eligible individuals, which includes anyone other than nonresident aliens, any “individual who is a dependent of another taxpayer for a taxable year,” and an estate or trust. As such, incarcerated people, those with noncitizen spouses, and relatives of those who died in 2020 will be eligible for payments. Full payments will go to those with adjusted gross incomes of up to $75,000 for individuals, and reduce for those with incomes above that threshold. (The IRS will rely on taxpayers' most recent tax returns to determine how much money they will send.)

The Trump administration's Coronavirus Aid, Relief, and Economic Security (CARES) Act of 2020 also enabled incarcerated people to get stimulus relief money, largely because the language did not exclude them. Ironically, Cotton voted for that relief package.

The Trump administration-era Internal Revenue Service (IRS) confirmed that in the summer of 2020 they had issued 1.2 million payments (less than 1% of the total relief payments issued) to prisoners and deceased individuals. They noted the processing of these payments in April 2020, and informed the IRS management of their concerns regarding issuing checks to prisoners. The management’s response was that “payments to these populations of individuals were allowed because the CARES Act does not prohibit them from receiving a payment.”

Soon after, the IRS changed its stance, arguing that prisoners were not entitled to relief payments. This was challenged in a lawsuit filed on behalf of incarcerated individuals, which argued that the decision to withhold stimulus payments was “arbitrary and capricious.” In October 2020, a U.S. District Court judge in California ordered the IRS and Treasury Department to send relief money to the incarcerated within certain deadlines.

A bill pushing forward the second round of coronavirus relief payments in December 2020 — also voted for by Cotton — did not restrict payments for incarcerated people.

That doesn’t mean it will be easy for prison inmates to get the money. A Marshall Project report found many prisons were putting up roadblocks to getting stimulus relief payments, including restricting access to tax forms they need to fill in order to get the money, and not providing the required information to incarcerated people. Many inside prisons rely on regular mail to get any forms, and some have complained that their forms were confiscated. Also, the second round of stimulus payments is to be distributed by the IRS using debit cards, which state prisons do not process.

Prisoners often have to pay for phone calls to family, their medical needs, stamps and other items, and can save earnings from prison jobs. But the pandemic shut most of those jobs down.

On March 6, Senate Republicans tried to pass amendments to the bill restricting stimulus relief for inmates. Sen. Richard J. Durbin noted, “This amendment will cause harm to the families of incarcerated individuals, joint filers who would receive only half of the payment that the families are owed while the spouse is incarcerated.”

Theoretically, Tsarnaev could file the tax paperwork required to get a stimulus relief payment, even though he may face the above hurdles that other incarcerated individuals will face. We don’t know if Tsarnaev has done so, but he certainly would be eligible to receive such a payment, assuming that he earned below the income threshold while in prison, no one claimed him as a tax dependent, and he had a valid Social Security card.

Given that incarcerated people are eligible for stimulus relief payments, and had been so even under the Trump administration (despite officials' belated attempt to restrict it), Cotton’s claims are correct but misleading. Furthermore, we do not know if Tsarnaev has tried to receive a payment, but he is likely eligible for one. As such, we rate this claim as “Mostly True.”