A story that the President is banning all fake news came from — you guessed it — a fake news site. 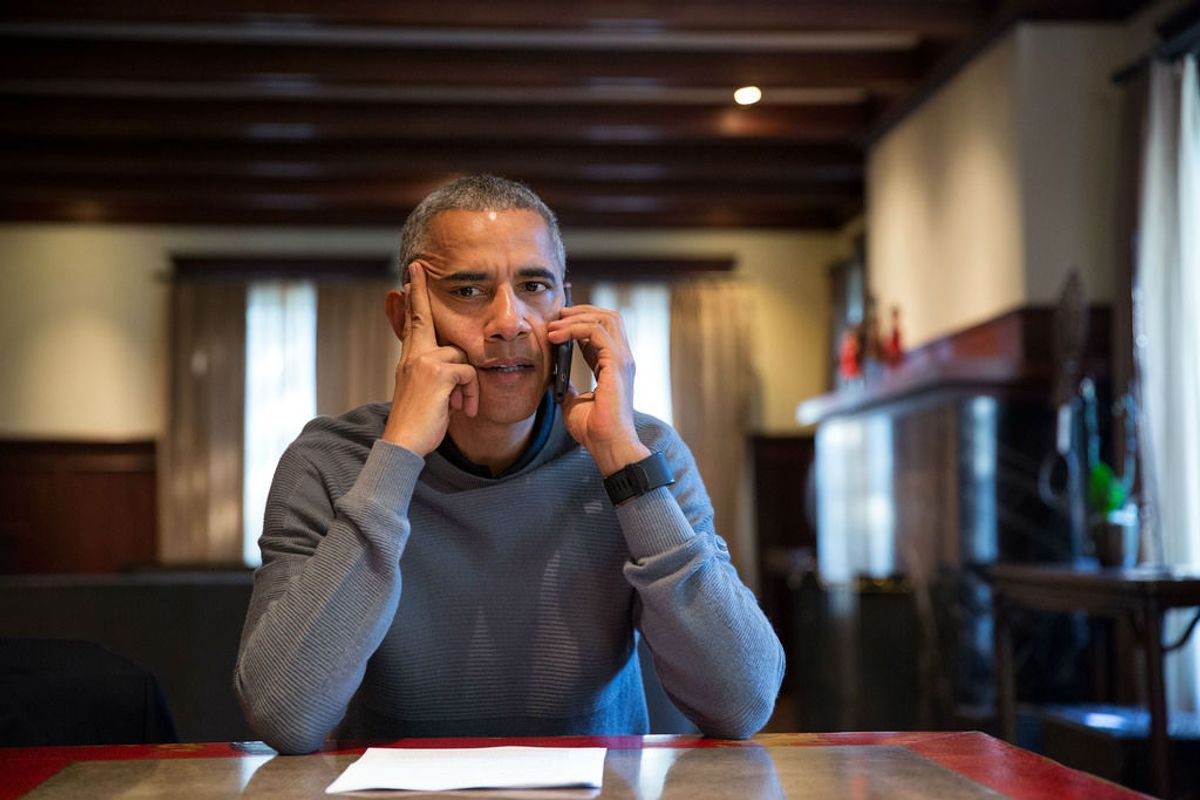 In wake of the controversial 2016 presidential election, President Obama has signed what may be one of his final executive orders. On Monday morning, President Obama signed Executive Order 13749 banning all fake news websites and ensuring penalties ranging from fines/fees to criminal prosecution for those that own and maintain such websites.

In the days after President-Elect Donald Trump won the 2016 presidential election the topic of fake news has been one of fierce controversy as many point to a myriad of frequently trending- yet fake news articles that were widely circulated on social media websites such as Facebook and Twitter during the election cycle. According to many critics, the rate in which fake news was circulated online unfairly influenced the results of the election.

The story quoted here was published by TheBostonTribune.com, a web site that has a history of publishing hoax stories, such as a completely baseless claim that Michelle Obama's mother would receive a $160,000 annual government pension, or that Wisconsin eliminated all "FoodShare/EBT programs" as of 1 December 2016.

In addition to the web site's less-than-nodding acquaintance with the truth, a list of executive orders signed by the President is available to the public. While the president did sign two executive orders on 29 November 2016, neither of them was "Executive Order 13749" or had anything to do with the media.

The Boston Tribune made a second claim later in their hoax article, when (in a remarkable feat of self-awareness) its author wrote that Obama's alleged executive order was spurred by a story published by a fake news outlet, but masquerading as a real news outlet:

According to multiple sources, the fake news article that was the apparent “last straw” leading-up to President Obama’s decision to sign Executive Order 13749 was an article run on a fake news website with the misleading domain – www.thebostontribune.com.co. The website was designed to trick readers into thinking that they were reading information from our publication (The Boston Tribune), however – the almost unnoticeable distinction between our website and this fake website was the ‘.co’ added to the end of the domain. When we first learned of the copycat website spreading fake news we contacted the publisher of the misleading website (later identified at Aaron Baker) and asked that the website be taken down immediately – Mr. Baker failed to respond to our request.

The article published by the fake news website is one that many will recognize as it spread rapidly on Facebook and quickly received over 300,000 shares. It featured the headline – “Unmotivated Voters Paid $50 To Cast Democratic Vote”.

While it is true that a common tactic used by purveyors of fake news in 2016 was to publish stories on misleading domain names, anyone attempting to imitate a legitimate news organization by adding ".co" to TheBostonTribune.com would be severely misinformed, as neither version of the web site is a reliable source for truthful information.

The one aspect of The Boston Tribune's report that actually was based in reality was its mention of a speech that President Obama delivered in Berlin about the rampant spread of misinformation on the internet:

Because in an age where there's so much active misinformation, and it's packaged very well, and it looks the same when you see it on a Facebook page or you turn on your television, where some overzealousness on the part of a U.S. official is equated with constant and severe repression elsewhere, if everything seems to be the same and no distinctions are made, then we won't know what to protect. We won't know what to fight for. And we can lose so much of what we've gained in terms of the kind of democratic freedoms and market-based economies and prosperity that we've come to take for granted.

He mentioned nothing about signing a ban into law, because the story reporting that he did so is indisputably false.

Media Matters.   "President Obama: "There's So Much Active Misinformation" That Looks The Same As Actual Information When It's "On A Facebook Page" Or On TV."     17 November 2016.