Does In-N-Out Cup Weigh in on Jeffrey Epstein’s Death? 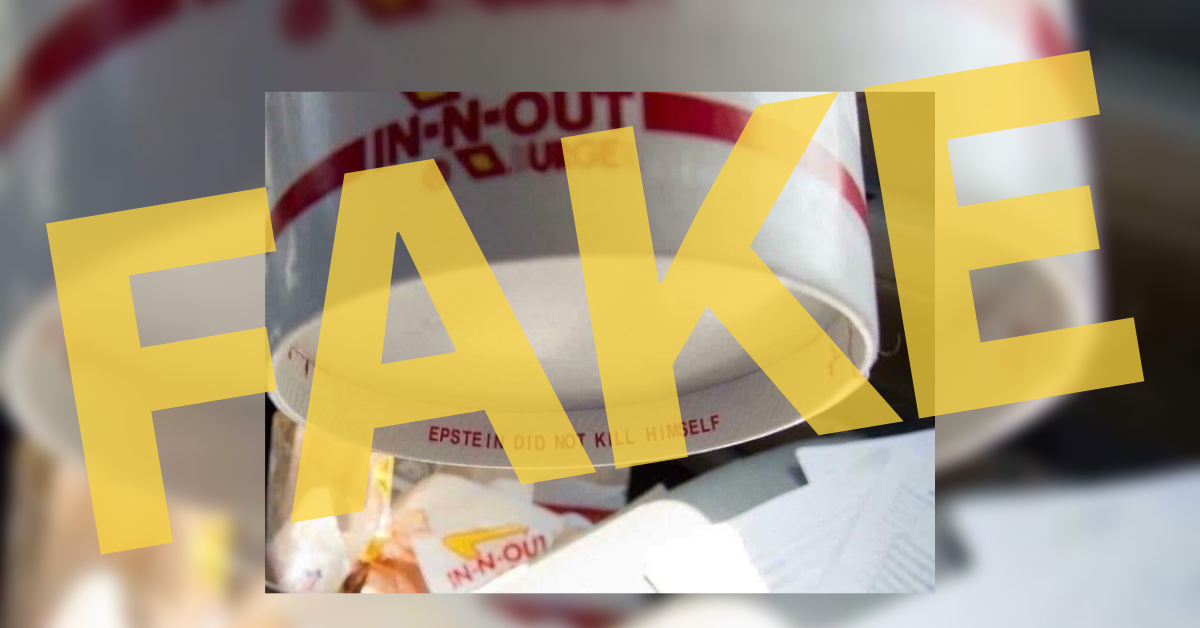 Claim:
A photograph shows an In-N-Out restaurant cup bearing the message "Epstein did not kill himself."
Rating:

In November 2019, a meme reanimated an old rumor about clandestine messages printed on In-N-Out restaurant cups. As one sharp-eyed Redditor noted, this was a “[Photo]shop of a shop.” In other words, it was obviously a digitally altered version of an existing meme, which Snopes identified as "False" back in October 2015.

Back then, the image was manipulated to read “Hail Satan,” where in reality a Bible verse notation would appear. As Snopes reported in 2002: “Though even In-N-Out Burger can’t provide a precise date of when the Bible citations were first placed on its packaging, company records indicate they’ve been there at least since 1987 [...]”

The latest variant of the "secret" text on the In-N-Out cup plays off a trend of odd memes fueling Jeffrey Epstein conspiracy theories via not-so-subliminal messaging.

Thanks for coming to my Ted Talk #Epstein #givein pic.twitter.com/aQoFMErVun

1. Pickled foods are good for your tummy
2. You don't need to run or workout, long walks can be enough to stay in shape
3. Jeffrey Epstein was murdered in a high security prison
4. Carbonated water can be bad for your teeth, so don't drink it too often