Are Ingredients in 'Impossible' and 'Beyond Meat' Burgers Indistinguishable from Dog Food?

The burger-imitation products do share a few ingredients with some brands of vegan, grain-free “ultra-premium” dog food. 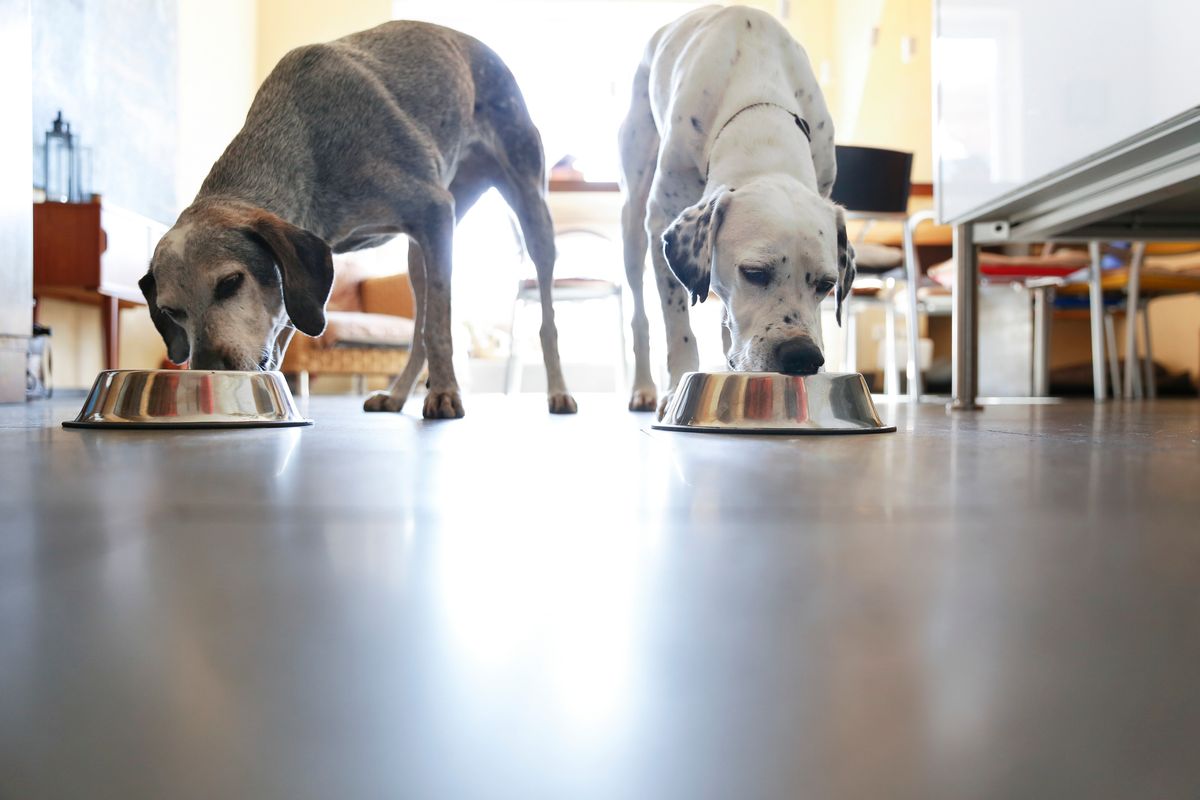 Claim:
The ingredients of two popular plant-based burgers, Impossible Burgers and Beyond Meat burgers, are indistinguishable from dog food.
Rating:

Impossible and Beyond Meat Burgers share some ingredients with at least one brand of vegan, grain-free dog food selected for the comparison.

The purported similarity between the three ingredient lists is overstated.

In late June, 2019, University of California-Davis Professor Frank Mitloehner tweeted the ingredient list of three food items, two of which were popular plant-based burgers and one of which was “premium dog food”:

The point, Mitloehner later tweeted, was that the two most notable plant-based imitation burgers, Impossible Burgers and Beyond Meat Burgers, were “indistinguishable from dog food.” From a factual standpoint, the three images accurately depict ingredient lists for (from left to right) a Beyond Meat Burger, “Walk About Dog Food” brand “Super Premium” grain-free vegan dog food, and an Impossible Burger.

Let’s get into the weeds: 10 of the ingredients (taking some chemical liberties and ignoring entirely the relative amounts of each) of the 20 listed for the Impossible Burger can also be found among the 28 in the vegan, grain-free dog food:

Most of the shared ingredients are vitamins and minerals. Using the current ingredient list (which differs slightly from the one used in the viral tweet), two of the 18 Beyond Meat burger ingredients also appear among the 28 in the vegan grain-free dog food:

In the case of the Beyond Meat burger comparison, both use peas as their source for protein. Indistinguishability is perhaps in the eye of the beholder, but significant differences do exist between the burger-ingredient lists and the dog-food lists.

A broader question, though, is what scientific point does such a comparison serve? One could make a similar argument that the ingredients in high-quality, organic beef dog food are “nearly indistinguishable” from canned beef chili served in the supermarket, but such a comparison wouldn't be all that illustrative. Indeed, like the Beyond Meat burger and the vegan dog food, the chili and the beef dog food both use the same protein source.

We asked Mitloehner, who studies chemical emissions from animal agricultural practices and who has served as an expert witness defending the agricultural industry in the U.S. Congress, what scientific point he was illustrating with his tweet. Via email, he told us his concerns were with how the plant-based burgers were marketed:

These plant-based alternatives are often marketed as burgers made from plants. In reality, they fully qualify for the NOVA definition of “ultra-processed foods," of which many (or most) nutrition scientists, dietitians and clinicians warn us constantly.

The claim of them being more healthy and/or wholesome than real meat is not supported by facts. These patties are as ultra-processed and consist of almost identical ingredients as dog kibbles.

If you compare the three, you might have had a hard time identifying the dog food yourself, right?

Asked about his interest in the topic, Mitloehner told us it stemmed from “the many media requests I receive about plant-based products including several [media appearences] alongside [Impossible Foods founder] Pat Brown and [Beyond Meat founder] Ethan Brown and the many factually incorrect claims they make about animal agriculture, which often otherwise go unchallenged in the media.”

The original conceit behind these plant-based burgers was one of sustainability: being able to produce something that tastes like meat using a process that could scale up and still be sustainable. As an example, this is why the Impossible Burger uses GMO yeast to produce a protein — heme — that could theoretically be produced by widespread soy cultivation. The amount of soy required to produce heme would not be sustainable in the long-run. (Beyond Meat does not use GMO products and does not include the protein heme, which is touted as the key to Impossible Burger’s taste.)

These burgers are indeed often marketed as a healthy alternative to meat, and that assertion is a bit muddier. Pound for pound, meatless burgers have comparable amounts of protein, and Impossible Burgers have the same (or more) vitamins, and minerals added, according to Harvard Medical School’s Health Blog:

The protein content of these newer plant-based burgers has been created to compete with beef and poultry gram for gram. Both the Impossible Burger and Beyond Burger have comparable amounts, the former deriving protein mainly from soy and the later from peas and mung beans.

Impossible Burger also adds vitamins and minerals found in animal proteins — like vitamin B12 and zinc — in amounts equal to (and in some cases, greater than) both red meat and poultry.

On the negative side, these plant-based burgers also contain comparable, if not elevated, amounts of saturated fat, which can contribute to heart disease. Additionally, Mitloehner’s point about the level of processing in plant-based burgers is a valid one — many of the ingredients are heavily processed and appear to meet international standards for ultra-processed food — generally considered to come with a host of nutritional deficiencies.

Beyond Meat.   “Beyond the Headlines: a Clarification Regarding Beyond Meat and Impossible Foods.”     15 August 2017.