Does This Image Show an Animal Cell?

Some social media users likened the image to India on Diwali night. 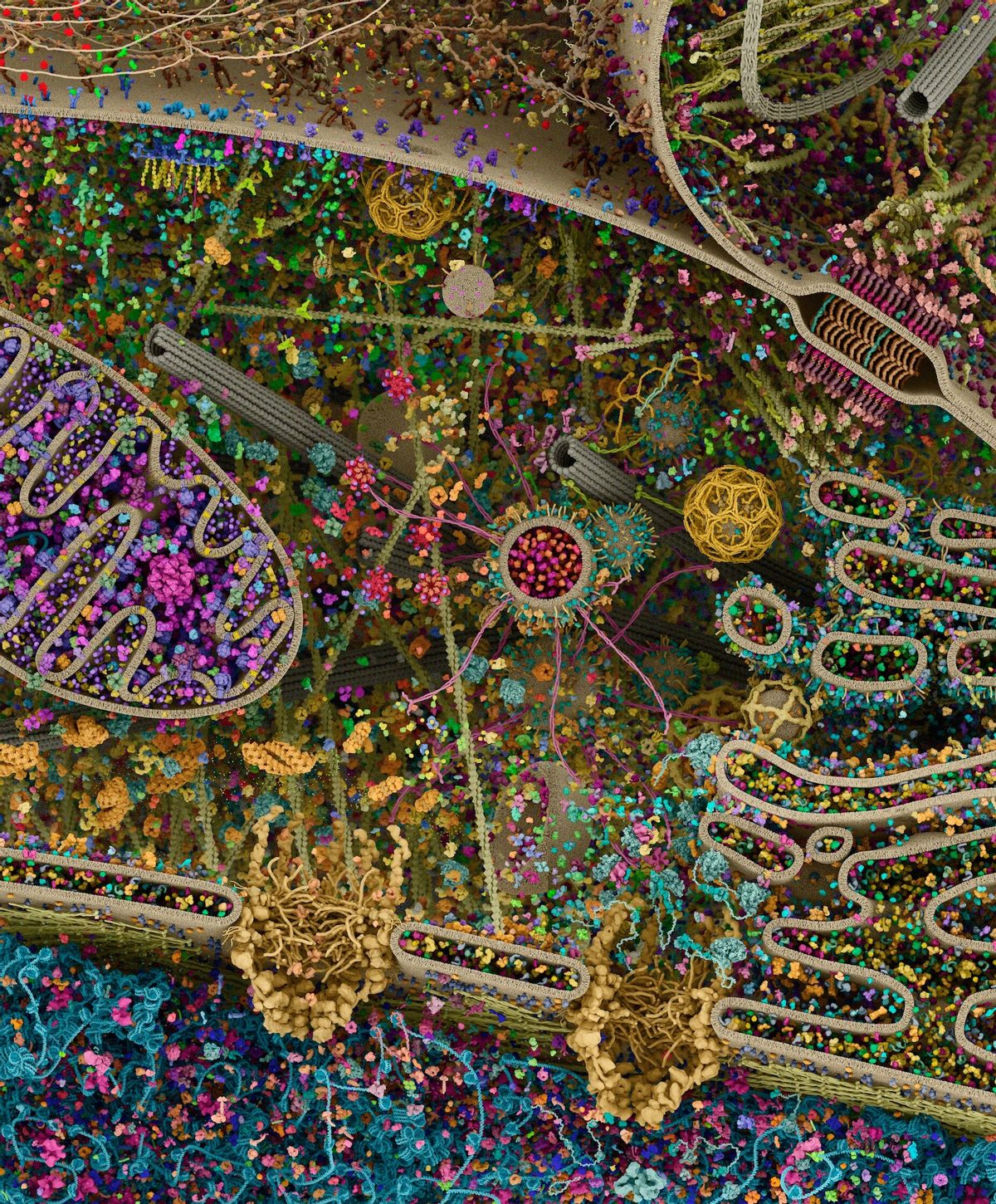 Claim:
A highly detailed image showed the many microscopic components that make up an animal cell.
Rating:

A highly detailed image shared on social media in 2020 showed the complex microscopic components that make up an animal cell. The image was shared on both Reddit and Twitter on Nov. 7, 2020, by Mahjabin Noroozi, a researcher with the Stanford Cancer Clinical Trials Office. At the time Noroozi described it as the “most detailed model of a human cell to date.”

Some social media users likened the image to what might appear to be an aerial photo of India on Diwali night, a five-day festival of lights. However, a reverse image search revealed that the image in question was titled, “Cellular landscape cross-section through a eukaryotic cell” and was created by Evan Ingersoll and Gael McGill for Cell Signaling Technology, Inc., a private biomedical company that studies cell signaling. Cell signaling occurs when individual cells communicate with one another in response to changes in their environment, according to Nature Education.

The image in question was a 3D rendering of a eukaryotic cell that was modeled using X-ray, nuclear magnetic resonance (NMR), and cryo-electron microscopy datasets. Though it’s not a direct image of an animal cell, it was created to show processes that occur in animal cells.

“It is an attempt to recapitulate the myriad pathways involved in signal transduction, protein synthesis, endocytosis, vesicular transport, cell-cell adhesion, apoptosis, and other processes,” wrote McGill. “Although dilute in its concentration relative to a real cell, this rendering is also an attempt to visualize the great complexity and beauty of the cell’s molecular choreography.”

An interactive version of the image shows in greater detail each component on an animal cell, including the tubulin, the vesicle membranes, and the mitochondrial outer membrane.