Is This an Abandoned Military Base's Deadly 'Experimentation Room'?

"Something" supposedly escaped from this facility's "experimentation room" and killed five people. 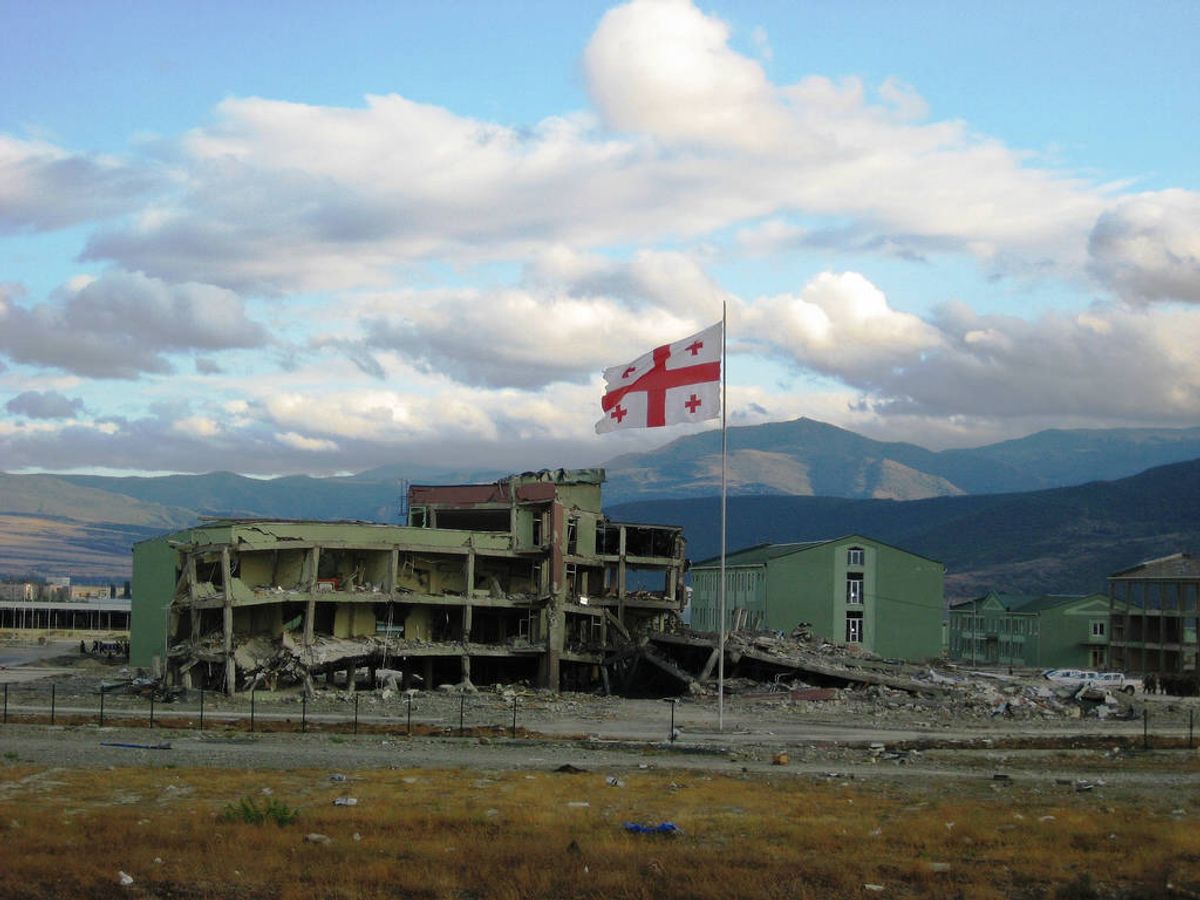 Claim:
A photograph shows an abandoned military base that was abandoned after "something" escaped from the facility's "experimentation room."
Rating:

At least as far back as 2014, a photograph purportedly showing a military air base that was abandoned after "something" escaped from the facility's "experimentation room" has been circulated on viral content sites such as iFunny and Memedroid: This was an old military air base. Data shows it was abandoned when something from the experimentation room escaped and killed 5 people.

While the picture is genuine, the backstory commonly attached to it is a work of fiction. The photograph was taken by British photographer Gina Soden, whose watermark is visible in the image. In response to a query, Soden explained that the photograph actually shows an abandoned factory that had housed the development of jet engines:

Hey! Oh that picture doing the rounds again haha. Wonder how I can get rid of that lol. I'm exhausted and it's pretty late but it's not that at all. Was a control room in an abandoned factory which was used for the design and dev[elopment] of gas turbine and jet engines. My cousin used to work there, I had no idea until it shut down. Quite a secretive place. Now been demolished unfortunately to make way for a Tesco depot.

Sure, I don't usually (provide the location), but since it's demolished ... Pyestock. NGTE. National Gas Turbine Establishment. Went there about 5 times, local to my old place, photographed most of it ... snuck around in the tunnels, chased by security.

Soden described her photography in an 2014 Ramblers interview:

I want to explore the boundaries of beauty, decay, nostalgia and neglect. The genesis of each piece of my artwork is often the unique architectural character of each location, heightened by their painfully slow transformation after years of abandonment. My works feature derelict asylums, long since closed schools, ex-military compounds and famous city power stations in various stages of decay. Every image is a product of a journey, referring both to the physical demands of gaining entry and to the passing of time which is evident in the abandoned locations.

Soden describes herself on her Facebook page as a photographer who specializes "in the field of dereliction," and her Flick account is full of photographs of buildings in various states of decay.