Are 'Illegals' Lining Up to Vote in Battsville, Arizona?

An image circulating on Facebook was taken in Mexico, not Battsville, Arizona — a city that does not exist. 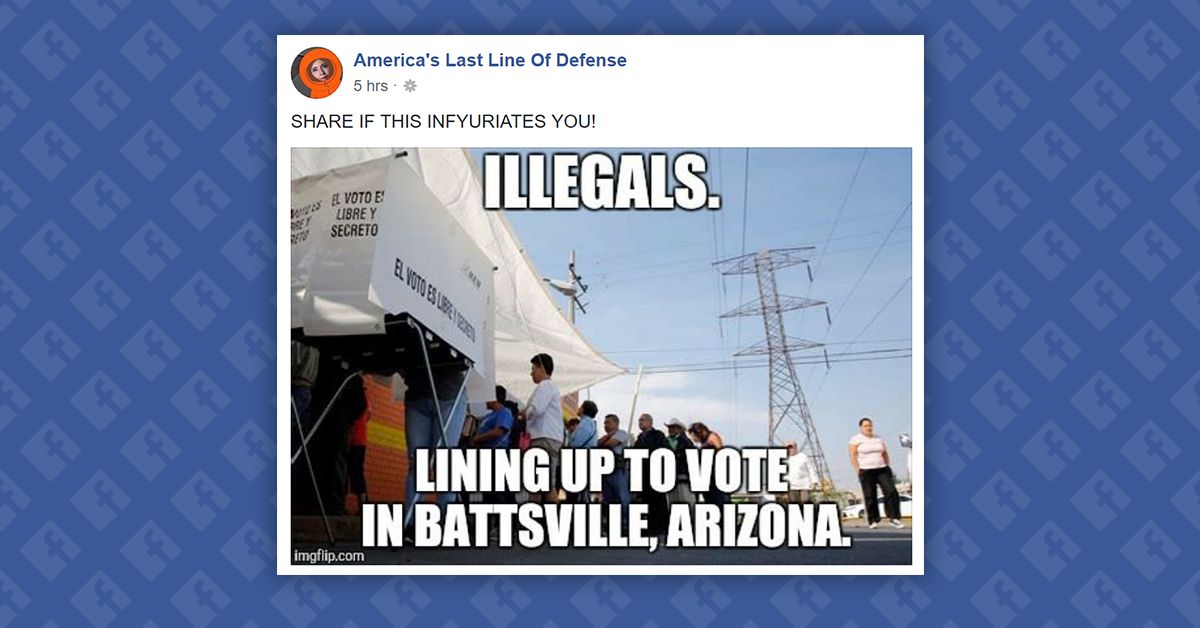 On 14 May 2018, the Facebook page for the America's Last Line of Defense web site shared the following photograph purportedly showing "illegals lining up to vote in Battsville, Arizona": Readers may notice that the city of Battsville, Arizona, does not exist. And a reverse image search quickly demonstrated that the photograph was in fact a Reuters news service photo taken during an election in Mexico in June 2017, as noted in its caption: "A woman prepares her ballot as other people wait in line to cast their votes for governor of the State of Mexico at a polling station in Chimalhuacan, Mexico."

In short, the image's location, date, and the events depicted were all completely misrepresented; furthermore, it is impossible to discern anyone's citizenship or documentation status by appearance alone.

This meme is a simply a fabrication created by America’s Last Line of Defense, a site that is part of a network of fake news sites dedicated to spreading political misinformation and disinformation under the guise of proffering “satire.”