Critics of the Minnesota Democrat shared an outrageous, inflammatory image online in August 2019. 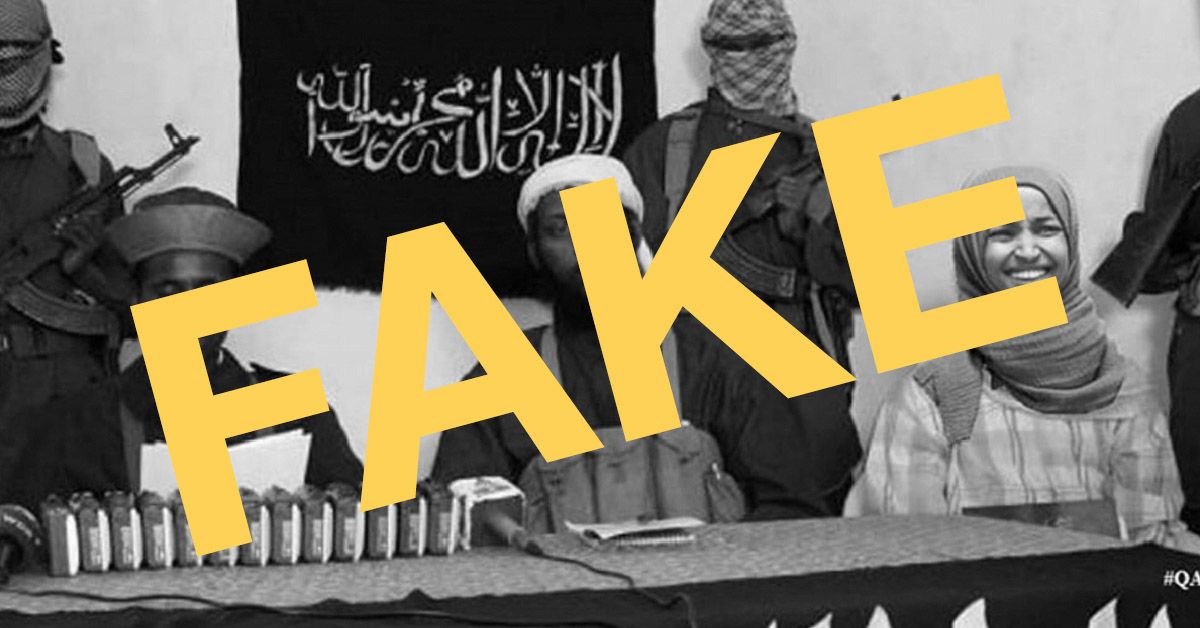 U.S. Rep. Ilhan Omar, D-Minn., has for several years been the target of rumors and misinformation, much of it related to her personal background as a former refugee from Somalia who became one of the two first Muslim women to be elected to the U.S. Congress, in 2018.

In August 2019, some of her critics and opponents promulgated a photograph that falsely described Omar cleaning a firearm as part of her training at "jihad academy." (The photograph was taken in 1978, before Omar was born.)

And weeks later, another doctored photograph emerged on social media, this time purporting to show the Minnesota Democrat smiling and sitting among armed terrorists:

The picture was a fake and consisted of an image of Omar's face digitally superimposed onto a photograph of a news conference held by the al-Qaida-linked terrorist group al-Shabab.

The picture of Omar was taken by Associated Press photographer J. Scott Applewhite on Nov. 15, 2018, as the then-U.S. representative-elect was walking to a meeting of Democrats at the Capitol building in Washington, D.C.:

The section containing her head and scarf was then digitally extracted and superimposed onto the second photograph. That picture was taken by the Reuters photographer Feisal Omar and shows an al-Shabab news conference in Mogadishu, Somalia, on Dec. 14, 2008:

The result of the digital manipulation was the fake and inflammatory image shared online in August 2019: