Was Ilhan Omar Sworn in with Her Hand on the Quran?

The Minnesota House of Representatives member used a commemorative Quran when she was ceremonially sworn into state office in 2017. 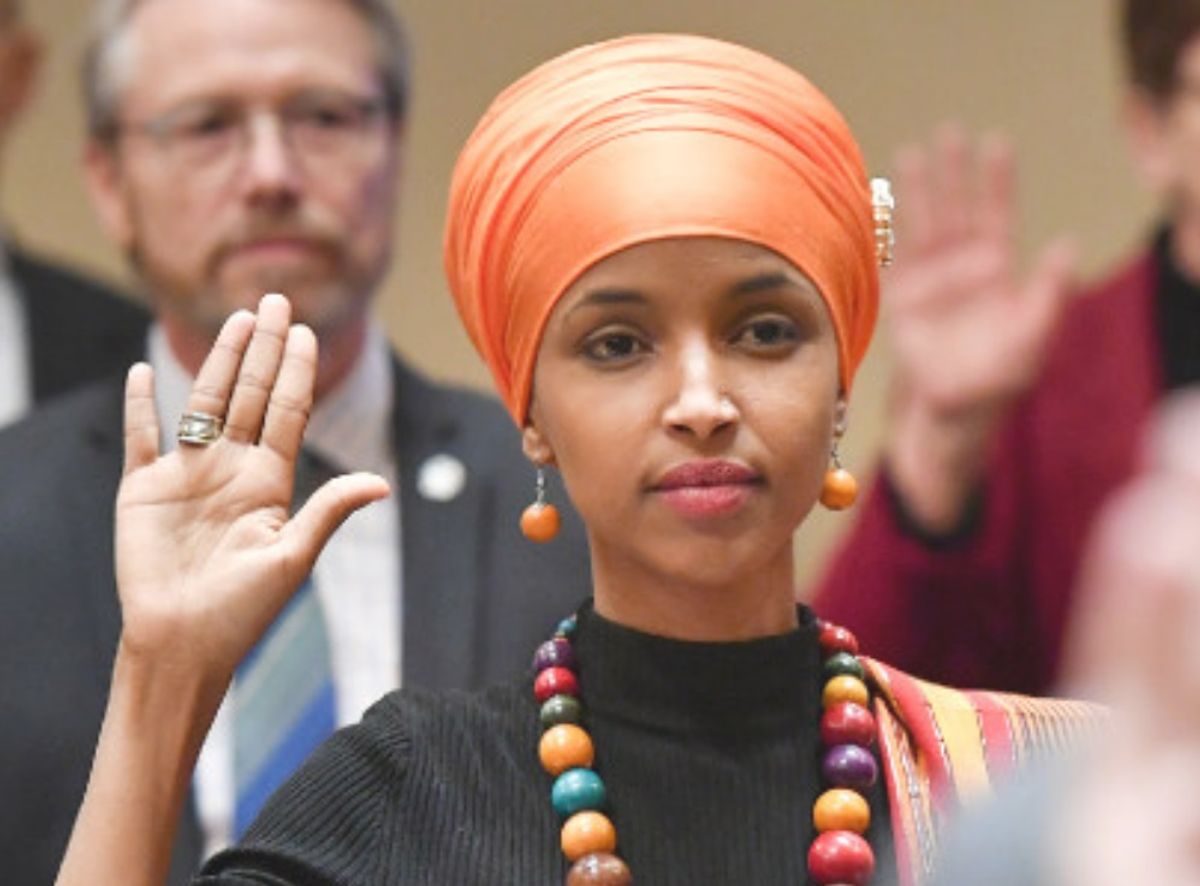 Claim:
Ilhan Omar took part in her swearing-in to the Minnesota House of Representatives with her hand on a Quran.
Rating:

Ilhan Omar used a Quran for an optional ceremonial event staged for family members and photographers after her swearing-in to the Minnesota House of Representatives.

No Quran was used during Omar's actual swearing-in to the House.

On 3 September 2018, the website "Deplorable Kel" published an Islamophobic "flashback" article to remind readers that Ilhan Omar, a Somali-American politician, took part in a ceremonial swearing-in for the Minnesota House of Representatives with her hand on a Quran in January 2017, and to urge readers to vote for her opponent in an upcoming election for a seat in the U.S. House of Representatives

Ilhan Omar is a Democratic member of the Minnesota House of Representatives, representing District 60B. She was first elected in 2016. Omar was the first Somali muslim legislator elected to office in the United States.

In January of 2017, Omar was sworn into office with her hand on a quran. Not just any quran, but the biggest quran that Omar could find.

Ilhan Omar is currently running for Congress in Minnesota.

Will she be sworn in with her hand on the quran, again?

Minnesota voters, it’s up to you! Get out and vote for Omar’s opponent, Jennifer Zielinski, on Nov. 6th 2018! Deplorable Kel didn't offer any explanation for why readers should vote against Omar, other than the obvious implication that her religion makes her an unsuitable choice.

Ilhan Omar became the first Somali-American legislator elected to office in the United States when she won a race for a seat in the Minnesota House of Representatives in November 2016:

Ilhan Omar will be the first Somali-American to serve as a legislator, the Minneapolis Star-Tribune reported. Omar garnered a commanding win in a state House race, having faced little opposition from Republicans.

"It's the beginning of something new," Omar told the Star-Tribune. "This district has a legacy of making history. I am excited for our progressive values and to be able to be on the ground at the Capitol representing the diverse people of my district and being a champion with them and for them."

Omar is a 34-year-old Muslim American. She wears a hijab and represents Minnesota's future: younger, more urban and more racially and ethnically diverse.

When she was sworn in a few weeks later in January 2017, Omar chose to use a commemorative copy of the Quran for the ceremonial aspect of the event. The ceremony can be glimpsed in the following news report from VOA News:

Bibles are traditionally used during the swearing-in ceremonies of politicians in the United States, but that practice is merely customary and not a legal requirement. President John Quincy Adams, for example, was sworn into office on a book of law rather than a Bible, and fellow Minnesota politician Keith Ellison also used a Quran when he was sworn into Congress in 2007:

Keith Ellison made history, becoming the first Muslim member of Congress and punctuating the occasion by taking a ceremonial oath with a Quran once owned by Thomas Jefferson.

"Look at that. That's something else," Ellison, D-Minn., said as officials from the Library of Congress showed him the two-volume Quran, which was published in London in 1764.

It should be noted that occasions like the one pictured in the Deplorable Kel article above are merely optional ceremonial events staged for family members and photographers, which take place after the official swearing-in procedure has been completed. In U.S. legislative bodies, including the U.S. Congress and most state legislatures, newly elected and re-elected members first participate in an official swearing-in ceremony in which everyone takes the oath of office simultaneously without the use of any books or props, as seen below:

Ilhan Omar is currently running for a seat in the U.S. House of Representatives to represent Minnesota's 5th Congressional District, potentially positioning her to become the United States' first Muslim congresswoman (possibly alongside Detroit's Rashida Tlaib). We reached out to Omar to find out if she planned to use a Quran again if she won the upcoming election but did not hear back from her by press time.