U.S. President Donald Trump has made a number of incendiary remarks attacking Ilhan Omar and other congressional members of the so-called "Squad." 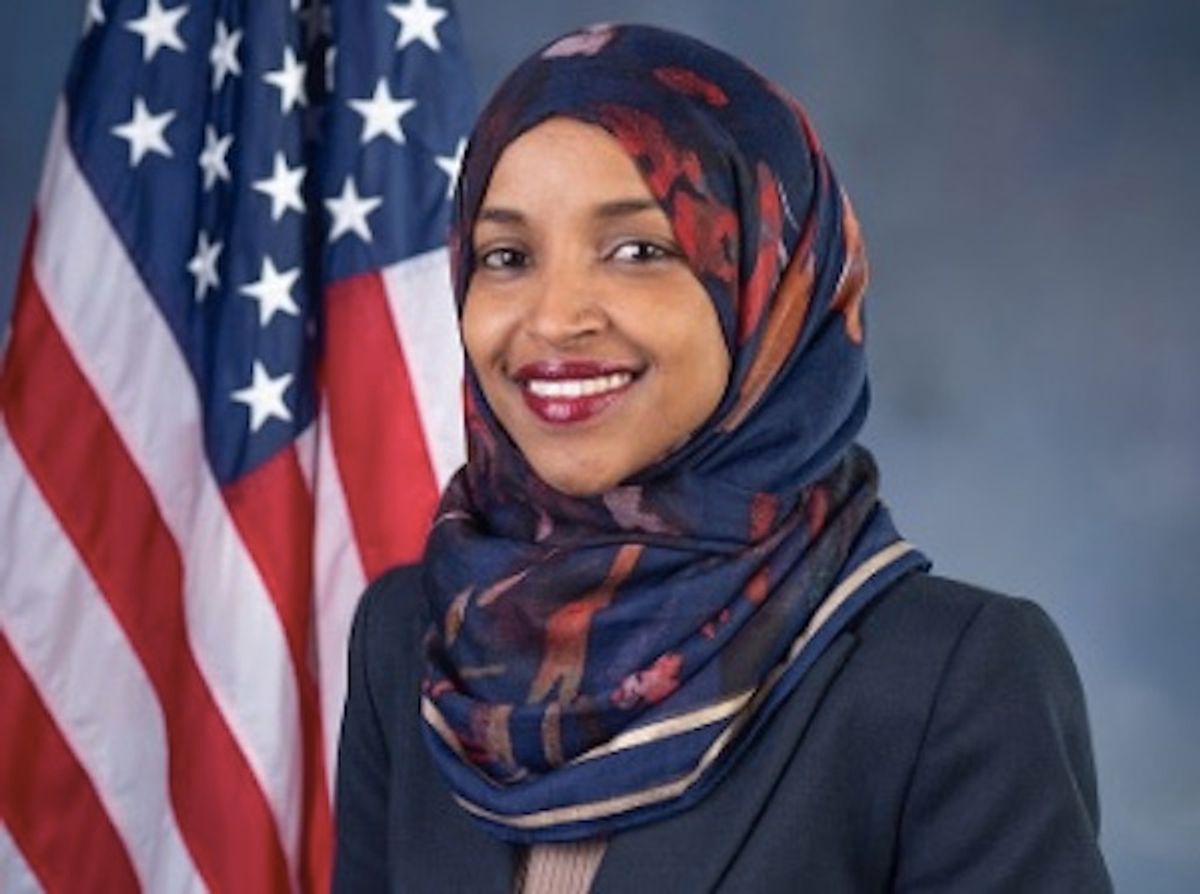 U.S. President Donald Trump launched incendiary attacks on four freshman members of Congress, all of them women of color, in mid-July 2019. In an ongoing tirade, he called on the women, who are all American citizens, to "go back" to the countries they came from, and accused them of being anti-American.

In attacking the four progressive Democrats who have been colloquially dubbed "the Squad," Trump has directed much of his ire at U.S. Rep. Ilhan Omar, one of the first two Muslim women elected to serve in Congress and the first to wear a religious head scarf. During an attack on Omar at a July 17, 2019, rally in North Carolina, he accused her of saying that the terrorist group al-Qaida makes her "proud."

The accusation is false and is a distortion of Omar's statements during a 2013 interview with a local PBS station that were made before she was elected to public office.

But Omar never said that al-Qaida makes her proud. So where did Trump get that particular story from?

The comments Trump referenced were made during a 2013 television interview with "BelAhdan," a PBS talk show focusing on news stories of interest to the Muslim community in Minnesota. Omar, who wouldn't be elected to public office for another three years at the time, was introduced as a local activist.

In the portion of the interview in question, Omar and host Ahned Tharwat were discussing the tendency for English speakers to pronounce Arabic words with an intensity that makes the words sound more threatening than their literal definitions. The Arabic term "madrassa," for example, simply translates to "school." Even the names of terrorist groups, they said, sound flat when translated from Arabic. Al-Qaida, for example, means "the army." Al Shabab means "the youth."

Omar called it a byproduct of sensationalism in the news media that casts Muslims in a suspicious light overall. As an example of the phenomenon, Omar said she took a college course on the ideology of terrorism, and noticed that the professor pronounced Arabic words in a peculiar way.

"The thing that was interesting in the class was every time the professor said 'al-Qaida,' he sort of like — his shoulders went up." In contrast, she added, people don't say English words like "England," "America," or "the army" with the same emphasis.

The reason for the emphasis, she said, is because "you want that word to carry weight. You want it to leave something with a person. It's said with a deeper voice ... When you hear a lot of people speaking in Arabic, suspicion arises." At no point in the discussion did Omar say or imply she is "proud" of al-Qaida.

The full interview can be viewed on Tharwat's YouTube channel, while the portion in question can be watched here: