Was Ilhan Omar's Brother Arrested with ‘200 Lbs. of Explosives’?

More lame "satire" about Muslims and terrorism from the lamest of junk news sites. 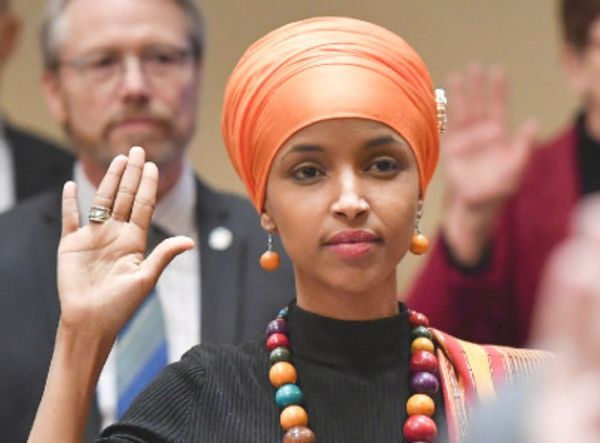 On 9 February 2019, the America's Last Line of Defense website published an article reporting that the brother of Ilhan Omar -- a Somali American politician serving as the U.S. Representative for Minnesota's 5th congressional district -- had been arrested for plotting to carry out bombing attacks against churches in Dearborn, Michigan:

When everyone warned that newly elected Democrat Senator Ihlen [sic] Omar would open the floodgates and allow terrorism to reign supreme, liberals scoffed. But now her brother has been arrested — and guess what law enforcement got him for?

If you guessed “hundreds of pounds of improvised explosive devices,” you are correct. Unfortunately you don’t win a prize. But fortunately for the people of his hometown of Dearborn, Michigan, he didn’t have time to pull off his dastardly plan to “rain down destruction on the infidels.”

According to the FBI, Jong Harper planned to place the devices at the three remaining Christian churches in Dearborn to “purge the evil from our great Muslammic city,” which he called the “Mecca of the West” according to the FBI.

Prong was arrested hours before his first planned attack against the Church of Christ on 14th Avenue.

None of this was true. This report was a completely false account fabricated by America's Last Line of Defense, a network of websites and Facebook pages that pump out a steady stream of inflammatory and politically divisive misinformation under the guise of proffering "satire."