Is This Massive, Ceiling-to-Floor Icicle From the Texas Storms?

A photo of an impressive looking indoor icicle was shared frequently online during the Texas blackouts. 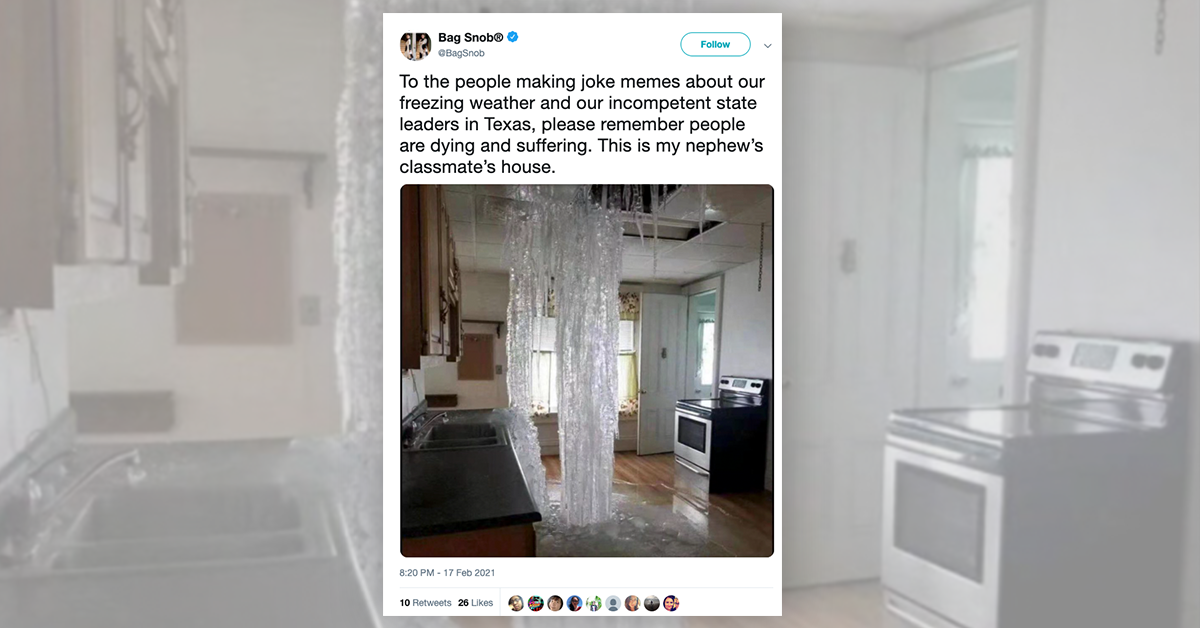 Claim:
A photo of a large indoor icicle was taken during the Texas blackout in February 2021.
Rating:

In late February 2021, Texas experienced an unprecedented winter storm that disrupted the state's electrical grid, leaving millions without power during frigid cold weather. Several disturbing images from the blackout went viral on social media. One image shared on several different Twitter accounts, however, had nothing to do with that power outage, despite claims to the contrary: The author of the above tweet asserted this image to be taken in Texas during the 2021 blackouts, but this is impossible. The image used in that tweet has been on the internet for years.

For example, the image appears in a January 2018 article on EbaumsWorld titled "36 Amusing Pictures That Will Destroy Your Boredom." It can be found, as well, in a December 2019 article about preventing frozen pipes on the website of the company Thompson Building Associates.

Because the photo predates the Texas blackout by several years, online claims linking it to current events in Texas are "False."